Yesterday, in addition to pulling up the yacon and digging some ginger, I pulled up one Jerusalem artichoke. These obviously aren’t really artichokes. They’re very similar to sunflowers and even the yacon that I mentioned earlier.

Probably about 15 years ago, we were spending spring break at a secluded cabin in Georgia along a trout stream. It was such a gorgeous place and the stream ran right in front of our cabin. I can tell you exactly when it was . . Vince’s daughter is now 32 and while we were at that cabin, he left to go take her to Georgia Tech because she was thinking about going there for college (and she did) so it must have been really close to 15 years ago. 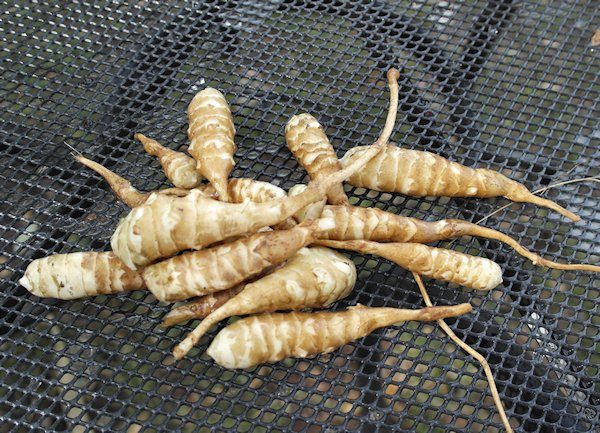 There was a little house farther down the stream and two very old folks lived in that little house. I guess they saw Chad and Vince walking down the stream fishing and figured we must have rented the cabin so they came down to visit us one evening. They invited us down to their place the next day for pie and coffee and since we never say no to food, we walked down there.

The old man grew Jerusalem artichokes and he dug a few, peeled them and had us try them.  I had never seen or heard of them before that. The next day he came walking down to our cabin and brought me a bag to take home to plant.

We were living in Kentucky and we had a sloped area where they had dug out for the driveway . . probably a section about 20′ where we had a problem with erosion and Vince had piled some big rocks along the area to cut back on the erosion. Having read about the invasive nature of the Jerusalem artichokes, I wanted to plant them where they wouldn’t take over so I moved a few rocks, planted the Jerusalem artichokes . . and they grew. As long as we lived there, we had them. We never planted them in Kentucky but now we’re growing them again!

They have a bit of a bad reputation for producing excess gas or stomach cramps but I peel them and put them in salads or use them in place of water chestnuts (like in spinach dip) and we’ve never had problems. Some say that peeling them or cooking them alleviates the gas issue. 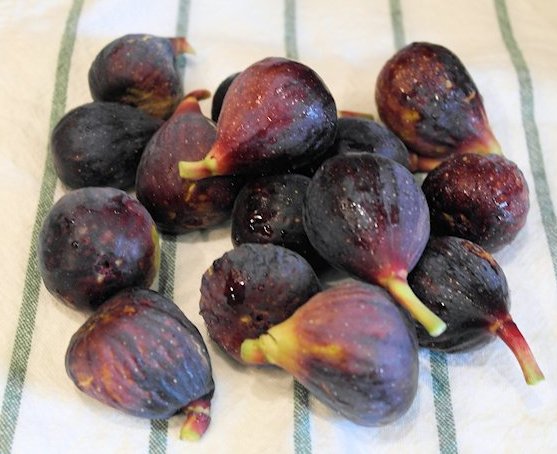 Also yesterday, I picked 25 figs. Only a little over half of them made it inside. I am going to miss having them once we have a frost. Someone asked the other day if I could pick the green figs before the frost. No . . they will not ripen off the tree. 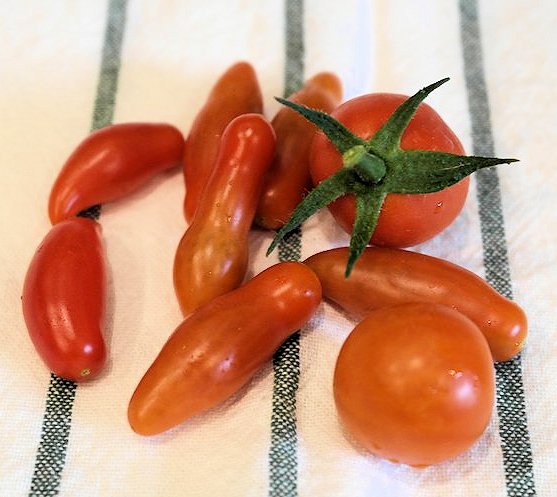 Almost every day I get a handful of tomatoes from the greenhouse. Some days they’re all these long, skinny ones. Some days, they’re all the little round ones. There’s even one plant that’s producing full size tomatoes. I hope I can keep them growing and producing all winter! So far, we’re getting enough tomatoes to have a few in our salads at night or to put on a sandwich at lunch . . but we don’t usually have enough for both. I guess getting a few is better than getting none!