Boots thinks the entire sewing room is his. I don’t think he minds so much when I’m over there knitting. He’ll sit in the chair with me for an hour or so and then he goes back up to his perch in the window.

After about an hour of sharing his room with me, he’s ready for his quiet time. If the fabric closet door is open, that’s where he prefers to go but I prefer that he not go in there so I try to keep that door closed.

He will find a spot where he can snooze and be left alone. 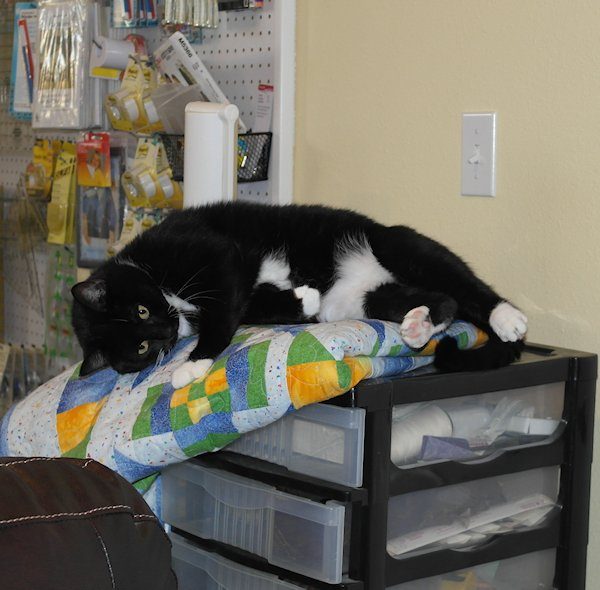 He had been sleeping and I noticed him. As I walked closer to get a picture, I can almost hear him thinking . . are you ever going to leave? 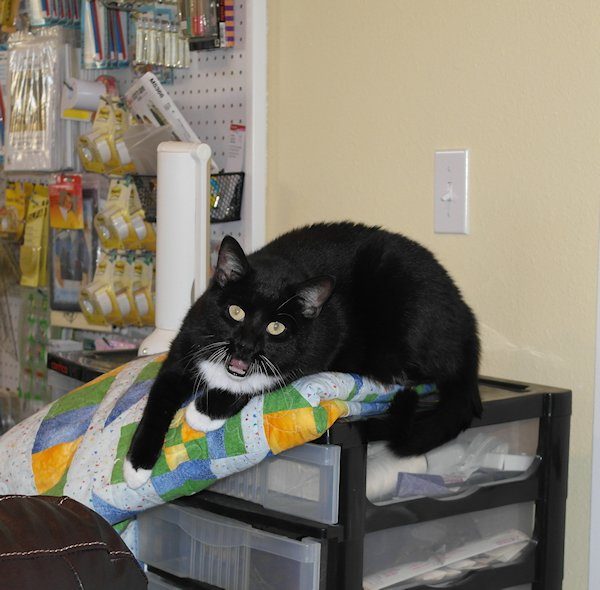 I caught him in the middle of a yawn. He was ready for for me to go so he could finish his nap.

I guess what they say about humans is also true with cats . . it’s always good to see them come but it’s better to see them go!