My rug hooking obsession began on October 24. I knew about rug hooking . . but all I knew was that a friend did rug hooking probably 30 or more years ago and a couple of times, I chatted with her while she was hooking but I didn’t pay a whole lot of attention to any of it.

On October 24, a blog reader emailed me about something else and said she had passed close to my town while going to a rug camp. I asked “what is rug camp?” and 82 emails (really . . I counted) and two days later, we met in Abilene, shared a room for two nights. Two strangers became friends and I fell in love with rug hooking. 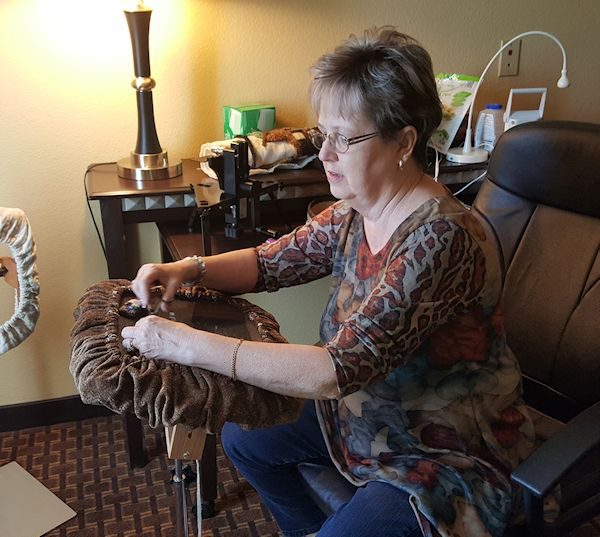 Showing Me How To Do It

She is a retired school teacher, is passionate about rug hooking and was the best teacher!

Vince couldn’t believe I was going to meet a total stranger and spend two nights with her . . I think her husband thought the same thing. Vince said “What if you don’t like each other?” I said “We will!” He said “What if there’s nothing to talk about and you just stare at each other?” I said “We won’t! Have you ever known me to have nothing to say?”  🙂 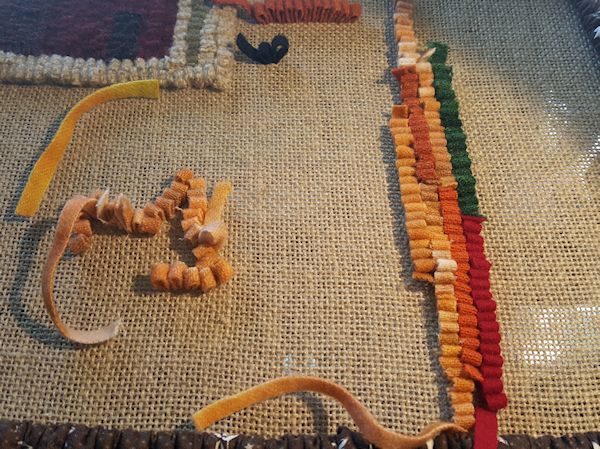 When I got home, Vince wanted to see what I made. I think he was expecting to see something finished. What I had done was work on the outer edges of one of her projects. She had finished the hooking but had not finished the project so I just worked on her scrap edges and didn’t bring any of it home with me. I think at that point Vince was wondering if I had really been doing what I said I was doing! 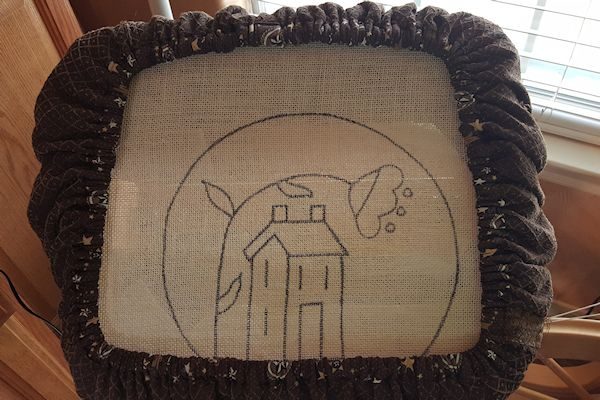 I did come home with a couple of projects. This is the first one I’m working on. Hopefully in a few days I’ll have a good progress photo for you. I’ve started it but I’m slow.

Rug hooking is an expensive hobby when starting but unless I pick up a whole lot of speed, it’s not going to be terribly expensive because this project is probably going to take me months to finish!

I do find it relaxing, though I’m still struggling to find the best position so I don’t end up with aches and pains. What I really need is more room in this house but I don’t think that’s going to happen.