It was some time in June when Cat showed up. He’s feral and would not get anywhere near us. In fact, at first, we’d just catch a glimpse of him and say “Was that a cat?” I can get much closer to him now but he sits and hisses at me. He never tries to attack but he lets me know . . do not get too close and I don’t.  Sometimes he’s sitting by his bowl waiting to be fed and he’s still hissing at me but I have to say . . move . . scoot . . to get him to move away so I can pour food into the bowl.

Thursday morning it was raining and I walked into the carport and spooked him. He ran out of there like a streak of lightning and we didn’t see him any more on Thursday, none on Friday, none on Saturday and none on Sunday. I figured something got him. The last few nights, the coyotes have been so darned loud that they wake us up several times a night. Last night I got up, opened the door and screamed at them. They are right at the edge of our fenceline   . . . maybe 30′ from the bedroom. It’s cool, we’ve had rain to settle the dust and it’s so nice to sleep with the windows open  . . til the coyotes wake us up. I kept thinking . . they’re eating Cat.

This morning Vince called when he left to go to work and told me he saw Cat out by the pipe gate. I went around daylight to let the chickens out . . not about to go out there in the dark with those coyotes so close, but Cat was nowhere to be found. A bit later, when it was getting lighter, I went out to the garden to pick squash and there was Cat! 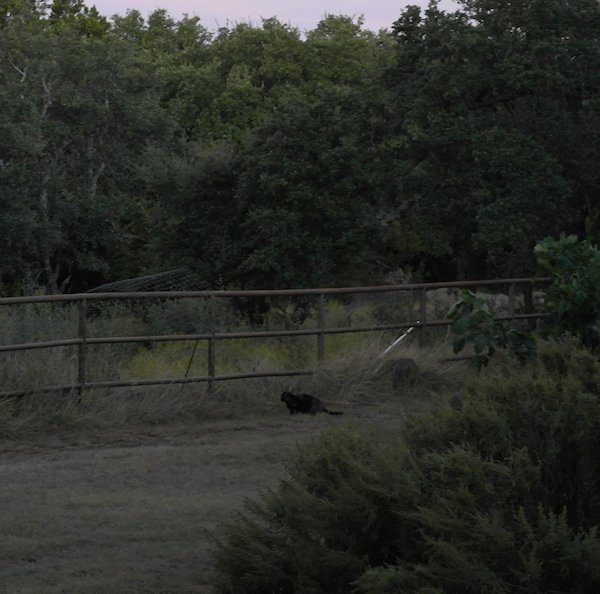 He was stalking something. I’m betting since he hadn’t had cat food since Wednesday morning, he was hungry! 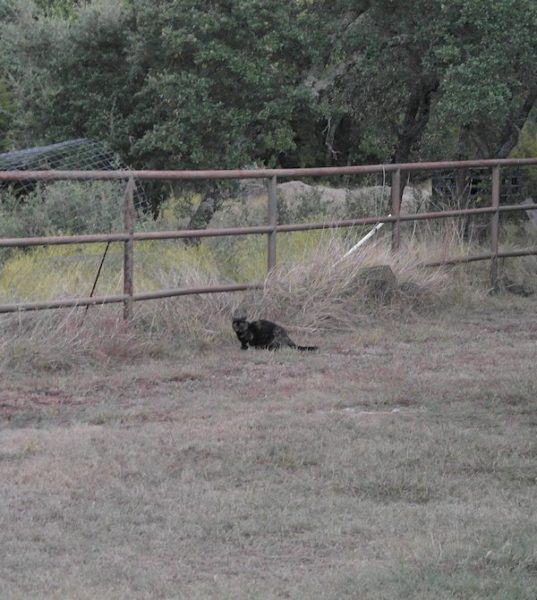 I began taking pictures when I was far away because I didn’t know how close I could get to him. 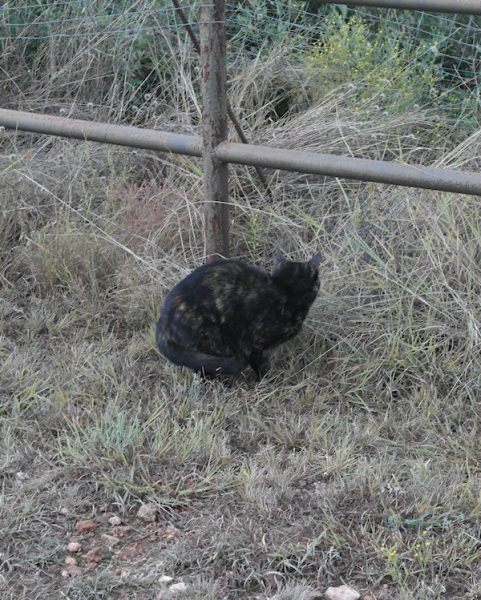 He let me get so close to him, I was afraid he was injured but I walked off and let him alone.

Later, I saw him walking across our front porch. He’s getting so much more comfortable around us and getting closer to the house.

Even though he was way away from his food bowl, I put some food in it and the next time I went out, he was out there eating. 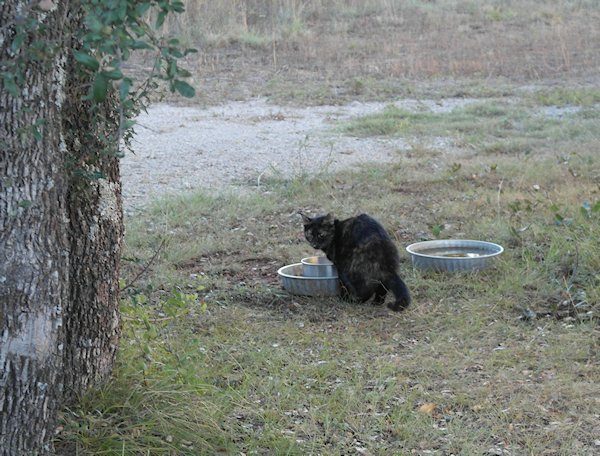 Vince and I are both happy to have him back.