There’s nothing on my needles except my Blue Sand that’s been stuck in a bag for months. My knitting needles are begging for me to start a sweater but I want to finish up the Eat, Sleep, Knit yarnathon projects and the Loopy Academy projects before I start anything else. I feel like I’ve spent this entire year doing challenge type projects and I’m not doing as much of that next year. I really want to work on some of the projects I’ve been wanting to do.

This week was a week of finishing projects.  Addie’s sweater I started on the 13th and finished on the 19th. I did look in town for buttons and didn’t find any so I’ll either order them or send it to Nicole and she can get buttons and put them on it. The sweater may be way too big for her and if it is, Nicole can just stick it aside and when I’m there in the spring, we’ll get buttons and I’ll sew them on. 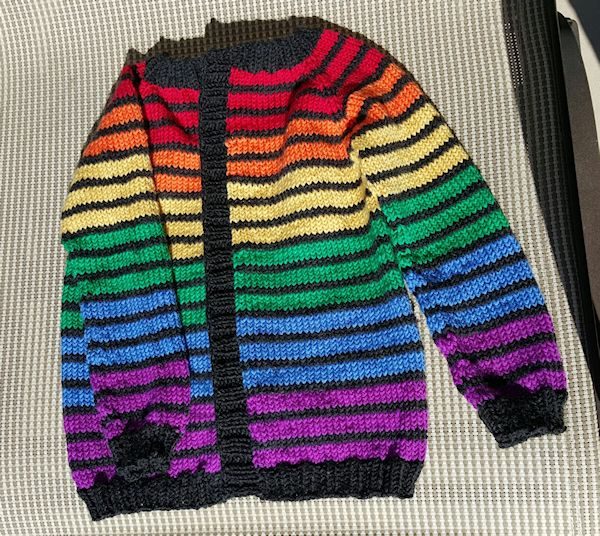 This hat is One Bad Ombre. I started it on Wednesday and finished it about 2 a.m. Thursday morning. 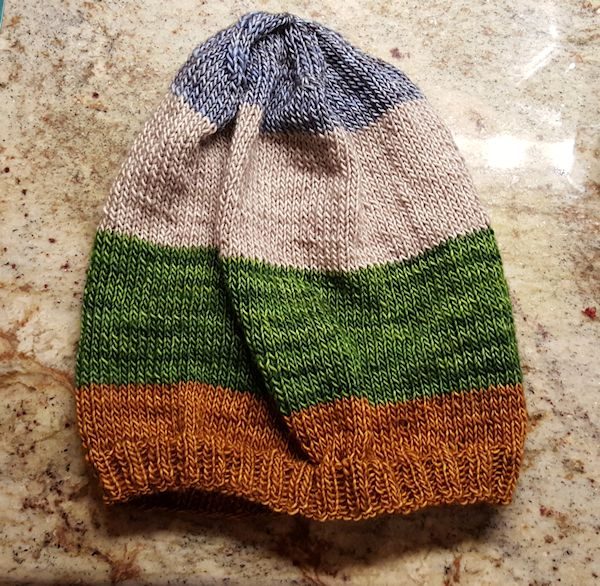 This one I started yesterday morning and finished last night. I should have soaked and blocked it before adding the pom pom but . . I didn’t. 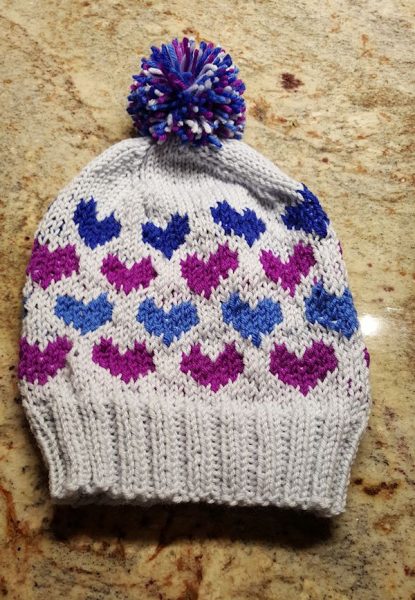