For those who may not have read about how Rita came to be here . . it was towards the end of September, 2014 that I drove into our driveway one day and this little chihuahua was under the carport munching on something she had found to eat. She was scared .. I drove up and she ran. She made it as far as the first curve in the driveway where she could sit and watch me. I called, I begged, I tried to walk towards her but she ran. Over the next couple of days, I saw her a couple of times but Vince never saw her. I put food and water out and the food would disappear but I had no idea if she was getting it or something else was getting it.

I left to go to MO and while I was gone, Vince saw her. He tried to get her to come to him and she wouldn’t. He ended up catching her in a trap and he was trying to get a leash on her and she was growling at him and she escaped. It took a few days of Vince sitting outside, putting food down and putting each piece closer, that she finally came close enough for him to pet her and  . . the rest is history. 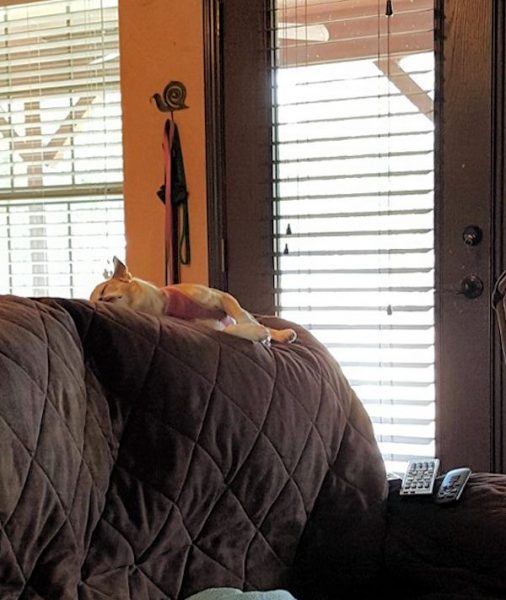 It will be a year tomorrow since she had her first vet visit. I look at her now . . snoozing the day away in the safety of the air conditioned house, and I wonder if she remembers living in the wilds . . having to watch out for coyotes and scrounging for acorns and whatever else she could find to eat. We did find her stash of acorns and for the longest time, every time we let her out, she ran over there and grabbed a few. 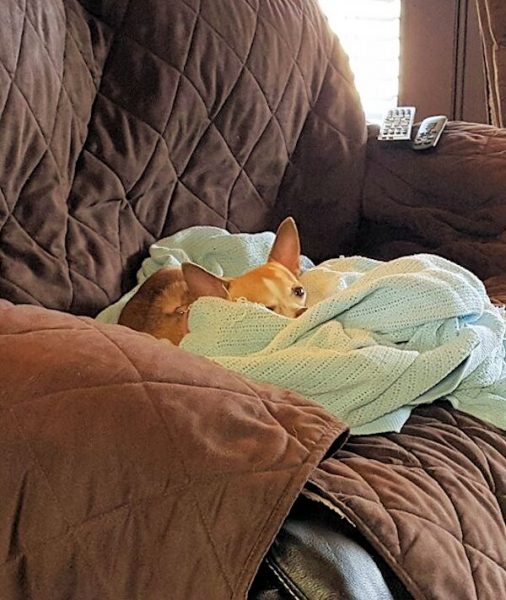 The girl has it made now! She’s the queen of this household. I’m so glad she chose us and so glad Vince took the time to get her to come to him so he could catch her. She’s definitely a member of the family now!