It’s almost time to move plants into the greenhouse. Well, maybe not “almost” time but the long term forecast shows some nights in the 40’s beginning October 1. By mid to late October, I’ll move all the lemon and lime trees,  lychee, ginger, basil and potted tomatoes into the greenhouse. 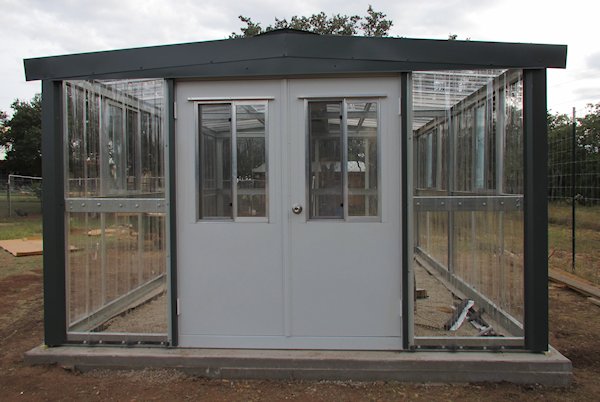 Vince has been working hard to get it all ready. 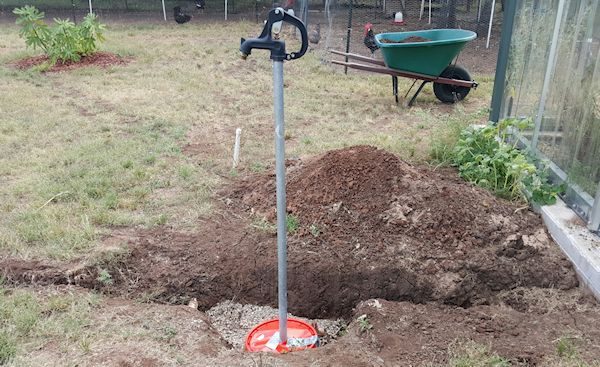 The water line will be hooked up soon.

The heater has arrived. The propane tank should be delivered and filled next week. We’re getting a 250 gallon tank . . I wanted larger but I lost that battle. 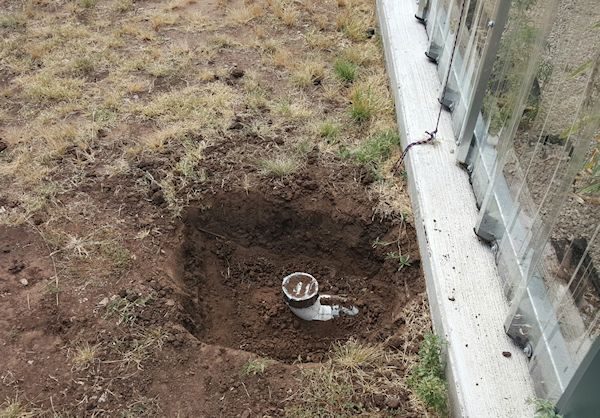 The propane tank will sit in here somewhere and the gas line will go through that PVC pipe.

We need tables. Mr. Shopper, a/k/a Vince, got online and realized how much it was going to cost for tables so he ended up getting a lot of plastic pallets that were destined to be recycled so he’s making the tables and they will be finished probably in a week or so. He was able to get Behr stain on sale, which he will use to stain the legs.

It shouldn’t be long before I have a fully functioning greenhouse!