First off, if you’re interested in canning, there are lots of web pages that are reputable and go into great detail about canning. It isn’t scary . . if done correctly. I’m not going to go over the canning basics here,

There are several reasons why I can food. Probably the main reason is because it’s so much easier to store and I don’t have to worry about a freezer going out and losing the contents of the freezer. Also, if we move, it’s much easier to transport canned food. But chicken is one of those items that I can because, for most recipes, I like it so much better than frozen. Anything that requires cooked chicken as an ingredient, canned chicken works great. I open the jar, drain the meat from the broth, reserve the broth for another recipe if not needed in the current recipe, then shred the chicken with two forks (or my fingers).

When I’m dealing with raw chicken, I never feel like I have my counters wiped down well enough, or that I’ve scrubbed the sink sufficiently or that I’ve tossed all the towels into the washer that may have raw chicken residue on them. If I spend a day (or two) canning chicken, then I can wipe down the counters, scrub the sink, throw all the towels in the washer and chances are, I’ll hardly have to touch raw chicken again for about a year. Sure, there will be times we’ll want grilled chicken or fried chicken strips but that’s about the only time I need anything other than canned chicken.

Chicken can either be raw packed or hot packed. The quickest and easiest method is raw pack. Chicken is simply cut into chunks, placed in jars, a little salt can be added or not, and no liquid is added. During the canning process, liquid cooks out of the chicken and it isn’t bad broth to use, but the chicken isn’t flavored, nor is the broth, as well as it is when hot packed with the seasoned broth.

This is chicken that I raw packed, simply because I was tired and, since it was the last batch, I wasn’t sure how it was all going to fit into the jars/canner. I didn’t want to cook up a bunch of chicken only to find that I ended up with 2 or 3 jars more than would fit into the canner and then I’d have to run the canner for 90 minutes again for just a few jars. With raw pack, I filled the jars as I cut the chicken and anything that was more than the 14 jars that would fit into the canner would have gone into the freezer on that last batch.

This is raw packed chicken. You can see that the liquid may or may not cover all the meat. That’s ok. 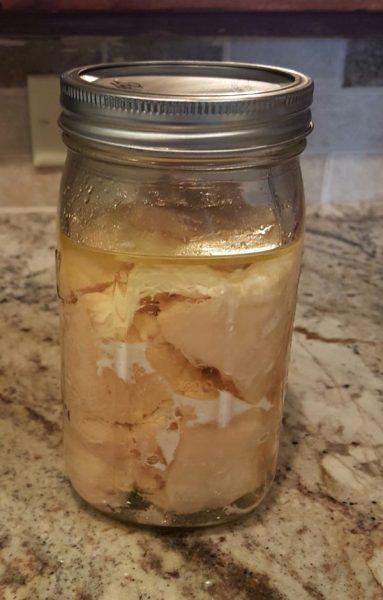 My preference is hot pack because of the yummy, already seasoned broth.  As with raw pack, I simply cut the chicken into chunks. 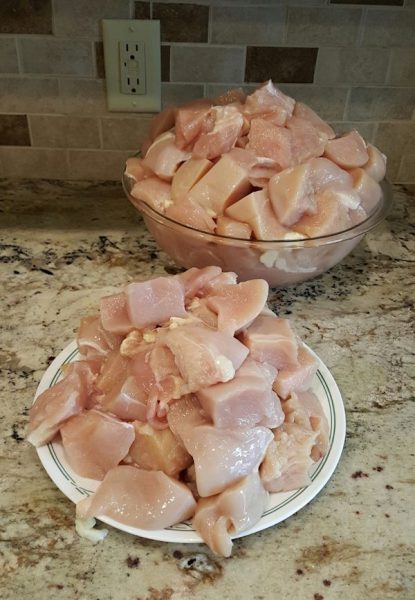 For the broth, I use carrots, celery, onions and garlic. 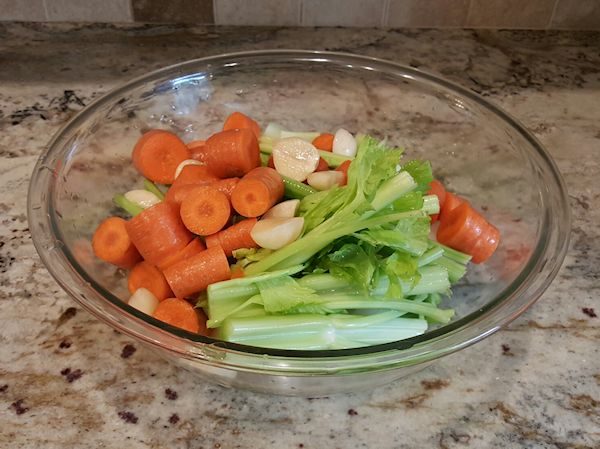 To that, I add peppercorns, red pepper flakes and bay leaves. I do not add salt at this point. 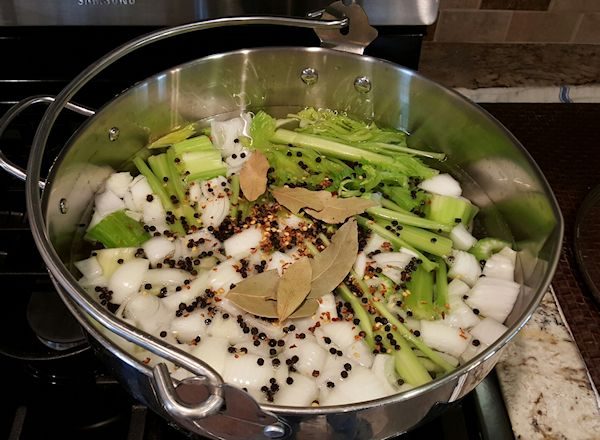 And look at that yummy broth I end up with! 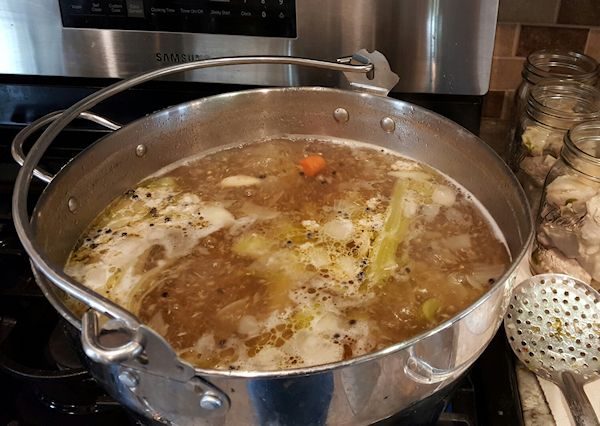 For the first batch I canned, I ended up with not a drop of broth left over after adding it to the jars of chicken. For the second batch, because I had less chicken and used the same amount of water, I ended up with 6 quarts of leftover broth. I think I like the broth better than the chicken.

Here’s the chicken canned in the broth. You can see that the broth is rich and will have much more depth of flavor than will the raw packed chicken. 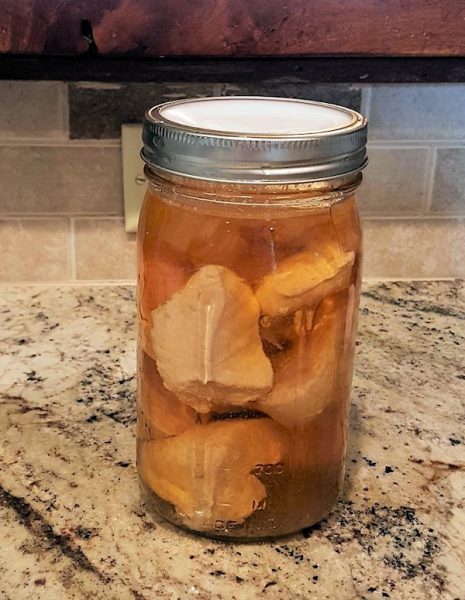 And, here’s the broth with no chicken. I love it when there’s broth left over after filling the chicken jars and I get a few jars of broth to can. This will drastically improve the taste of any recipe that calls for chicken broth. By the way, I do add salt to each jar. I use canning salt instead of table salt, and I use way less salt than you’ll find in most commercial broths. 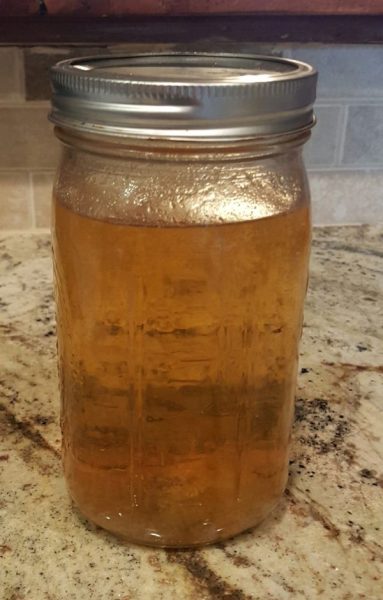 No matter how it was packed, it makes me very happy having lots of canned chicken ready to be used.