This Anemone Hat was quite a fun little project! I think you all know how much I dislike having my picture taken so the mere fact that I did a selfie with this hat should show how proud I was to have it finished. 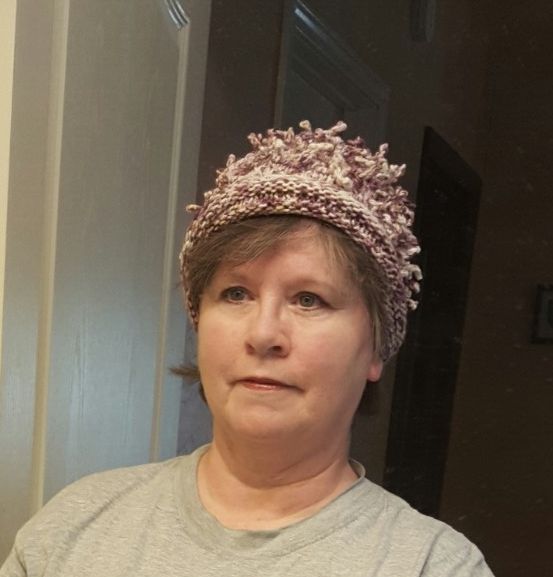 The instructions say to wash and dry it to plump up the tendrils but I was afraid I would ruin it. The yarn says it can be machine washed but doesn’t say anything about the dryer. Then I figured . . why make a hat for Addie if it can’t be washed and dried and I’d rather know if it’s going to shrink or ruin before I send it to them so I washed and dried it and it did plump up the tendrils and it’s fine. 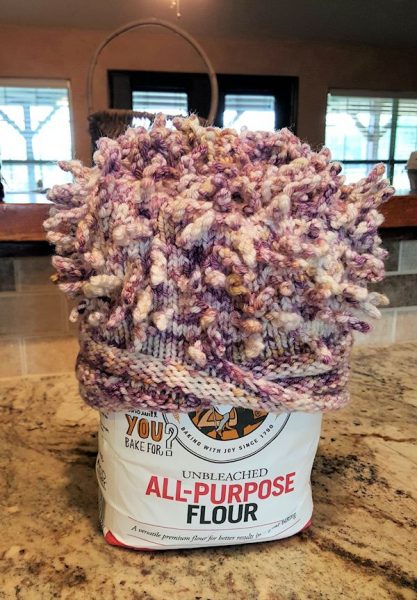 There’s an option for a regular brim and a moebius brim. Nicole wanted the moebius brim. Honestly, I thought all I was going to do was cast on and twist my stitches (instead of keeping them all straight when I joined the circle). I had no idea there was a special way to do a moebius cast on. When I looked at it, I thought . . Oh, my . . I can’t figure this out. It was so darned weird. Then I remembered what I keep telling Nicole:  Take one step at a time. Don’t worry about Step 3, til you’ve completed Steps 1 and 2. Sometimes just looking at the big picture is too confusing.

This was all about 10 p.m. on Friday evening and I got it on the second try. The weird thing is that I cast on 70 but soon ended up with 150 stitches and it took two complete rounds to make one round.

Nicole was up late knitting too and I sent her these pictures. The first time I went around, the stitch marker was on the bottom. 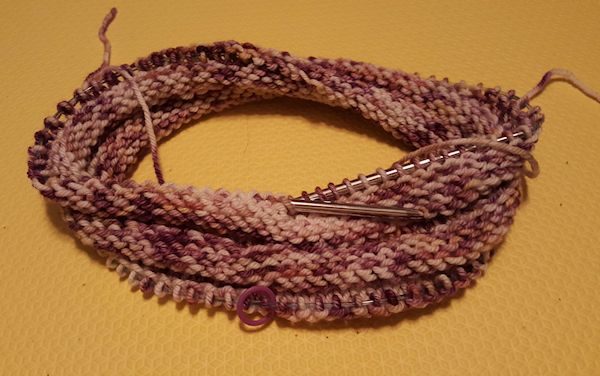 The second time I went around, the stitch marker was on the top and that was a complete round. 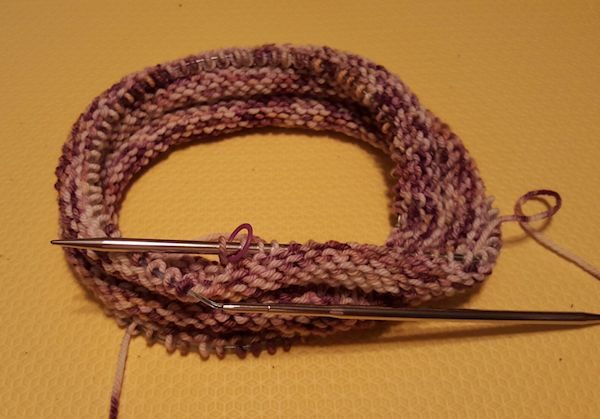 What I want to know is this:  How do people think up this kind of stuff? The instructions were easy to follow and soon I had the brim finished. Then I had to do Jenny’s Surprisingly Stretchy Bind-off, which was a new bind off technique too. Half the stitches were bound off and then it was like knitting a normal hat.

The tendrils were fun to make, though I could have made them a bit longer. It really was a fun hat to knit and I’m anxious to get started on Addie’s.