A week or so ago, my friend, Diana, sent me a link about making kombucha. I kinda skimmed over it, added a bookmark on the iPad and intended to go back and read it word for word some late night when I couldn’t sleep but so far that hasn’t happened. I did skim through it when Diana sent it to me and something .. either lavender or ginger . . caught my attention. I thought . . I have organic food grade lavender that I ordered for something else and I have fresh ginger so I’m going to combine those two in my next batch of kombucha. I did just that! 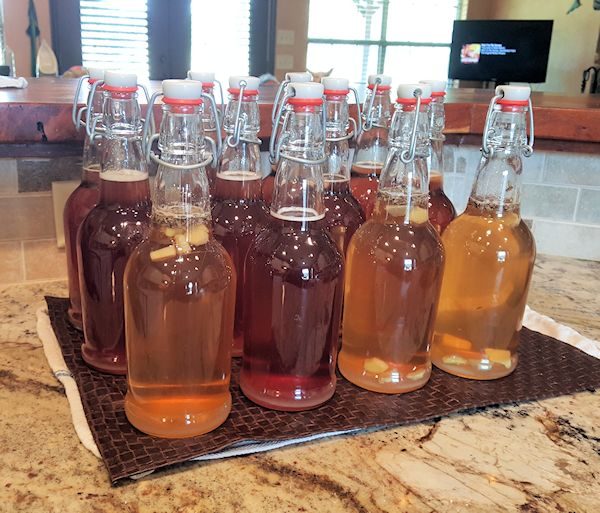 Today I decided to taste the lavender/ginger. 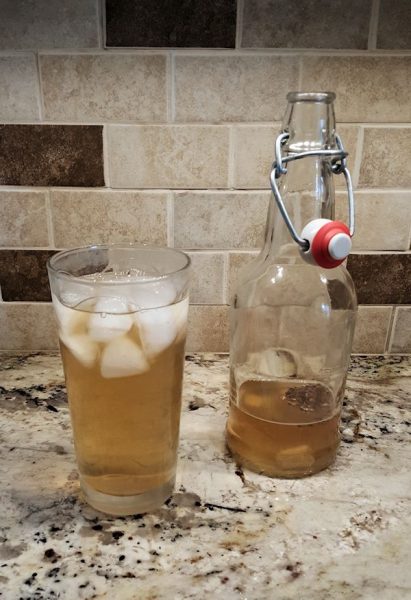 I love it!  I didn’t think Vince would like it because (1) I’ve made lavender jelly and he doesn’t like that at all and I could eat the whole jar on one slice of toast and (2) I have a recipe where I sear tuna that has been coated with lavender flowers and I love it and Vince . . well, he eats it but he doesn’t love it.

I took one drink of the lavender/ginger kombucha and I think he is going to like it a lot so I saved what’s left in the bottle for him. It’s made with green tea (as is all my kombucha) and without any fruit juice, the tea flavor is dominant, with just a hint of lavender and ginger.

Yes . . this one is going to be my favorite, at least through the rest of the summer!