This morning when I went over to spend some time with Boots, the cat, who Vince insists we name “Cat” (and I probably should be thankful after he named the dog “Rita”), was stretched out on the rocks over by the tall weeds. 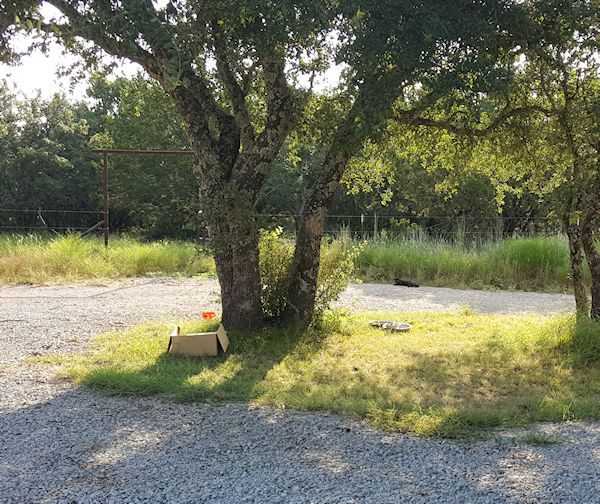 I am able to get closer before she starts hissing and runs off. 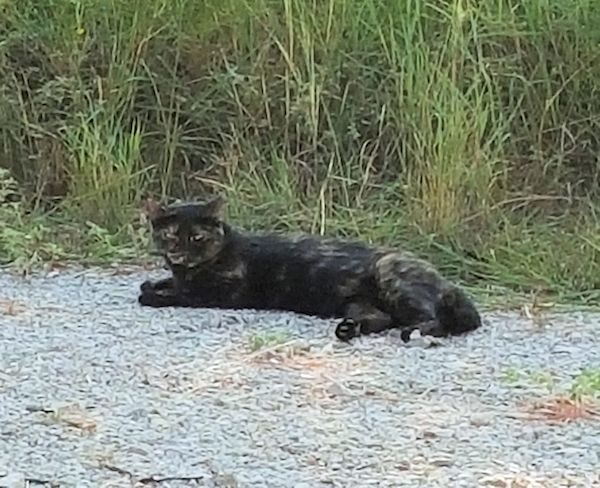 I don’t get anywhere near close enough to touch her but I get close enough that just a bit of zoom on the camera gives me some details.

When I came out of the sewing room, Cat had moved a bit closer and was waiting for me. 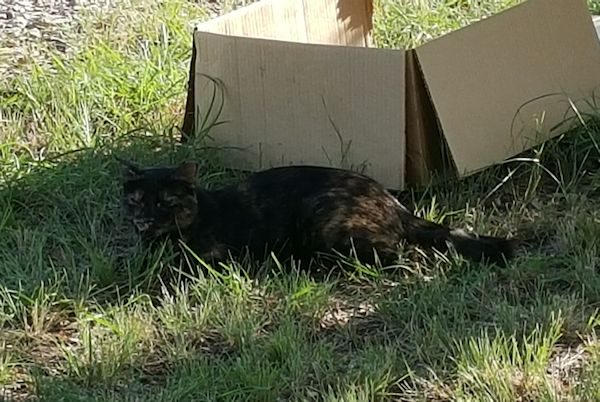 I didn’t try to get too close but stood a bit away and talked to her. She keeps a watchful eye on me but she is way more relaxed than she once was. Until the past few days, she would come up near the house to eat and then off into the woods or implement shed she went and we didn’t see her again til she was ready to eat about dusk. Now, she’s hanging out near the house pretty much all day.

With her newly found comfort of being closer, she’s also developed an interest in the chickens . . which is probably going to be disastrous. Do we keep the chickens back in the pens and not let them run loose or . . do we get rid of the cat that we so desperately need to keep the mouse/snake population down? I don’t see a whole lot of sense in dealing with all those chickens just to keep them inside a pen while the grasshoppers and other bugs take over the place. But, we also need a cat that hunts mice and snakes . . not chickens. Is that possible? Chickens are “birds” . . cats hunt birds.

There are folks making decisions on Wall Street and in surgical rooms every day and here I am facing this huge decision . . cat or chickens??

The biggest decision I need to make at the moment though is . . who is going to make that prickly pear jelly if I don’t get away from this computer and get it done?  🙂