We have been invaded by what I call grass spurs but I’ve been told the correct name for the is grass burs but no matter what you call them, they hurt like heck and my garden is so full of them that I can’t even walk through there. I tried my best to keep them out but they won this battle. Next year . . they won’t be so lucky.

This morning, I needed tomatoes to go on our chicken salad sandwiches for lunch. No way was I going to go through that garden. I had on shorts and they really hurt. If I wear pants, it’s worse because they embed themselves into the denim and then I end up with thorns in my fingers trying to get them out. You can imagine how bad they get stuck in my lace up tennis shoes and then they get tracked all over the yard and into the rugs. They’re the most annoying and obnoxious things I’ve ever seen.

This morning I thought . . I need a shield of some sort. And then I remembered all the batting I have that I will probably never use!  Thank goodness for 3M duct tape!  I created a shield so I could go into the garden and get a few tomatoes. 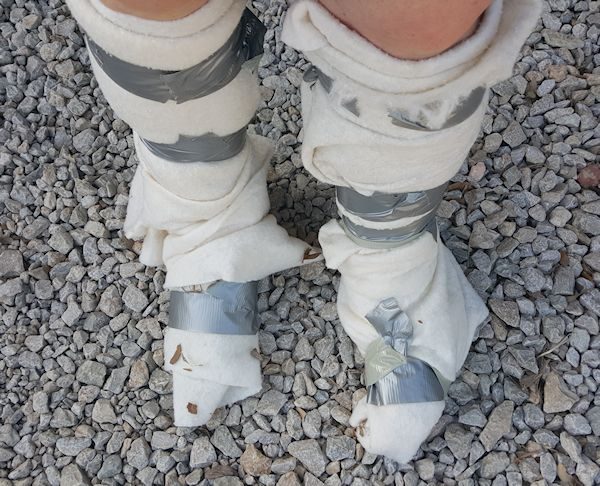 A few of them still got me but not very many! 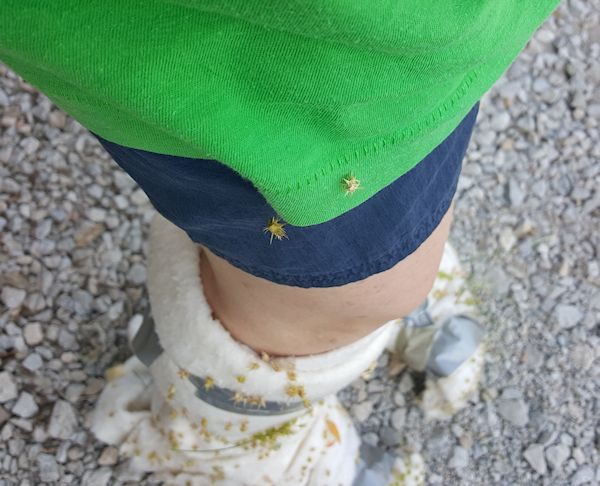 When Vince gets home, I’m going to suggest we wrap our lower halves in batting and go play in the garden! Every one of these things we pick up is one less that will sprout next year! 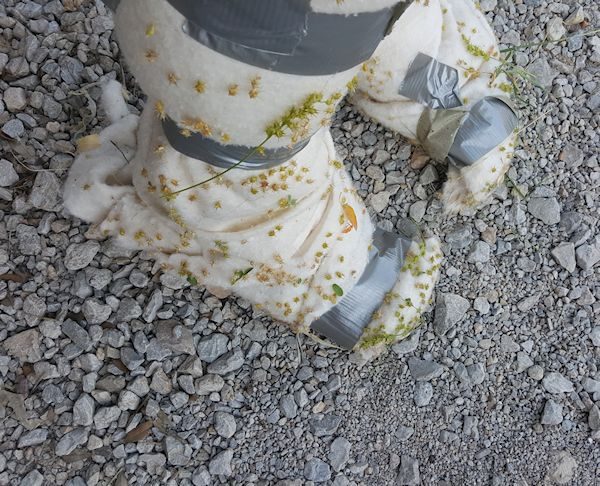 Our old push mower is on its last leg (isn’t everything around here?) and Vince bought a new push mower .. oh . . 2 or 3 years ago but it’s still sitting in the box. He thinks he can go through the garden with the mower and a grass catcher and catch a bunch of them. The new mower, still in the box, didn’t have a grass catcher so we had to buy another new mower! 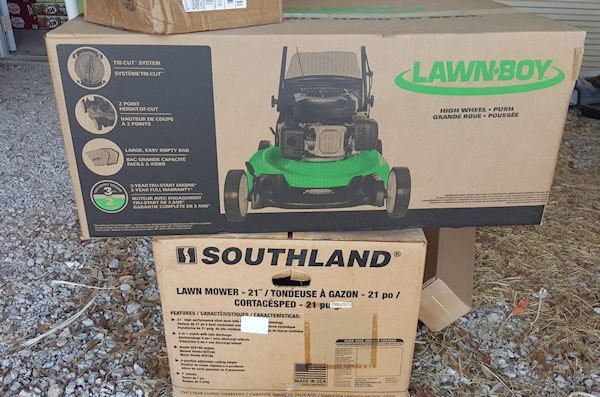 We also have an old vacuum cleaner that quit and then I bought a new one and Vince fixed the old one. I’m thinking I should try vacuuming up the seeds that are out there.

Yes, it’s all out war on the grass burs around here.