Today is the last day that Kroger has the pork shoulder/butt roasts on sale for .79/pound. For almost a week, I’ve said to myself . . we have ZERO room in the freezers. We have three big freezers, and three fridges with freezers so there’s no way . . NO WAY . . we’re buying another freezer, even though all of ours are packed to the gills. This is the time of year when we still have lots of pork from our youth fair pig, lots of berries, lots of juice from fruit (for making jelly), lots of pecans from the fall crop and lots of venison. In just a couple of months, we’ll have at least one freezer emptied out but for now, there’s no a square inch of room in those freezers. 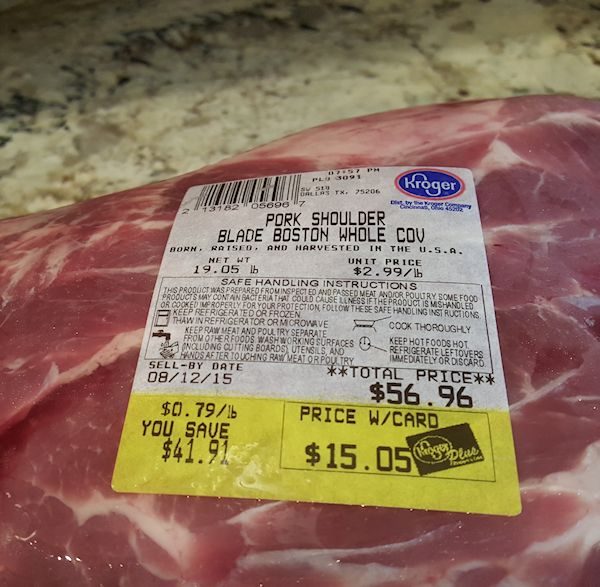 Vince and I talked about it this morning and I told him there’s a whole turkey in the freezer and I can take that out and smoke it and make room for a shoulder or two so off to Kroger I went. Look at that . . regular price for two pork shoulders would be $56.96 but with the sale price, it’s $15.05. After removing the bone from each of the two shoulders, I ended up with a bit over 17 pounds of meat. That will be close to 15 pounds after smoking so it’s about $1.00/pound for wonderful buckboard bacon. 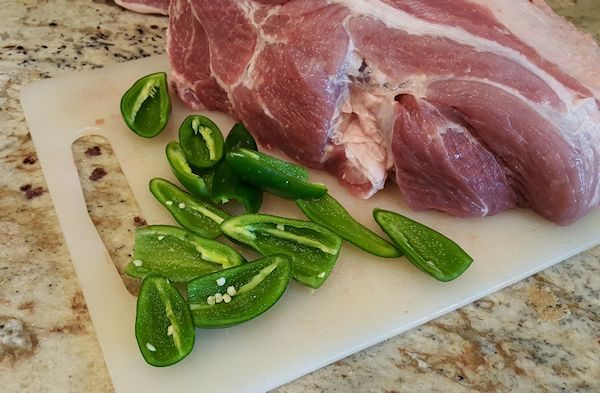 One of the roasts got regular curing – Tender Quick, brown sugar, black pepper. The other got the same thing but with jalapeno peppers added. The jalapeno pepper batch, I sliced the shoulder in half so there’s more of the outside exposed to the jalapenos but the juice will drain out of the meat and it will all be sitting in jalapeno liquid in a few days.

There’s a little cafe/deli place here that uses jalapeno bacon on sandwiches, burgers and to crumble in soup. I had asked her where she got the bacon and she orders it from a restaurant place in Houston and pays something like $40/pound. 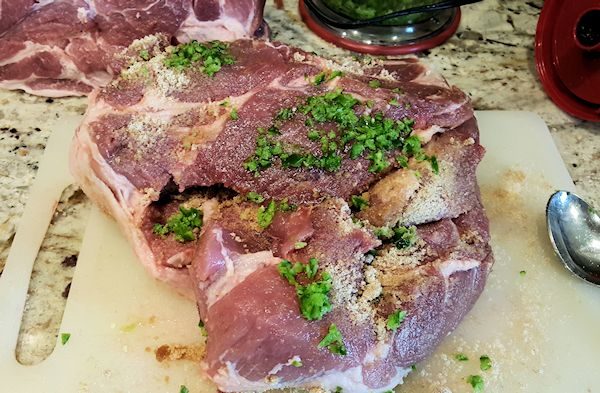 It may take me a few tries to get it right but I will eventually get it right and I’ll be paying way less than $40/pound for our jalapeno bacon. 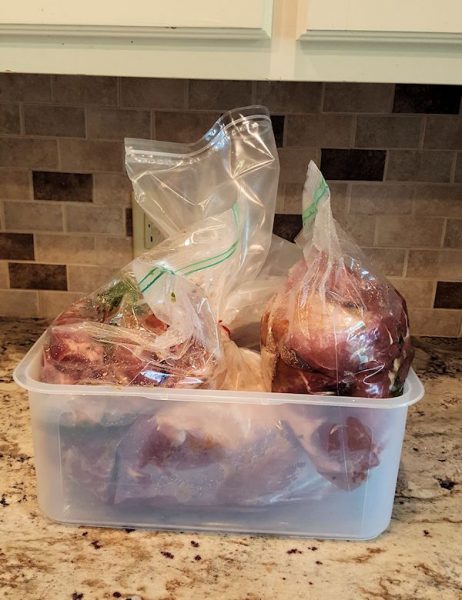 Now it will sit in the fridge for a week or so. I’ll probably smoke it next Wednesday or Thursday. It doesn’t work so well trying to smoke things on weekends because we end up with little impromptu trips here and there and I like staying pretty close to home when the bacon is smoking so . . I’ll make sure I’ll do it during the week.

I thought I was so smart to take the turkey out of the freezer to make room for those pork shoulders but I put it in the fridge to defrost and then I had room for the bacon that needs to cure in the fridge. Talk about squeezing things in . . I thought I was going to have to drink a wine cooler or two before noon but luckily, I found a spot for them!  🙂