Those girls at Eat, Sleep, Knit came up with the most fun gimmick to get us to buy yarn this year. In addition to getting points for yardage that we buy, there are 12 Knit Alongs (KALs) and those are kinda big – sweaters, socks, something new to you, etc. Then there are badges each quarter that equal 150 points so you can get a total of 600 points during the whole year. I’m hoping to get all the Knit Alongs and all the Badges but one of the badges is a picture of me knitting on a beach. Beach? Central Texas? I know there’s some sand along the Llano River and there’s probably some closer but I don’t know where it is. I’ll figure that one out. I can see me stopping along the Arkansas River as I’m heading to MO and asking some stranger to take my picture while I sit in the sand and knit. Not gonna happen!

One of the badges for this quarter is Double Vision. You have to knit the same pattern twice and it has to be at least 250 yards per project. The first project doesn’t have to be in 2015 but the second one does, and of course, they both have to be from ESK yarn. Most of the ESK yarn I’ve used has been for sweaters which take forever . . or hats that aren’t 250 yards. I do have these socks that I made in 2011. 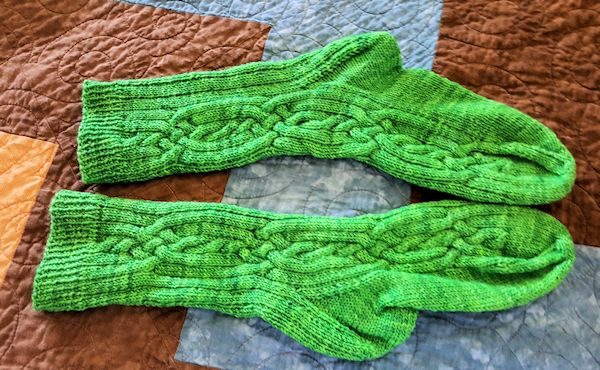 I had pretty much decided to knit another pair of those and then my friend, Eve, knitted some socks using worsted weight  yarn so I was thinking I could knit two pair of those but I’d have to have 2 skeins of worsted weight yarn for each pair and I don’t have that except yarn that’s for sweaters and I don’t want to eat into the yarn for those projects so I’ll probably just do another Paraphernalia Sock, which is a free pattern by the way. I’ve actually already made this pattern three times . . what’s one more time? The gold and purple ones have been given as gifts and I only have the green ones left. 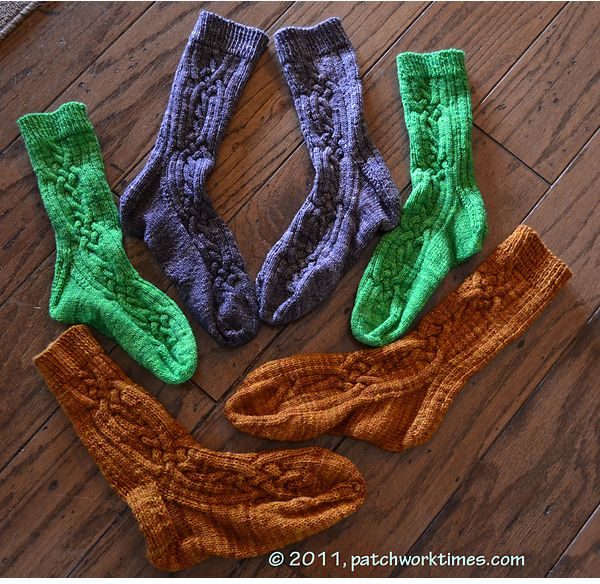 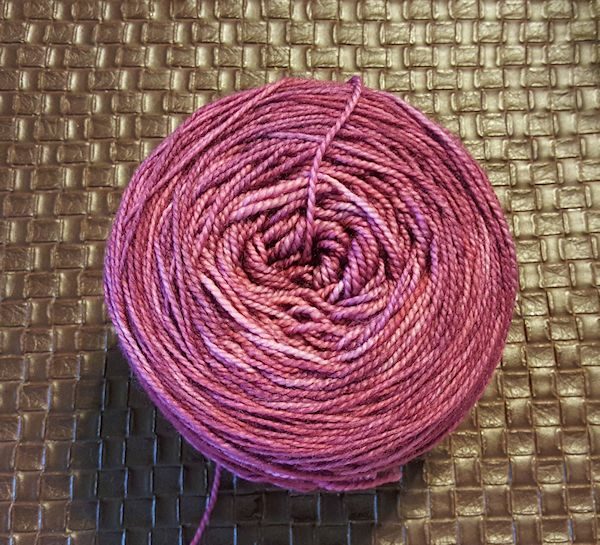 I’m still working on my Camp Loopy project too . . just not enough knitting time during the summer.