Mesquite trees are such a nuisance around here.  They definitely pop up out of nowhere and will take over a field in no time and apparently they suck up a lot of water, not to mention they have nasty thorns, but they also have a few good qualities.

We all know that mesquite wood can be used for smoking meats. It’s a bit strong for my preference. Mesquite trees make beans and the beans are sweet to chew on, and once they’ve dried, they can be ground into flour. Cows, goats, mules, and critters such as that .. probably chickens too, love mesquite beans.

We have one big old mesquite tree by the house and a few more out in the woods but since we’ve been here, the mesquites have not bloomed nor have they produced beans, which come after the blooms. I’m always looking at mesquite trees we pass and checking for beans and I haven’t seen any beans in the past several years. 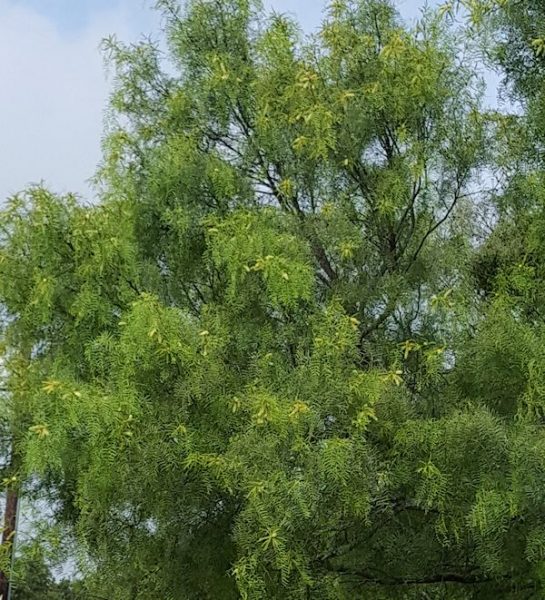 Over the weekend, I happened to look up and the mesquite tree is full of blooms! 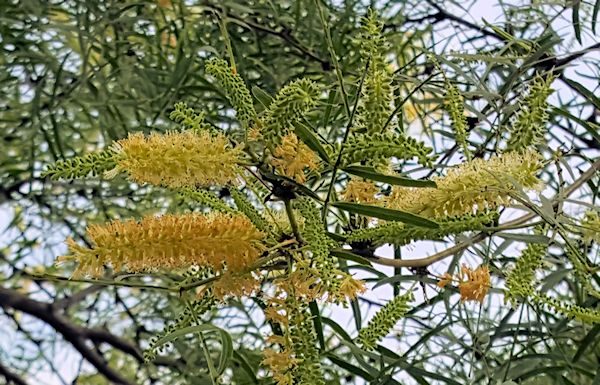 We’re going to have mesquite beans this year! That makes me happy!