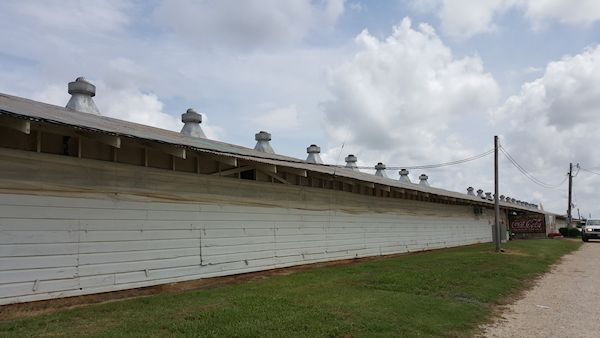 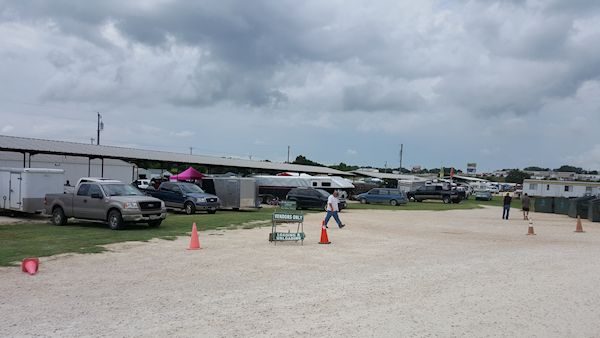 We had fun but didn’t buy much. I was tempted to consider this but Vince quickly put a stop to that idea. 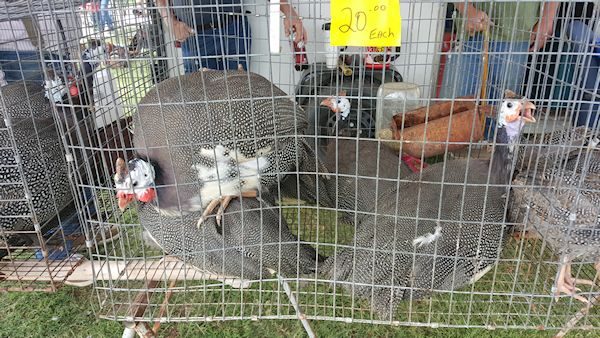 See that one on the right with her mouth wide open. That girl could scream and she never stopped. If I had one that made that much noise, I would not be happy. Seeing them convinced me that maybe I’ll find another method of controlling grasshoppers and snakes.

When we left the flea market we were hot, tired, thirsty and starving. We had several places we thought we might want to try but the first place we saw was Grumps.  We didn’t have a clue what kind of restaurant it was but the parking lot was packed and it wasn’t a normal busy restaurant time so we said . . we’ll try it! 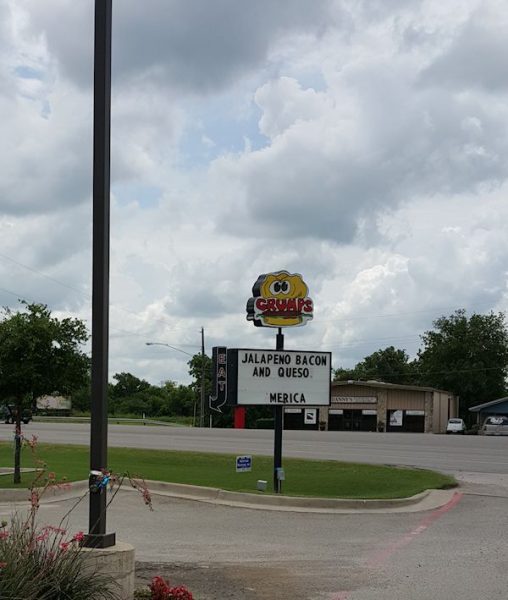 We now know it’s the best burger joint ever and I’ve already gone online and written them and said “PLEASE come to Brownwood!” 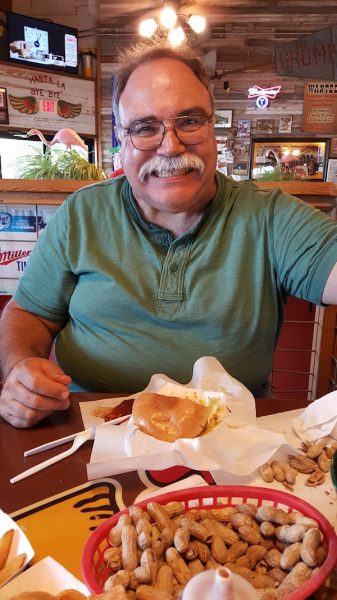 The burgers were so good! So good that even though it’s about 70 miles from our house to there . . I’m tempted to go back for another one sooner rather than later. 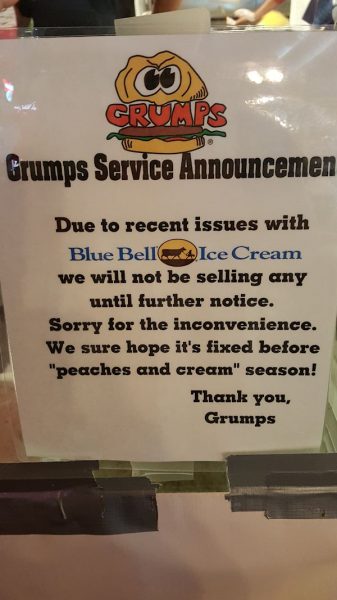 Here’s the sign on their ice cream bar. I’m afraid peaches and cream season is passing us by . . with no Blue Bell!  🙁

Vince and I were talking about it and decided it was probably January, 2014 since we’d been to Stephenville. We had talked to a solar company there before deciding to go with Longhorn Solar out of Austin. We remembered there was a big issue about putting wind turbines in Comanche County and it doesn’t seem like long ago that they were debating it but they’re everywhere now. 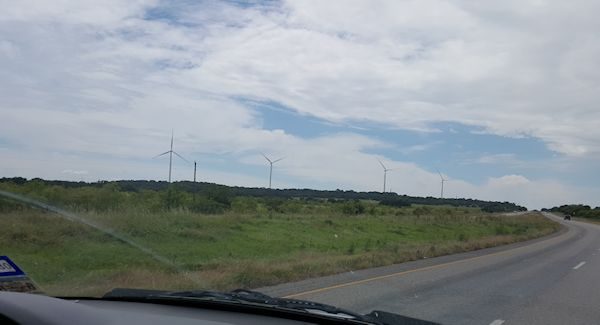 Vince said he wouldn’t be happy if he had to look out and see those but I think they’re kinda mesmerizing. It wouldn’t bother me but I don’t think we’ll ever see many of them here. We haven’t done our own research but they say we’re right on the edge where there isn’t enough wind to justify the cost. Now that we have solar, we wouldn’t do it anyway . . probably!  🙂

We had a fun day together . . enjoyed being out and letting the chores sit and wait for us!