Remember when the firewood fairy barfed a load of firewood on my porch in January? Well, it was still pretty much all there . . just as she left it . . on Saturday. 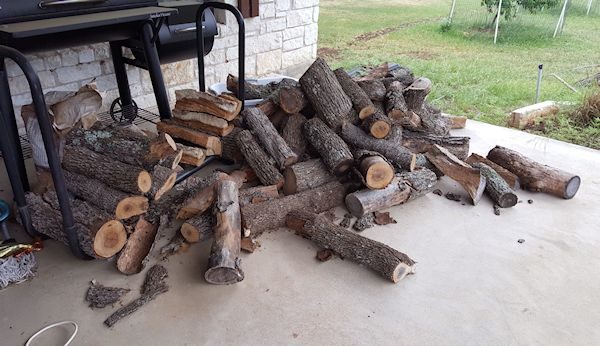 Vince has been so busy with the garden and irrigation lines but we’ve had a snake, lots of mice, no telling how many spiders and scorpions, on the porch and it was time for the firewood to go so I grabbed the RTV keys, some gloves and began moving it. As soon as Vince saw me, thankfully he came and helped. Mostly it was small pieces but there were a few pieces I would have struggled with and I had planned to leave those for Vince to do when he had time. 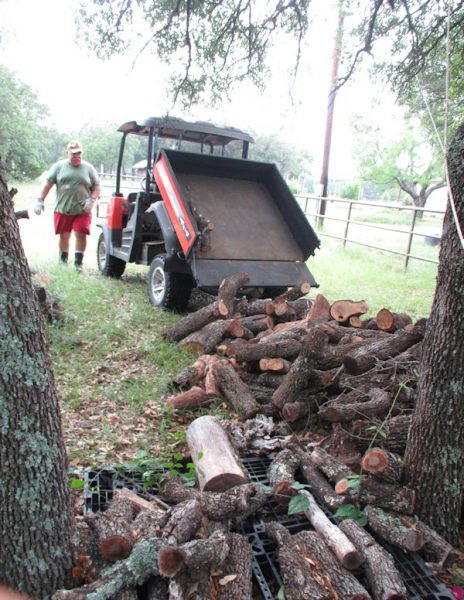 We ended up with 2 full loads of firewood that had to be moved. When there’s a heavy load, that’s when I LOVE the dumping back end on the RTV. 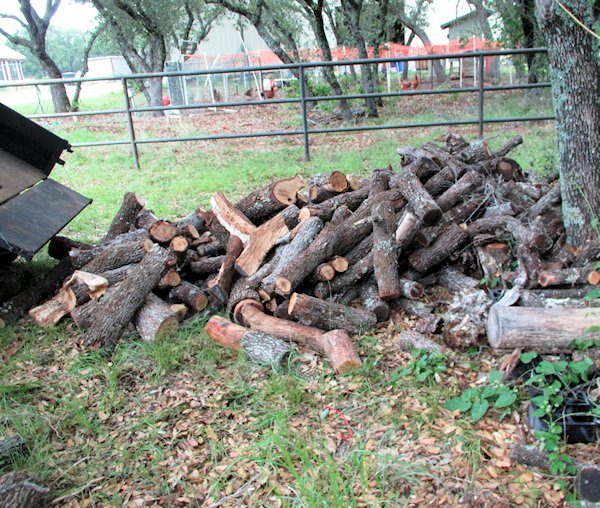 We have probably three piles this size and that amount of wood will likely get us through next winter without having to cut or split more. I guess it’s the same way so many places, but we never know how much we’ll need. We mostly heat with wood and winter before this past one, we never built one fire. This past winter, we used quite a bit of wood. There’s plenty more out in the woods from when the fence builder cleared the fence lines. 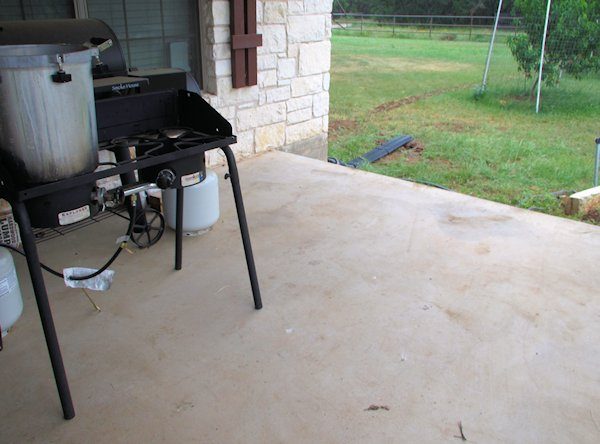 The porch needs to be blown off with the leaf blower but for now, it’s been swept, the camp stove moved over where I will do my canning . . soon I hope! I am happy to have that pile of wood gone.