You know how you crave the things you cannot have. For me, it’s a good, greasy hamburger. Cotton’s in Lake Charles, LA makes the best! White Grill in Nevada, MO had very similar hamburgers. It was only after about 6 or 7 trips to the ER that I was able to connect ever incident to having eating a hamburger, even once after eating a greasy burger at home, that I was diagnosed with Alpha-Gal Allergy. It’s a weird one (who would expect less from me!) but if you’re interested, you can read more about it here.

Some folks who have the reactions cannot eat any mammal meat at all so I am lucky that it seems to be only the fat that causes problems for me. There’s not a lot known about the allergy and even my doctors here look at me like I’m from Mars when I tell them about it. I always take a handout to a new doctor so he doesn’t think I’m making it up.

We can make burgers at home and use 93/7 meat but you know you need more fat to make a good burger. Mostly we eat pork burgers and so far, I’ve not had any problems with those.

Yesterday about an hour before Vince came home for lunch, I was sitting and knitting and he called and said “Let’s go to Diamond R for lunch.” Fine with me . .

Diamond R is a little hole in the wall type place that you would never stop if you didn’t know about them from someone else. On Friday and Saturday they have fried fish and that’s when I like to go but they also have amazing onion rings! 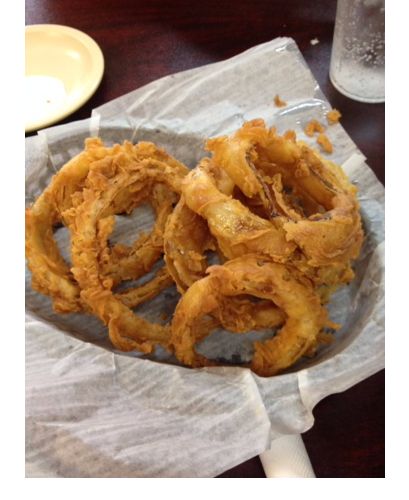 They also have good burgers and since yesterday was Monday and there was no fried fish, I couldn’t decide what to get. Their meat is 81/19 and that’s pretty risky for me to eat but I said . . what the heck? It takes about 6 or 7 hours for me to have a reaction and weighing out my options I figured (1) we’d be back home by then — we were headed to the next county to look at deer blinds and (2)  I have an epi-pen with me all the time, and (3) Monday is probably not a bad day to go to the ER. Weekends, it’s a zoo but who would be drunk and fighting or doing crazy things on a Monday?

So, I got a burger on a jalapeno bun. 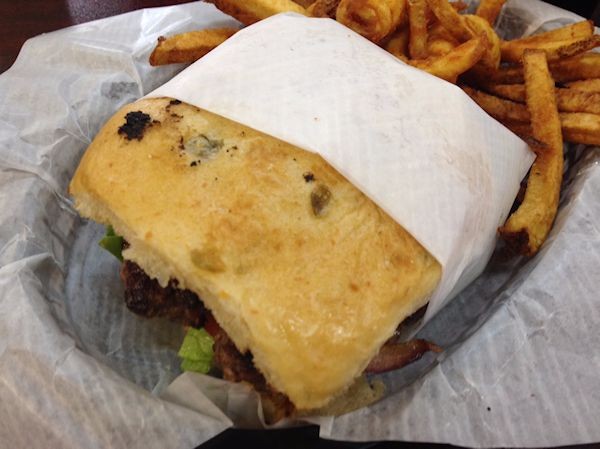 I keep Benadryl with me so about an hour after eating the burger, I took two of them and then 4 hours later, I took two more and . . no reaction.

Reading some of the info on Alpha-Gal, I’ve read that some people “outgrow” the allergy and after a few years, can go back to eating whatever it was that caused their reactions. For some, it gets worse and they go from not being able to eat fatty meat to not being able to eat any meat from mammals. I would like to think that since nothing happened yesterday, I can go back to eating hamburgers but I’m probably not brave enough to have another one for a very long time. It was probably just taking the Benadryl, or maybe enough of the fat cooked and drained out of the meat that I didn’t get enough to cause a reaction.

Whatever the reason, the burger was delicious and I enjoyed it tremendously!