This morning I was in the bedroom cleaning up a bit and the windows were open. I kept hearing turkeys that sounded really close. I looked out the window to see if they were out where we put deer corn but they weren’t. I kept cleaning but I kept hearing them. I walked into the living room and said “I hear turkeys”. Vince said “I think it’s hunters calling them.” I looked out and this is what I saw: 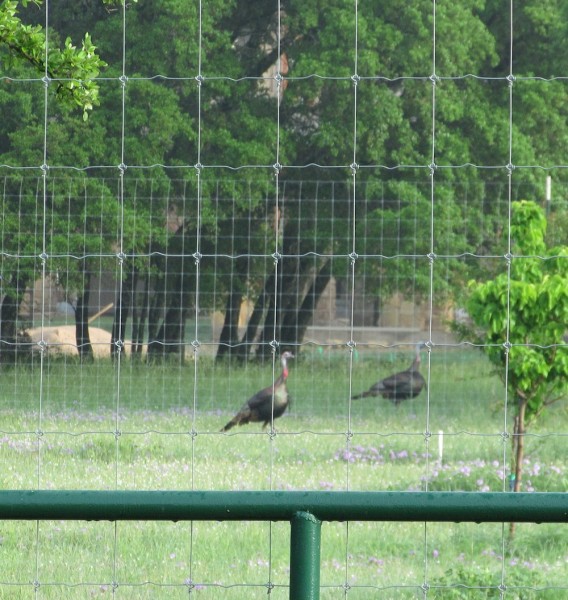 Both Toms! And, it’s turkey season! One was just outside our fence on the neighbor’s property and the other was inside our orchard. 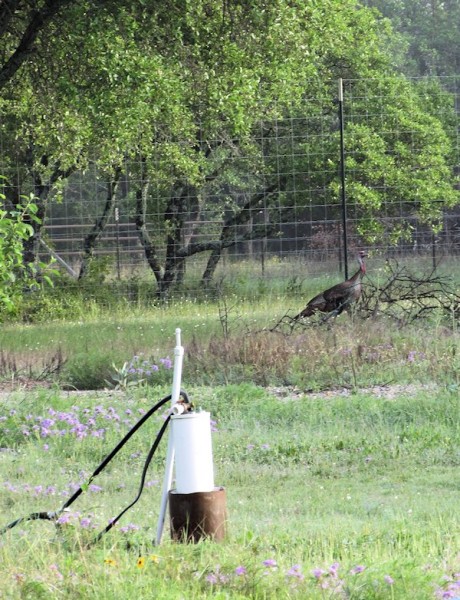 He was just beyond the well. They eat bugs so I convinced Vince to leave them alone. Next time . . we may be having turkey for dinner!

Folks tell us that once there were lots of turkeys in this area and then they didn’t see many of them but now, we’re starting to see quite a few of them. I wouldn’t mind getting a couple of them but for the most part, I’d rather they reproduce and re-populate the area until we start seeing that there are too many of them.