This is exactly my complaint about daylight savings time. It was 7:00 last night when we stumbled into the house after spending almost the entire day working in the garden,

This morning Vince tilled in some rabbit manure where I late planted artichoke seeds. The manure won’t burn the plants and they won’t produce this year so I don’t mind using it on them.

A guy from Longhorn Solar came out to hard wire the little gizmo that transmits our production info. It isn’t essential to the production but it allows us to get online and see our history and how the system is working and the wireless “thing” they were using just wasn’t working well for us due to (1) our horrible internet and (2) the metal building with the metal roof. We have been so impressed with Longhorn Solar. The guys we deal with are in Austin but they also have locations in Dallas and San Antonio. They’ve gone above and beyond with everything we’ve needed or wanted and our system is producing more than they had calculated. We have friends who have gone with other companies and none of them are as happy with their service as we are. And, Vince is pretty darned picky in what he expects when he spends that kind of money. 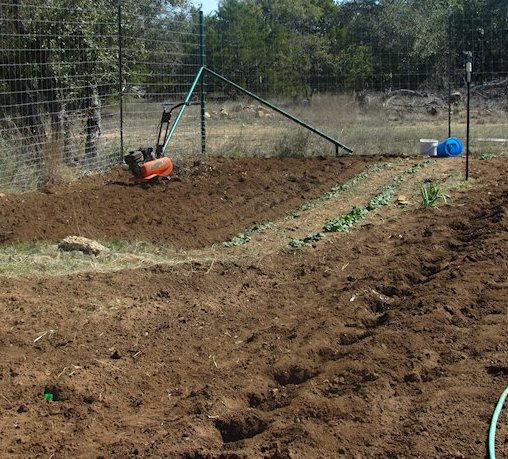 You can see the holes there. I plant the potatoes deep and as they sprout up, I throw a bit more dirt and compost in on them. That helps not have to hill them up so high where it’s hard to keep them watered sufficiently.

Any time Vince is tilling where there are rocks or roots, he uses the old front tine tiller. It seems to do better whereas the new rear tine tiller gets all wimpy when it hits a rock or root. I don’t think Vince is ever going to love the new tiller. For those wondering why he doesn’t use the tractor for tilling the garden, you’ll see that there are bits and pieces of things growing here and there and it’s just easier to get in there with the tiller.

The area above is an area that he had tilled up in the fall and I had planted lettuce, radishes and carrots. That was all finished and I was ready to plant something else. 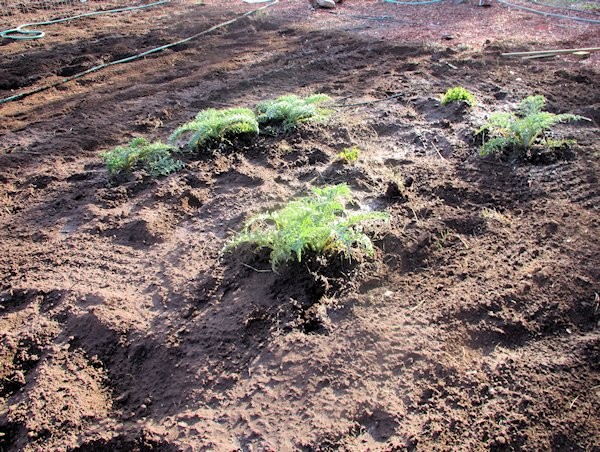 This is the current artichoke patch. The heat here isn’t very good for it so I’m planting more artichokes in the above area and hoping that tree will block a bit of sun and they may do better. 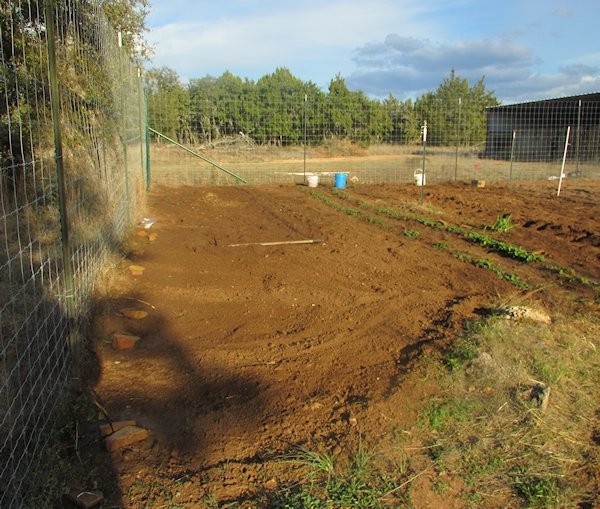 In fact, here’s that area all planted. Notice the hoe used as a marker where I left off planting. I planted the artichokes, 8 yacon crowns, radishes, carrots and more lettuce. I still have room for one more row between the carrots and already growing spinach so I believe I’ll plant the rest of the onions there. 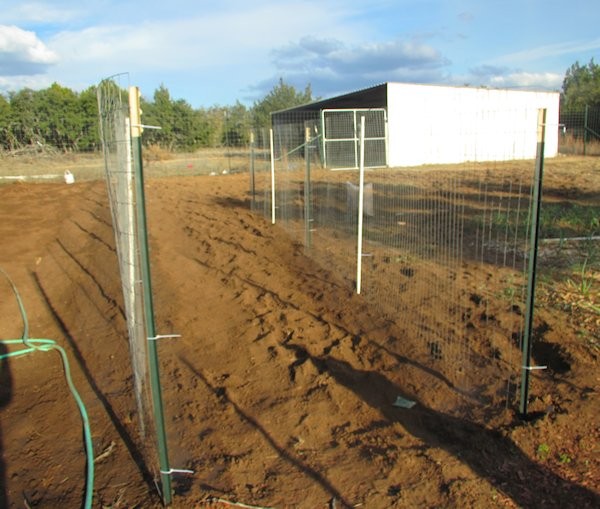 The veggies are planted along both trellises. The long one (on the left) has snow peas along both sides. The short one on the right has cucumbers, loofah, and Mexican Sour Gherkins.

I still have to plant tomatoes, peppers, eggplant, corn and okra. There’s probably something else I want to plant but am not remembering. Also, I’m going to plant some kind of beans – either pinto, purple hull peas, black beans . . depending on how much room I have, I might can plant two kinds of beans. 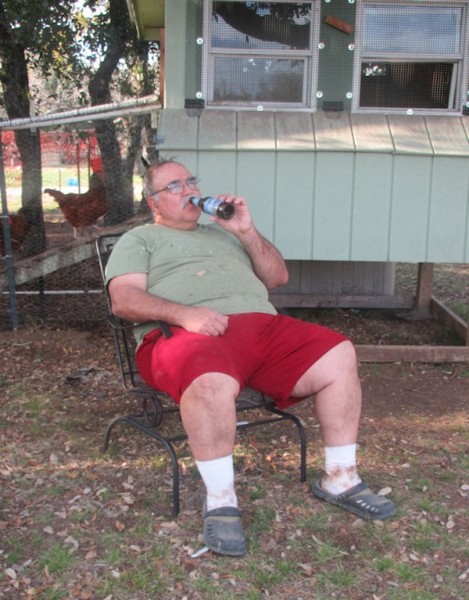 After a Hard Day’s Work

After a hard day’s work, Vince was sitting out by the garden talking to me but soon, we both moved to the front porch, sat there and listened to some oldies on the iPod. He had a beer, I had a glass of wine . . life is good but we were tired!

Today we’ll go to town and see what kind of plants are at the garden center but I’m not sure either of us will be up to spending much time in the garden. We may take a day off . . we deserve it!  🙂