It’s been a while since I knitted socks but I do need to knit more. I’ve given away almost all the socks that I had never worn . . little gifts here and there, so I’ve been saying I need to make more socks. I’ve tried knitting two socks at once on two circular needles. I think the biggest drawback for me using that method is that I get the two balls of yarn so tangled and twisted and then I get frustrated. Knitting socks for me is relaxing and as soon as I get those two circular needles out, I get tense and frustration follows and by then, knitting socks is not relaxing and I give up and transfer the socks back to double point needles.

The advantages outweigh the disadvantages, at least in my head. When making two at once, when you’re done with one sock, you’re done with both so there’s no more struggling to get that second sock done. Also, both socks will be exactly the same when done. No matter how carefully I count rows, it seems that late at night, my tension is off a bit from what it is in the morning, or if I’m in the car, my tension is different from when I’m sitting in my recliner so my two socks are rarely exactly the same. It doesn’t matter for my own socks but when giving gifts, I’d like for them to be close to perfect. One more advantage to doing two at a time is that when doing a pattern, it takes less time because I refer to the pattern for each row’s instructions, then do those stitches on both socks instead of having to read each row’s instructions for each sock.

I’m going to master two socks at once on two circular needles!

One of the Eat Sleep Knit’s KALs (#7) this year is to knit socks from pre-determined patterns. Because I want to do all the KALs, I have a plan for getting them all done, the socks are on my schedule to be completed in January. I’ve already done #2 so . . socks are on my agenda for today.

This morning, really in the middle of the night, I decided . . I’m going to try two at a time one more time.  The instruction book was in the sewing room so I ran over there and grabbed the book . . Knitting Circles Around Socks. 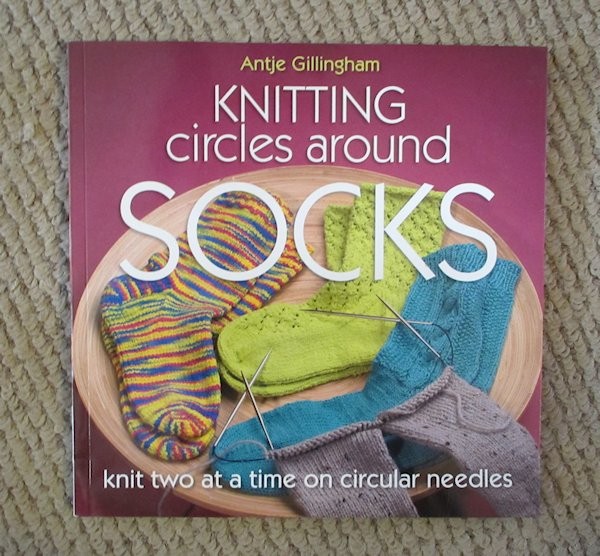 I’ve tried several books and I find this one to be the easiest to follow. I decided that in addition to using two different length needles, I would also use needles that had different colored cables so maybe that would be further insurance that I wouldn’t get confused on which needle to use. 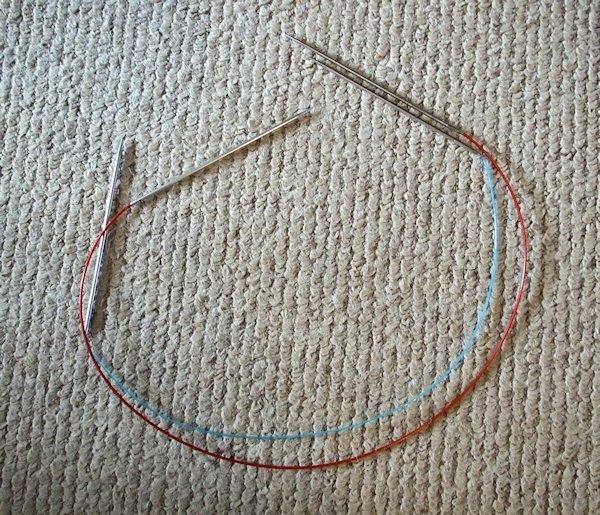 All of my ESK purchases have been put on a spreadsheet so I began going through the list of fingering weight yarn listed and Lorna’s Laces were a good choice because the early Lorna’s Laces that I purchased were on two skeins so they were already divided. I decided to use Mineshaft. Because I had the list of which yarns were in which tubs, I was able to find the Mineshaft. Actually, I chose three colors and figured I’d use whichever one was easy to find but luckily, Mineshaft was right where it was supposed to be. This is yarn I purchased in July, 2011. Yay! Yarn from the stash getting used! 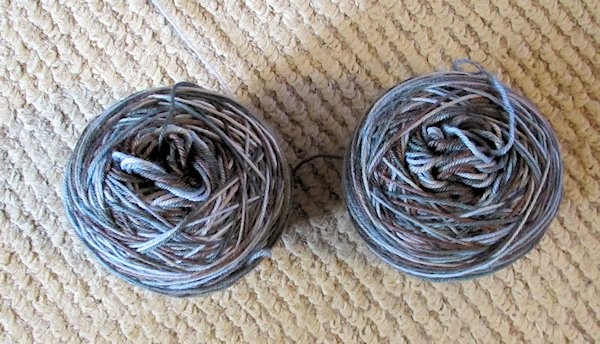 In order to hopefully keep from having too much twisting and tangling, I put them in my double yarn caddy. 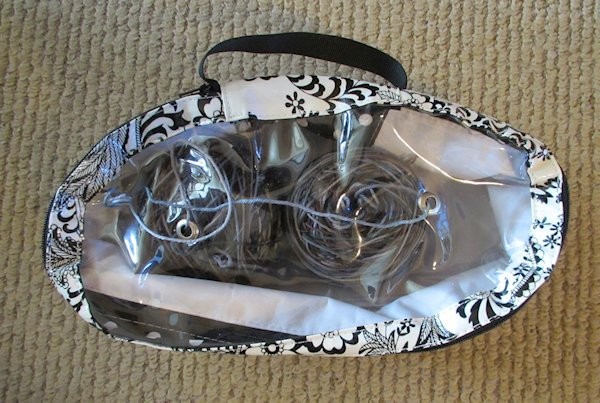 As soon as Vince left to go to work, I grabbed everything and cast on. I still have to follow the instructions in the book step by step, but some day maybe I’ll be able to do it without the book. I got this much done so far! 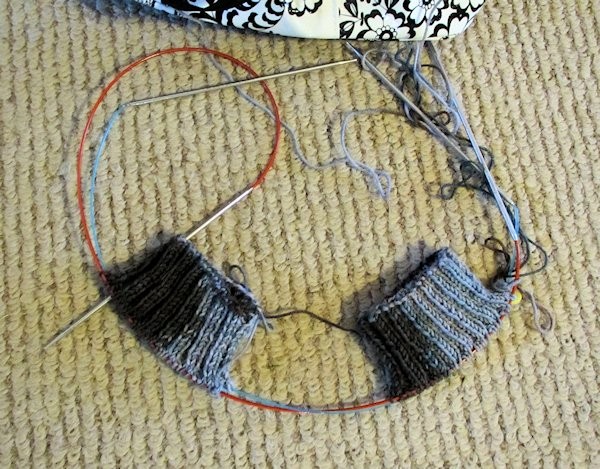 So far, so good. We’ll see what happens when I get to the heel! Wish me luck!