Thank you all for asking about Boots and Speck and Rita and the chickens. Here’s a quick update about them all.

The Chickens – They’re all fine. We still have too many. I’d love to get down to having less than 20. The Ancona (Italian leghorns) finally started laying. All the other chickens the same age had been laying for months. I told Vince I was giving them til spring and if they didn’t start laying, they were going in the gumbo pot but they’ve saved themselves. They lay kinda smallish white eggs that are pointed on the end. The Ancona egg is the middle one. They may get larger after the hens have been laying for a while, but I don’t know if the shape will change or not. There are three hens and they are all laying and all the eggs are smallish and pointed. 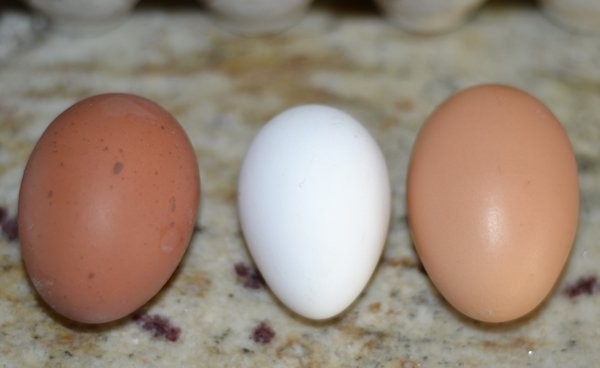 Some folks will tell you that an egg that is more pointed than round will hatch out roosters and the eggs with more rounded ends will hatch out hens. I’ve never tested that theory but I don’t think it would be true when a certain breed of chickens is laying all pointed eggs. Maybe, if ever we want more chickens, I’ll check out that theory. 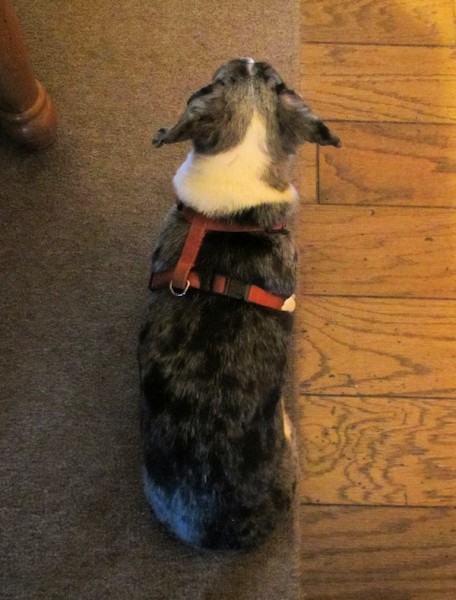 Old Speck . . bless his heart! He’ll be 15 in June. He’s totally deaf and it’s comical to watch because he’s learned to depend on Rita to give him clues as to what’s going on. When she gets excited, he gets excited .. he doesn’t have a clue why but if she’s excited, he thinks something good must be fixing to happen. When Rita wants to play, she gets right in his face and barks at him and he never realizes she’s barking. It’s weird that Speck still acts like a puppy in so many ways. He loves my neighbor and when she’s over, even before Rita showed up, Speck gets so excited. She will always say “Speck, you act just like a puppy!”

Speck is always by my side but the minute I walk out the door, he goes into his crate. I think he feels safe in there. I have no idea if he realizes he’s deaf or if he’s just enjoying the quiet.

He’s such a funny dog . . I guess like older humans, he’s really set in his ways. Because he’s trustworthy and Rita isn’t when it comes to going to the bathroom, I almost always take Rita out first and let Speck wait til Rita is done before I take him out. Every now and then Speck goes out first and then I take Rita but then, Speck is waiting at the door to go again because he thinks he goes out after Rita comes in. It’s easier to take him out again than convince him he’s already had his turn. 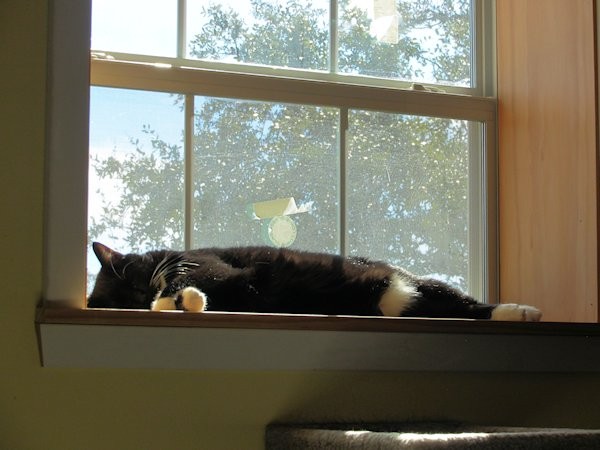 I am so happy to have these deep windows. Boots loves sleeping in those windows. There are three of them and he will move from one to the other, wherever there’s the most sunshine. He has such long hair . . silky, furry like hair, and it’s very thick. He’s always happy when I’m in the sewing room with him but I think he’s happy to see me go too. 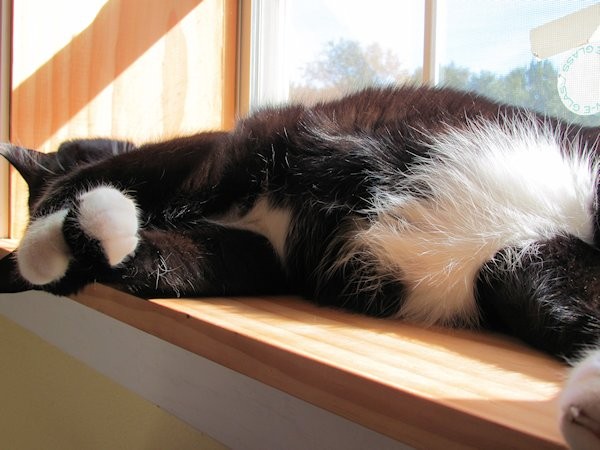 I tried to take a closeup to show you the orange tones in his fur. The other kitty that showed up here with him, which I assumed was his brother, was an orange cat. As Boots gets older, I see more and more orange tones. Do you think he’ll ever be an orange cat?

Lastly, there is Rita. Oh, my .. Rita is a challenge. At least once a week Vince will say “I see why your previous owners dumped you!” 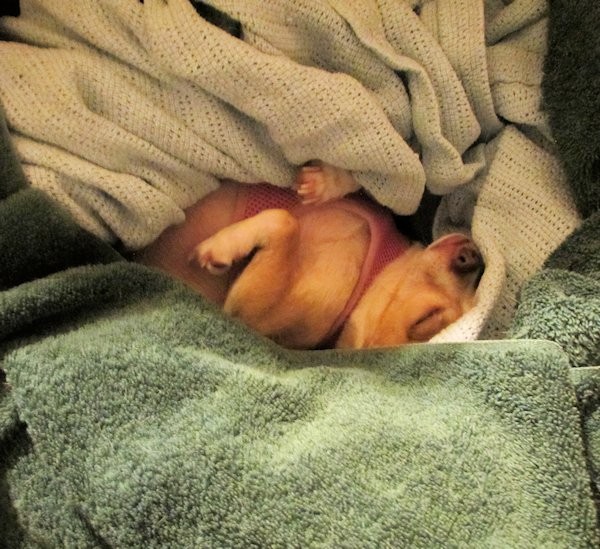 It’s been several weeks since she’s had an accident but it’s simply because I watch her like a hawk. I’m anxious to see how she and Vince do when I go to MO next. It’s a good thing it was his idea to keep her. If he had not wanted to keep her and I insisted, I would be in hot water. As far as chihuahuas go, I think she’s a good dog. She’s friendly and has never indicated a desire to bite or snap at anyone.

If I could remember to slide my chair under the table and never leave anything . . not even a stick of butter or a glass of anything . . on the table, and if she can prove trustworthy about holding it and not having accidents in the house, I think we’ll all make it together. 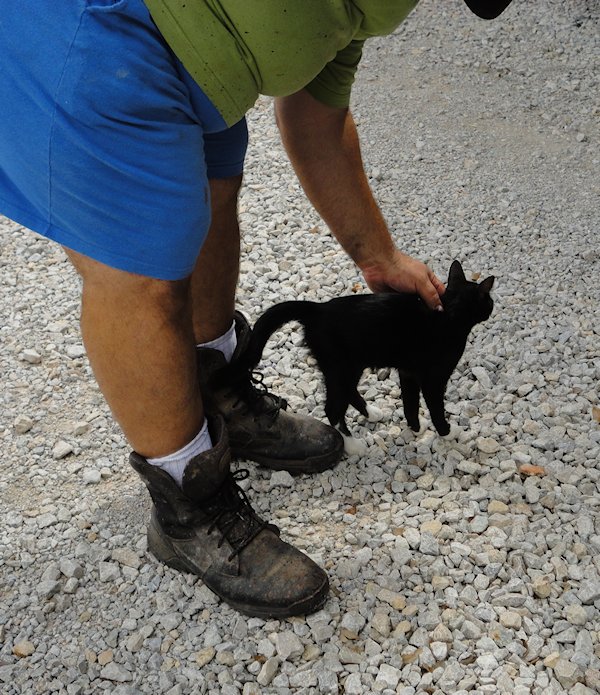 I’m sure our time is short with Speck. Dachshunds don’t generally live much past 15 years but, based on the vet’s estimate, Rita is about 1-1/2 years old now and since Boots came here as a little kitten in July, 2013, he’s coming up on 2 years old so those two should be around for a while.