I’m not making fun of Vince because he’s way smarter than I am . . I know this because he tells me so every day!  🙂

Remember, he thought Rita was a boy dog and had named him Pedro. I was in MO and in the meantime, Vince took “him” to the vet and “his” name was therefore changed to Rita.

There’s a big buck in the woods that Vince has been watching, waiting for. Vince is one who said he would never have a stuffed deer head on our wall and the other day he came in and said “Call your taxidermist friend in Louisiana and see if he knows anyone around here that he would recommend!” Oh yea? Why? “Because if I get that big one, I’m putting his head RIGHT THERE!!”

Tonight he came in from putting the chickens up and he said “There’s a big a$$ doe right there by the edge of the driveway watching me!” I said “Get her!” and he said “NO! There’s a football game on tonight!” (Not to mention it’s 23º out there!) 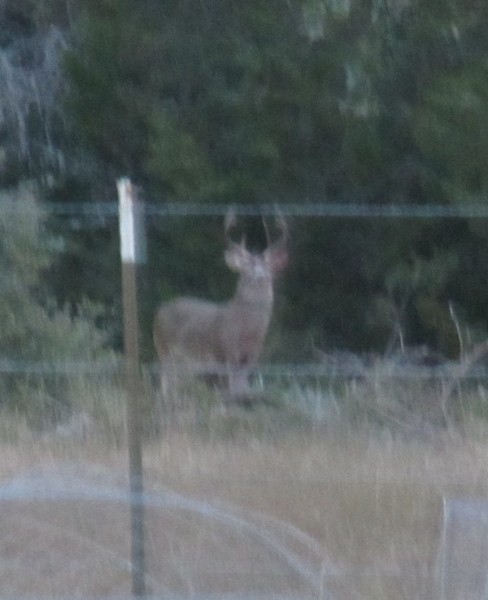 Only four more days to get a buck. I think I would have forgotten about the football game but . . that’s just me.