This was our breakfast. 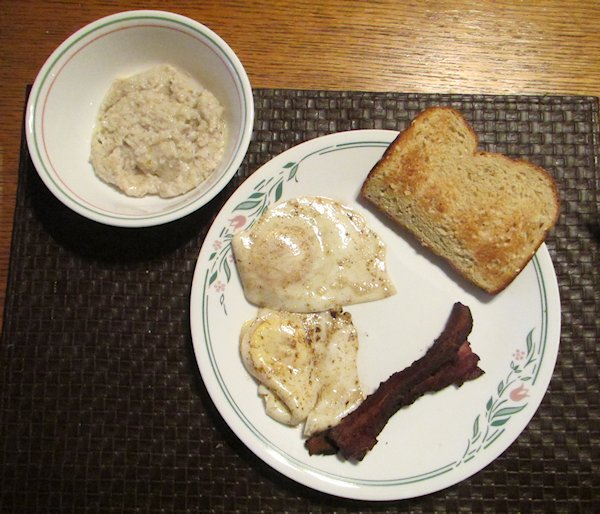 Not very colorful but it’s eggs from our chickens, bacon from the pig a friend raised for us, grits from the corn we grew and . . store bought bread.

Remember the corn that I had so much fun growing? I ended up with about 4 quart sized zipper bags of dried corn on the cob. 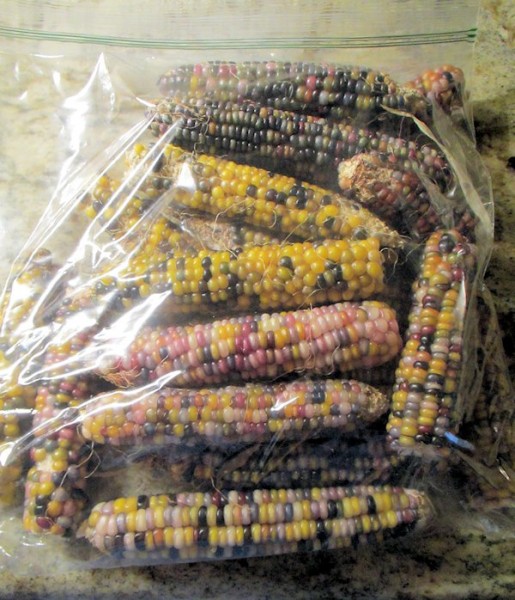 Every now and then, when I have nothing better to do, I scrape the kernels off the cob. 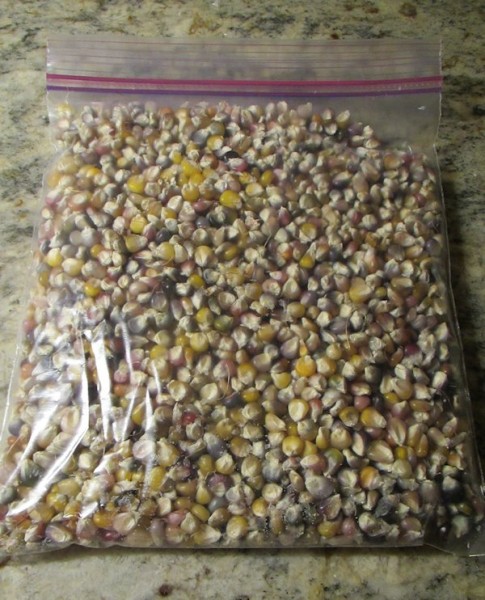 I think it’s so pretty! 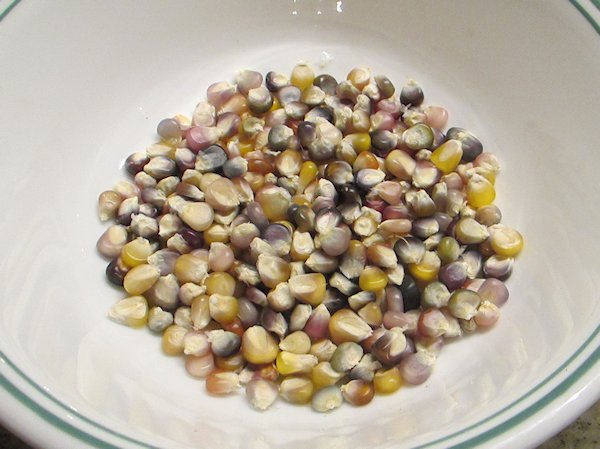 On the mornings we want grits, I simply dump about 3/4 cup of corn kernels in the Vitamix and grind it very coarsely and cook it as we do grits. 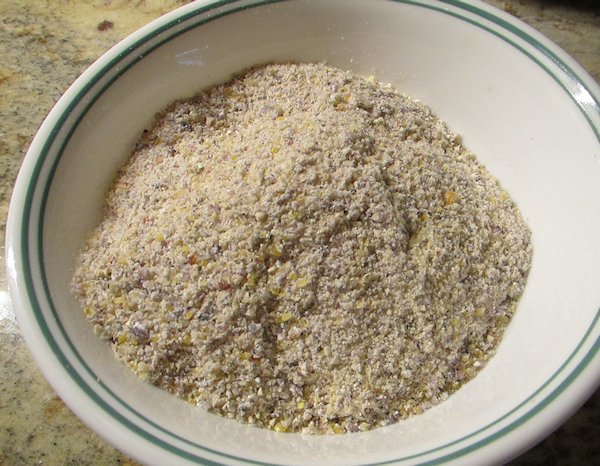 And then we have this. Yum! Grits . . I put butter in mine. Vince puts cheese in his. 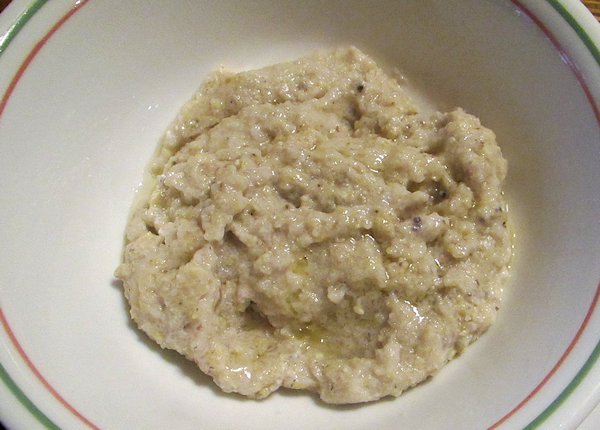 Can’t beat home grown grits, eggs and bacon. The only reason we didn’t have homemade bread is because Vince has been off for about 2 weeks and he goes through bread faster than I can make it. So I’ve been keeping a loaf of store bought bread here as backup.