When I was in MO, we ordered pizza and I went to pick it up. Addie is quite attached to mommy but I had been there several days and she was warming up to me. When I started to go get the pizza, she wanted to go. I didn’t think she would do it but she did. We strapped her in and I was trying to keep talking and talking so she wouldn’t say “Where mommy go?” I started singing “the pizza song”. We’re going to get a pizza! We’re going to get a pizza. Then I would add in goofy stuff like “It’s gonna have pepperoni. It’s going to be so yummy!” And when I’d get to the “We’re going to get a pizza” part, Addie would sing with me. We did that all the way there, while waiting at the drive through and on the way home. 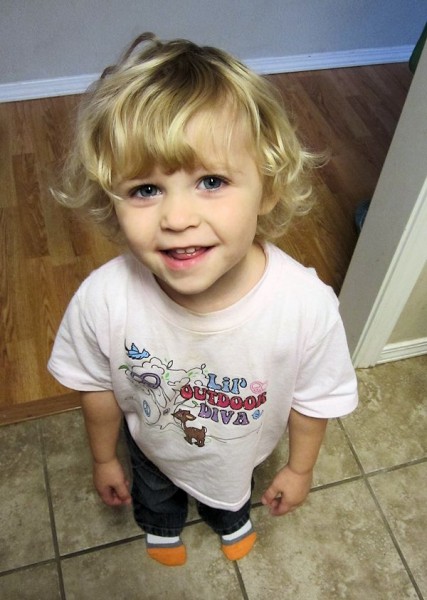 We got home and we sang our song for Nicole and Chad. Nicole called me the other day and she was cracking up. It’s been two months since I was there. She said she and Addie were singing and they sang every song they knew and she said “What do you want to sing now?” and Addie said “The pizza song!”

Made me want to get in the car and drive over there so I could sing along with her!