There’s a wealth of information on the internet about Kombucha so for anyone wanting to know more, please google it. I’m not going to state what I believe to be the benefits of Kombucha because I’d only be repeating what I’ve read . . and I have no real basis for my opinion. What I will say is that I love it. At first, I wasn’t so sure about it but now, I prefer it to soda. While I’m not going to say Kombucha has any real health benefits, I think it’s safe to say that it’s better for me and less expensive, so long as I’m brewing my own, than drinking soda.

As far as where to get the SCOBY, some folks get them from ebay, some find people willing to sell them or give them away if you will reimburse them for postage. I was just a little apprehensive about accepting something like that from a stranger — too many unknowns so I got my first SCOBY from a friend locally. She had gotten hers from a friend so I was pretty comfortable with that. Then I ordered two from Kombucha Kamp. There’s a whole lot of good info on that site too. She sent my SCOBYs right out to me and I had them within two days. They were professionally packaged (you need a bit of the tea as a starter too) and everything looked clean and sanitary so I’m real comfortable with recommending Kombucha Kamp if you want a SCOBY.

As far as brewing the Kombucha, tea is brewed as usual. I’m using black tea for one batch and green tea for another batch. Any tea, except herbal type teas should work. For every gallon of tea, 1 cup of sugar is added. As the Kombucha ferments, it will “digest” some of the sugar and the tea will not be as sweet as you might think. In fact, for the second fermentation, I’m adding extra sugar. Once the sugar is dissolved into the brewed tea and the mixture has cooled down, the SCOBY and the starter tea is added, a breathable cover (napkin) is placed over the jar and it’s left to do it’s thing.

On average, it takes 7 – 10 days for the Kombucha to be ready and while tasting is the best way to know when it’s ready, the time period varies greatly depending on the temperature in the house so I’m using a pH meter to determine the exact time when the brew is ready. The batch today was at 3.27 and that tasted good to me. Depending on the pH of the water used, most black tea is going to be between 4 and 6.5.  The pH of Bragg Apple Cider Vinegar is 3.075. The ideal pH of Kombucha is between 3.5 and 2.5. The closer you get to the 2.5 end, the more vinegary it is going to taste. I’ll document the pH of each batch and once we figure out at what point we like it best, I will bottle it at that pH.

Since I am supposed to be drinking lemon juice (in lemonade or tea) to keep the acidity level up in my kidneys to prevent stones, I’m hoping drinking the Kombucha will do the trick. 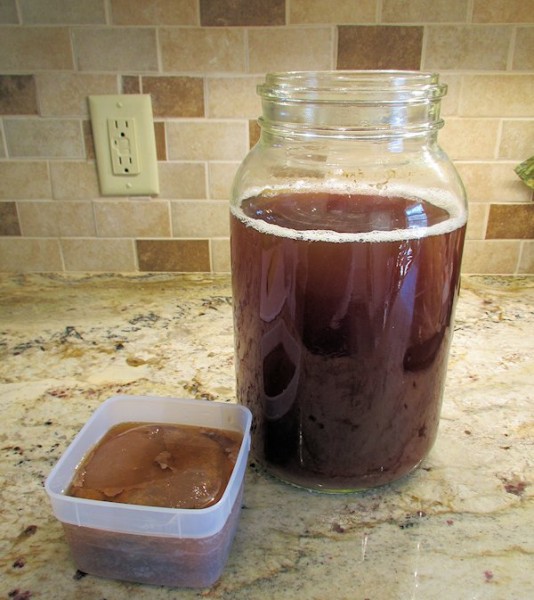 The SCOBY was removed , along with about 1-1/2 cups of tea, which will be the starter for my next batch. 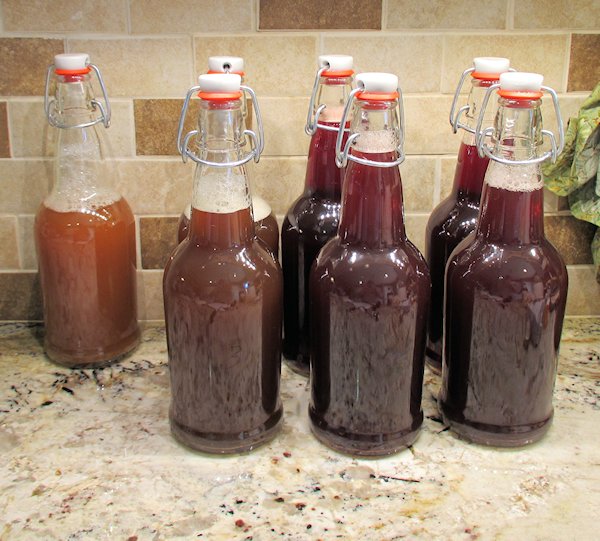 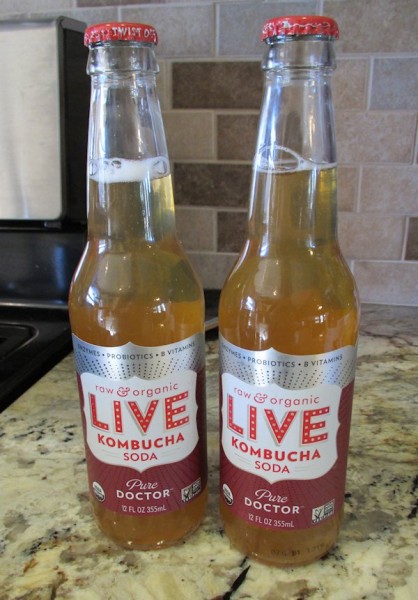 Of all the storebought flavors I’ve tried, this is my favorite “Pure Doctor” and it’s supposed to resemble my favorite soft drink! I’ve tried to separate out the flavors in my mind and I think I taste prune juice but that may be because I’ve heard Dr. Pepper has prune juice in it.

Now, the homemade brew will sit on the countertop for 2 days for added carbonation, then it will go into the fridge and be ready to drink! I will, of course, keep you posted.