A lot of my knitting is done sitting in the sewing room with Boots. I learned quickly that yarn needs to be kept out of Boots’ reach. I bought several Chica yarn keepers. 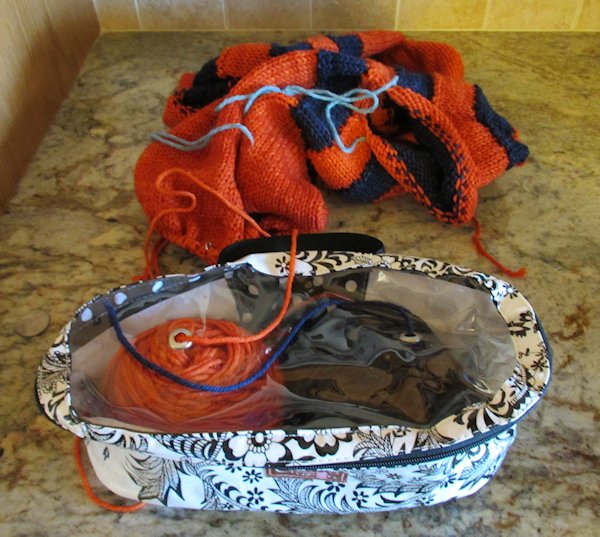 I have several single keepers and this one double keeper. So long as I was in the house, I didn’t have to keep my yarn in a keeper . . til Rita discovered yarn cakes. It’s funny because she doesn’t bother most things. She’s past the chewing stage. She arrived house trained. But yarn is a temptation she cannot pass up. She doesn’t bother it when I’m sitting in the living room but when I get up, she starts looking for a ball of yarn and she barks at it and swats it and chases it and she will unravel a project and get the yarn wrapped around the table legs and everything else. So, all yarn that I’m using has to be in a yarn keeper of some sort.

This morning I was looking at ordering a couple more  yarn keepers and then I saw this on the bar: 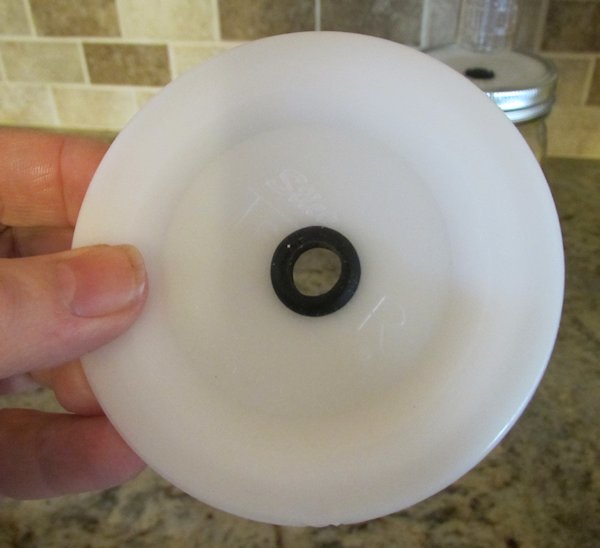 It’s a Tatler lid with a grommet. This is the grommet we use for fermenting and this is what the setup is supposed to look like when used as intended! 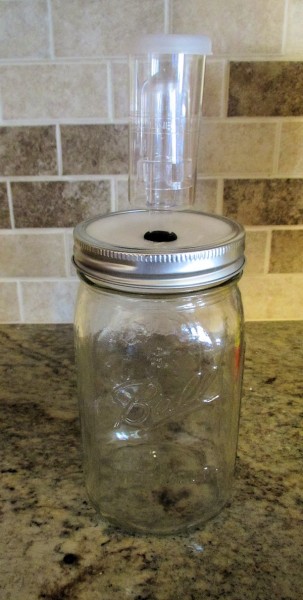 But, this is what it looks like with a cake of yarn crammed down in that Mason jar and the yarn threaded through the grommet hole in the lid. 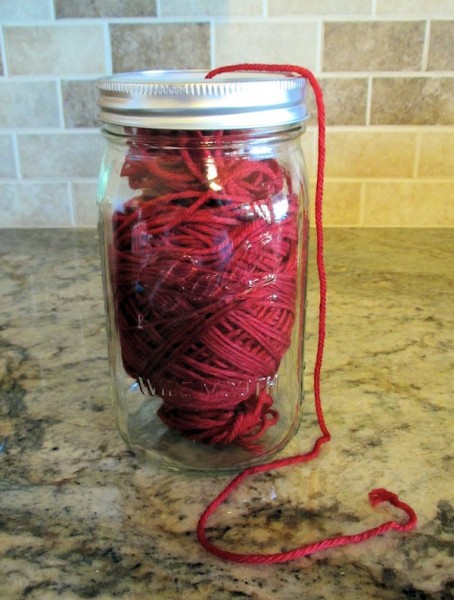 That will keep Rita from destroying the yarn but I’m not so sure about a glass jar so I began looking around for something else I could use. 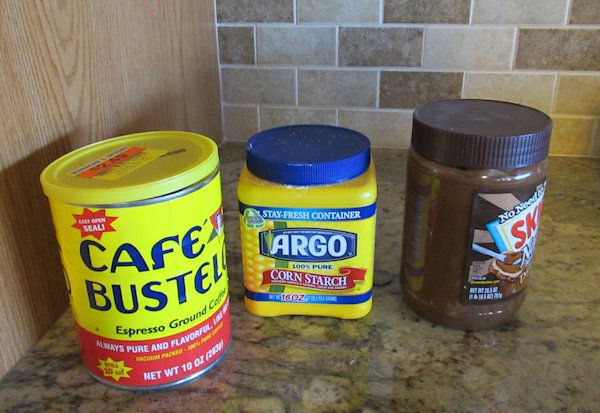 The easiest to empty was the coffee can so I dumped Vince’s coffee in a Mason jar. I had these grommets that I had bought for making some other kind of bags. 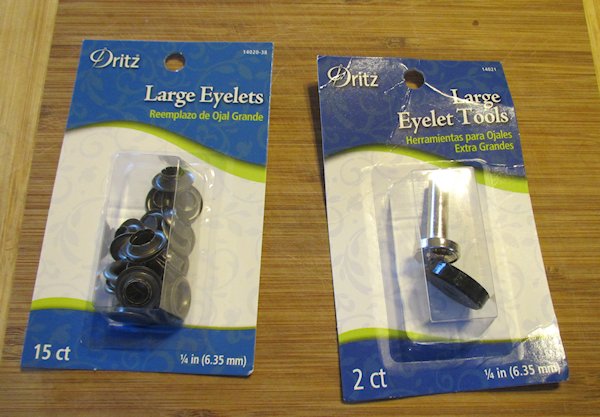 I punched a hole in the plastic coffee can lid and used one of the eyelets. That works! 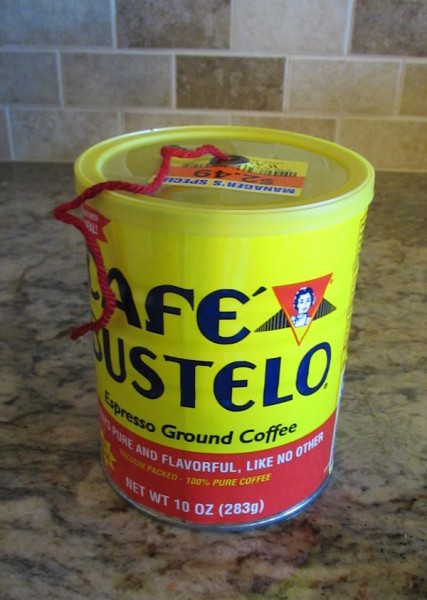 Then I noticed this container. Plastic containers are not my favorites for storing food but they should work great for yarn! 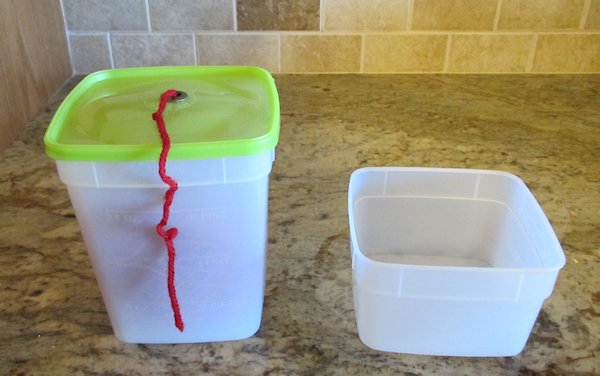 Now I have three new yarn keepers and it didn’t cost me a dime . . made from stuff I had around the house already. 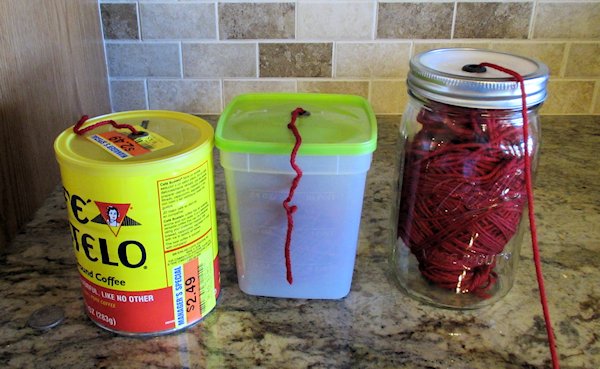 Rita had already found all three of those skeins of yarn and kinda mutilated the cake but they should work ok.

And then Vince came home for lunch:

Vince: Why is there a hammer in the house?
Me: I was using it!
Vince: I don’t like it when you use a hammer or a screw driver. (I always screw something up!)
Me: Wait til you see what I made!
Vince: Is that my coffee can? Where’s my coffee?

Then I told him how much the storebought yarn keepers cost and showed him that I made three for nothing and he was happy again!  🙂