It’s time to get the Fall garden planting finished. There’s still half the garlic left to plant but since I have to position each seed with the right end up, I have to do a lot of squatting and my foot is still too sore to do all that.  I was able to finish up the seeds that I can just drop in the holes! 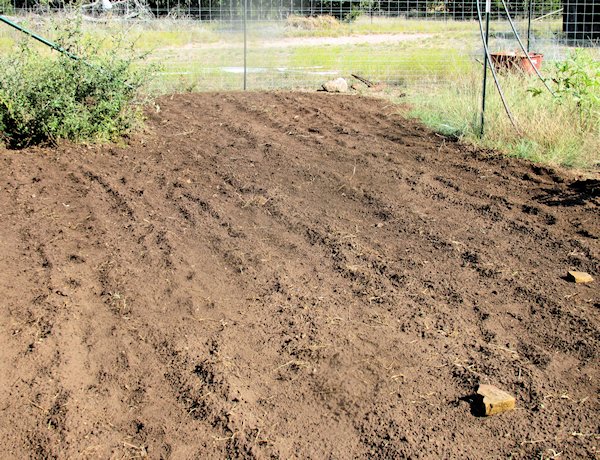 I had about given up on trying to mark what’s planted where. When I used those white plastic markers, the sun was so hard on them that they would get so brittle and even a water hose bumping them would cause them to shatter. I tried writing on wooden craft sticks and the sun didn’t run them but they still got tromped on broken or the weeds grew over them and I couldn’t even find them.

Then I thought . . rocks! We have a lot of leftover rocks from when they built our house and the rocks from the other house the former owns built got dumped on our land so we have those. I took a Sharpie and wrote on the rocks and we’ll see how that works. 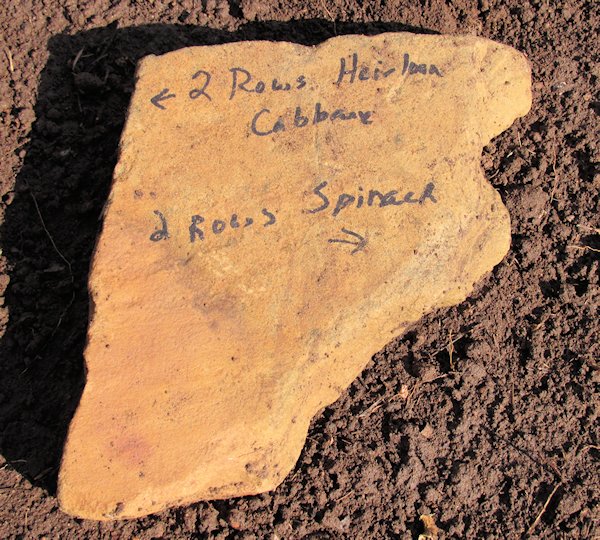 We’ll see how that works out. It’s kinda hard to lose a rock that size and hopefully the weeds won’t completely cover it up. If the Sharpie begins to fade, before it gets completely impossible to read, I can go over it again with the marker, if needed.

Once I get the rest of the garlic planted, I should have room to plant beets and onions. Some time during the winter, we’ll clean out the rest of what’s left in there and do another planting in late January or early February. Some days I feel really lucky that we can garden all year here and some days, I wish I had a break from it all!