Cats are a heck of lot different than dogs but I suppose everyone knows that. Speck is so old and he’s so small, he’s never really been a lot of trouble but . . Boots . . oh, my! That cat must read my mind to figure out the most annoying places he can position himself.

Over the weekend, I was trying to get some fabric pieces cut. 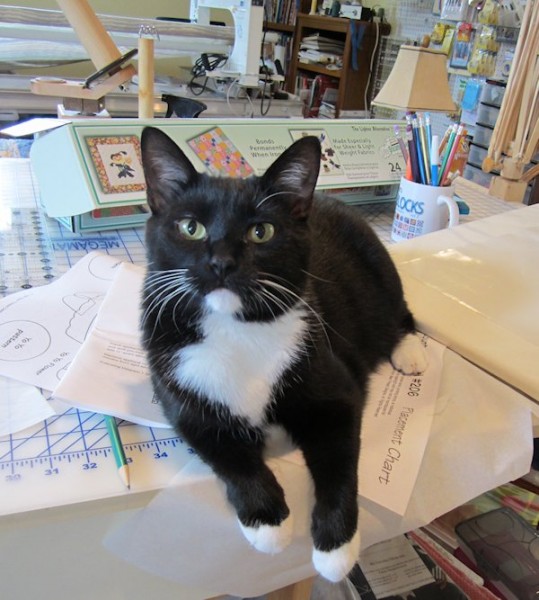 Then I was going to iron/fuse the pieces. 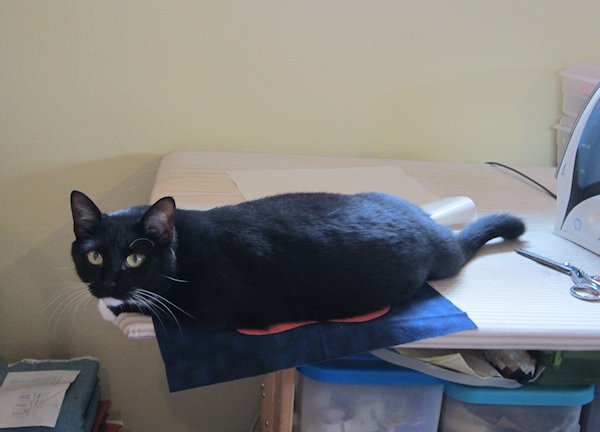 After a while, I realized . . he’s missing. I had left the door open to the fabric closet. He loves to go in there and get behind the fabric and sleep after he’s had enough of me in his space.

When I go in the closet, I know to be aware because no matter how much I’m anticipating it, he jumps out from somewhere and scares me. But not this time, he was still snoozing when I walked in. 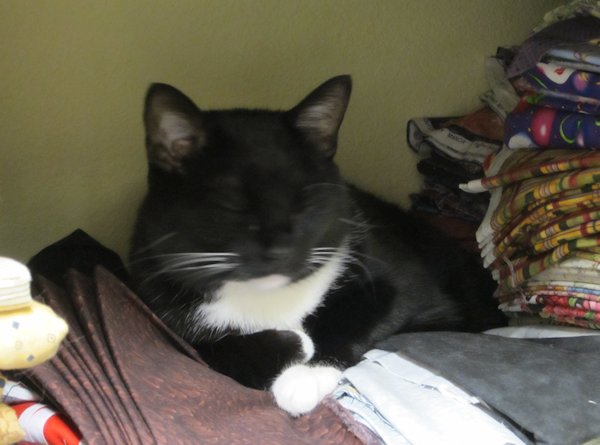 He was tired. It must take a lot of energy to be such a pest when mom is trying to sew. 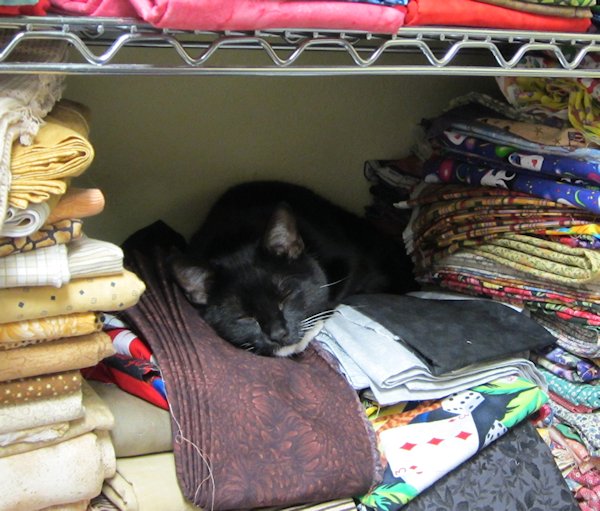 He’s so sweet . . when he’s sleeping! I wanted to pick him up and snuggle with him but I left him sleeping. I had work to do and I figured he would wake up all energetic again and yep, when he finally emerged from the closet, he was ready to play! About the time I think he’s getting old enough to calm down, he turns back into a kitten and I have to watch his every move!