We have two fairly new restaurants here.  It seems like I already wrote about this but I can’t find it . . anyway . . there’s a new Japanese steak house, which is kind of a Hibachi grill type place. We went there to eat earlier this week . . it was really good and definite a restaurant that I’m happy to have in town. 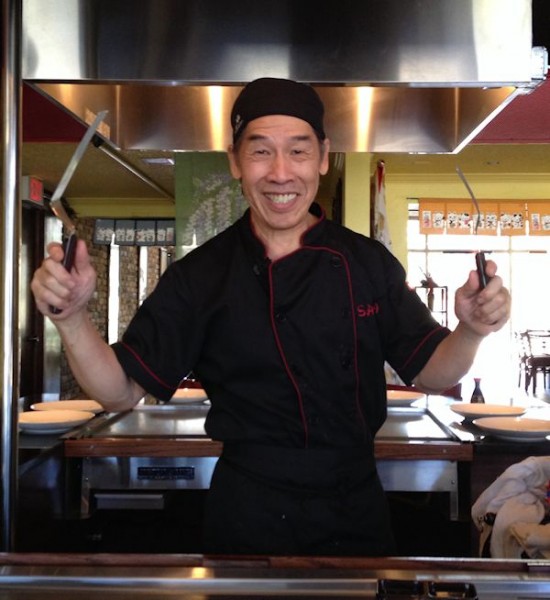 Even better than the food were the people who work there and the owner. We thoroughly enjoyed that place.

The other place is more of a Chinese fast food type place. For some reason, both of us thought it was a noodle place but it’s just run of the mill Chinese food. We ate there and probably won’t go back. Everything was very bland and tasted the same. The best part is that it was not a buffet but still, I don’t think we’ll eat there again. 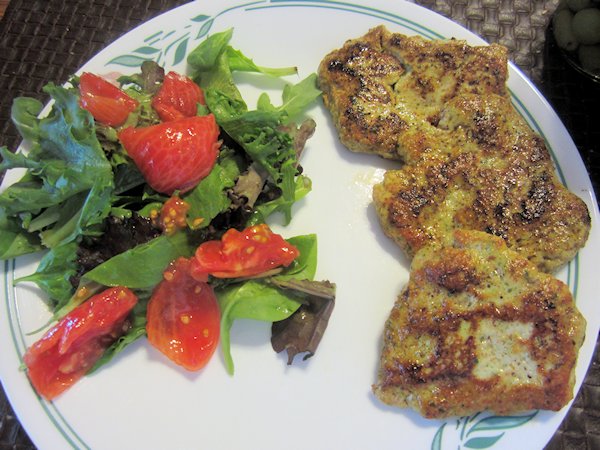 I guess we’ve been in the mood for really good oriental/eastern type food because today I made Thai Chicken Cakes.  About the only thing I did differently from the recipe was to use cilantro instead of coriander. 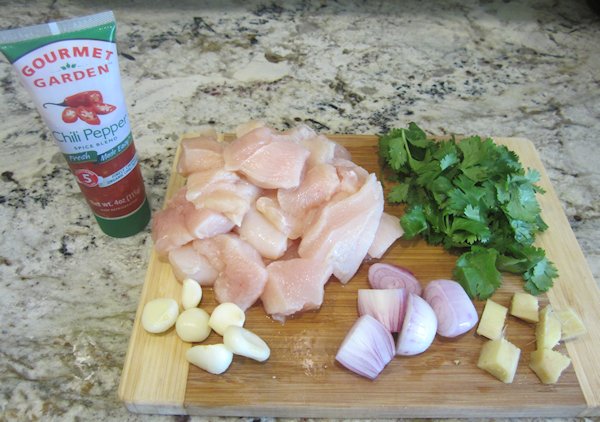 I guess I used a little more garlic than the recipe called for and I used chili peppers from a tube instead of fresh peppers.

Both of us agreed this was a whole lot better than what we get around here. The garlic, onion and cilantro came from the garden so by the time I bought the chicken (I used 2 breasts and have enough of the mixture left more cakes this weekend), ginger,chili sauce and lettuce for the salad, what we ate for lunch, for both of us, probably cost less than $5, and that’s a whole lot better than what we paid for either lunch out!