When we go to town, we pass by a couple of spots along the roadside that are just covered in prickly pear with ripe fruit. It’s killing Vince that it’s there . . free . . and no one is doing anything with it. There are probably rail car loads of ripe fruit within a one mile radius of our house that no one is picking so . . Vince . . we cannot use every ripe prickly pear in this county!  He wanted me to go with him to pick them. No! I am NOT going . . wading through snake infested brush, to get more free fruit.

He decided he would go do it. I said . . PLEASE do not get more than two buckets of fruit. I should have said one! 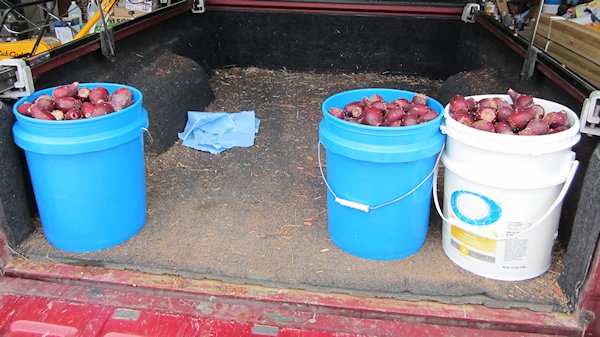 Three buckets may not seem like much but it’s 15 gallons of fruit to be processed. 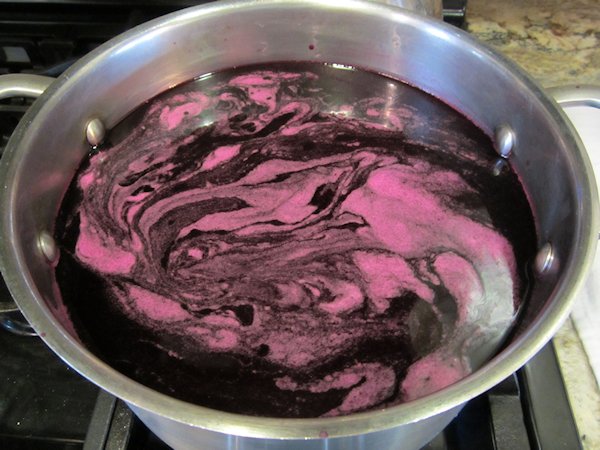 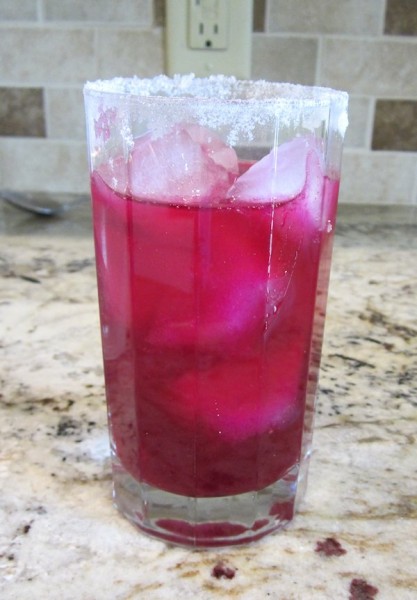