There were several additions this week but almost everything already has a purpose.

First, there was Wollmeise from last week’s update. Left to right, 2 skeins of each:  Sonne, Paul, Red Hot Chili. Just look at those colors! 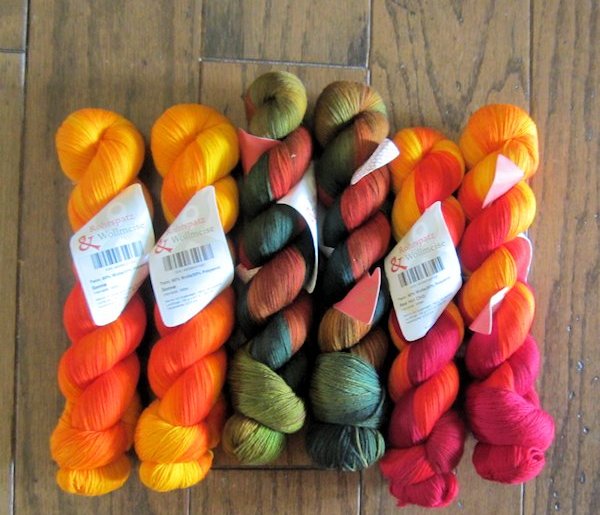 Next is 7 skeins of Alpaca. This yarn is a bit thicker than the last yarn I had from my friend. I’m thinking this one is going to swatch up to being more of a DK than sport weight yarn so I may change my mind about it’s purpose. This yarn feels so good! 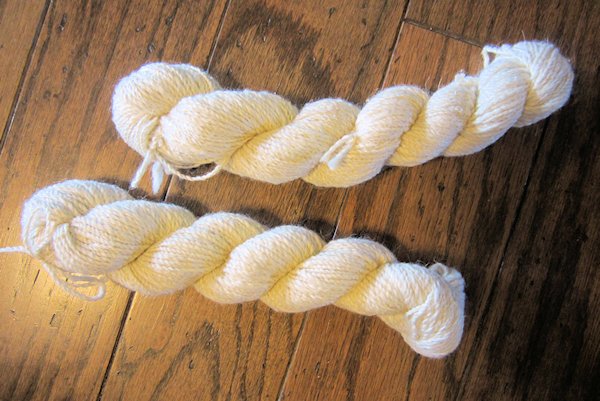 These three skeins are Madelinetosh A.S.A.P., which is a super bulky weight yarn and I figured Nicole and I will make hats from it, to get her used to knitting in the round using circular needles, but by the time I get there, she’s probably going to have finished a pair of socks so she may not even need my help. 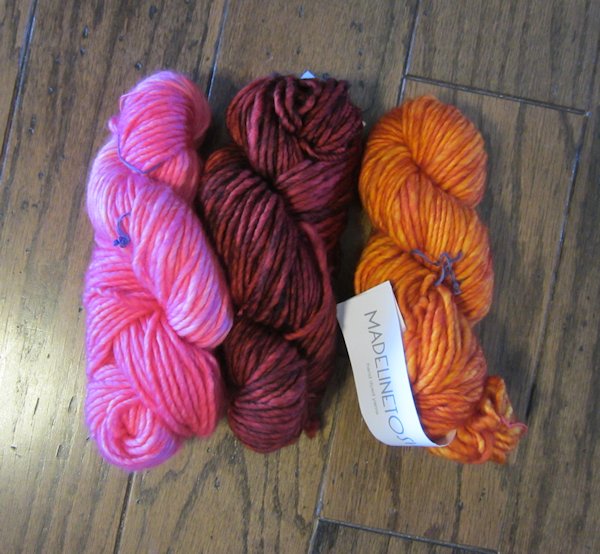 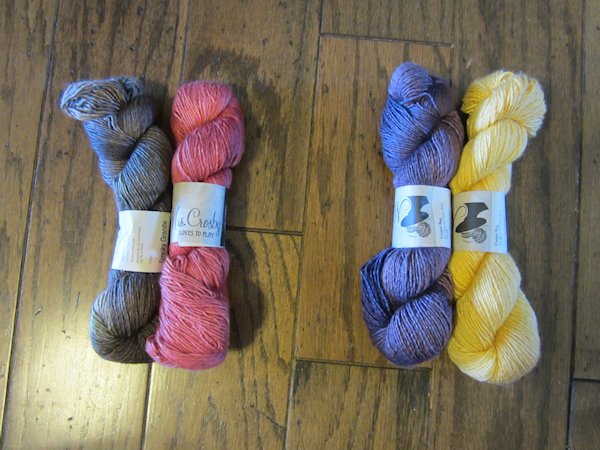 And last  . . Three Irish Girls Springvale DK in Cian. I have loved the color since I first saw it and every time I would start to buy it, I would think “you look horrible in yellow” but the color makes me happy so I decided to just get it! I’m going to use it for a Grandpa Cardigan. 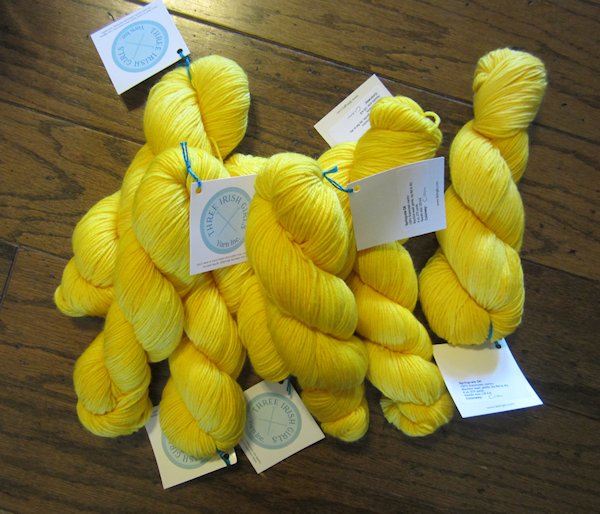