Are you as tired of hearing about them as I am dealing with them? I told Vince last night that I think next year I’m going to plant twice as many as I did this year, harvest tomatoes til it gets too hot and dry and then about mid-July, give up on them and stop messing with them. He said “you know you won’t do that” and I know I won’t. As long as there’s a chance they’ll make a tomato, I don’t give up on them. This year, for some crazy reason, we’ve hardly had a bug problem at all. I haven’t had to spray or dust or say bad words!  There are a few grasshoppers and they seem mostly interested in the asparagus.

One of the small tomatoes we love are the Porters. They’re bigger than a cherry type tomato but way smaller than a full size tomato. I wish they would produce a full size Porter. They’re heat resistant and they produce like no other tomato I’ve tried to grow here. So, what do you do with a ton of small tomatoes? I’ve given them to everyone who will take them. Last night the UPS man was here as I was coming out of the garden with a bucket. I said “Do you want tomatoes or eggs?” He said . . hmmm . . I think my wife just bought eggs. I said “You’re not leaving without something. You can dump it at the end of the driveway but you’re taking something!”  He looked in my bucket of tomatoes and he said “Those are gorgeous tomatoes!” I went in the house and got a bag and said “Take all you want!” Yay, I got rid of more of them! 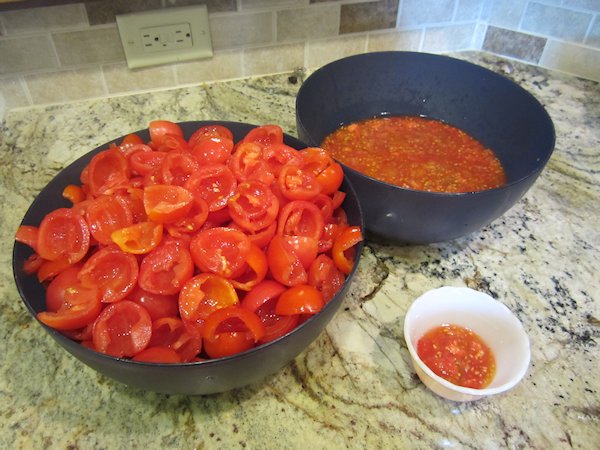 As I had been canning the bigger tomatoes all week, I was tossing the Porters into a 2 gallon bucket and by Thursday, the bucket was overflowing and I knew they were going to go bad if I didn’t do something with them. I left the skins on, halved them, squeezed the seeds out. I had 4 bowls full of tomatoes and 8 pints of “tomato water”. 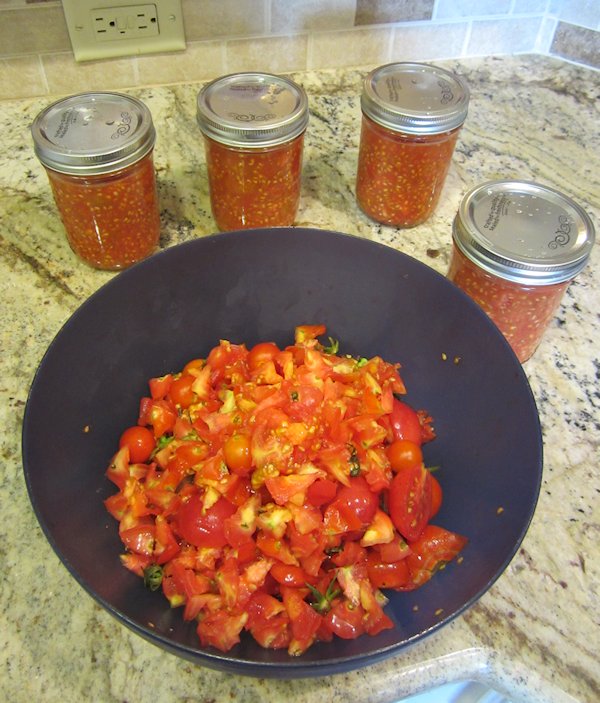 Nothing goes to waste. The tomato water is great in soups or stews. The cores went into the freezer and they will become frozen treats for the chickens on these miserably hot days. 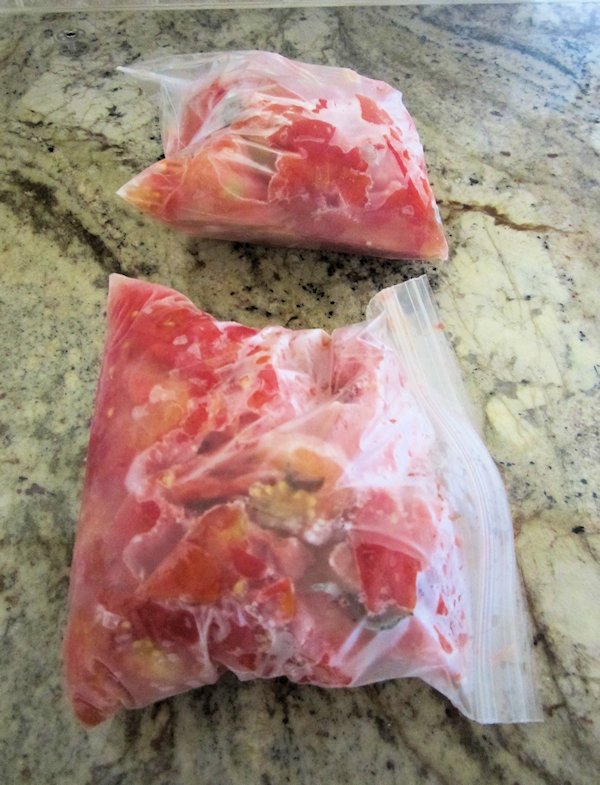 The good part of the tomatoes went into the dehydrator and I ended up with 2 more half pints of tomato powder. 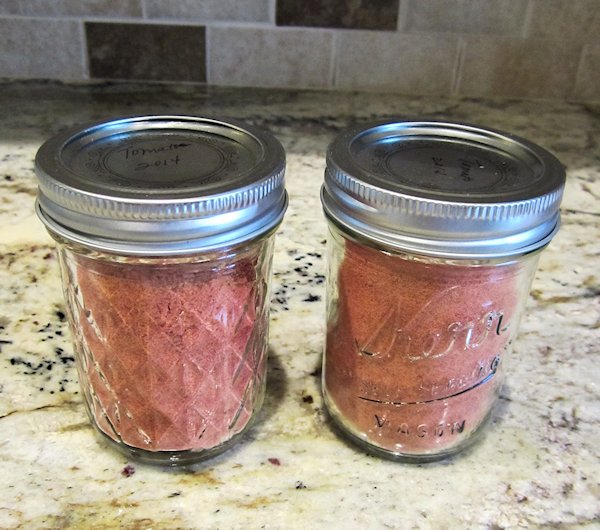 The tomato powder is great when  you want tomato flavor without the extra liquid or chunks of tomatoes. I love it in gravy, salad dressing, deviled eggs, dips . . a little bit of it goes a long way and I already had 6 half pints. I’ll give one or two to Chad and whatever remains will be more than enough to get us through the year.

But . . what about the rest of those tomatoes out there??