Cantaloupes are abundant this time of year.  Last year I planted cantaloupe but had so many and didn’t have a clue what to do with them. They were delicious but since so many of them were wasted, I didn’t plant any this year.  Kroger had them on sale for 88¢ each, I bought a couple and they were the sweetest cantaloupes so I began researching to see what could be done with them. I figured I’d buy a few more and test some methods of saving them and if it worked out, I’d plant them again next year. The first thing I made was cantaloupe/peach jam. 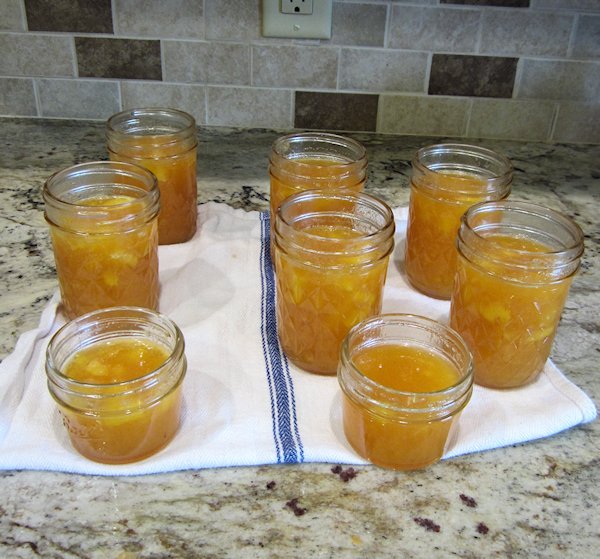 The plan was that the jam would mostly be used as an add in for our homemade yogurt.

Next, I dehydrated cantaloupe. With it being such sweet cantaloupe, dehydrated . . it tastes like candy! Vince says it’s almost too sweet for him.  I love my dehydrator so much that I bought a second one to have two going at once this year. I use the Excalibur and even though it’s more expensive than some, it’s worth every penny. I’ve used several less expensive models in the past, before I convinced myself the Excalibur was worth the cost, and I can’t say enough good about it. Several folks I know who had used other dehydrators and given up on dehydrating decided to give the Excalibur a try and they also are completely sold on it. 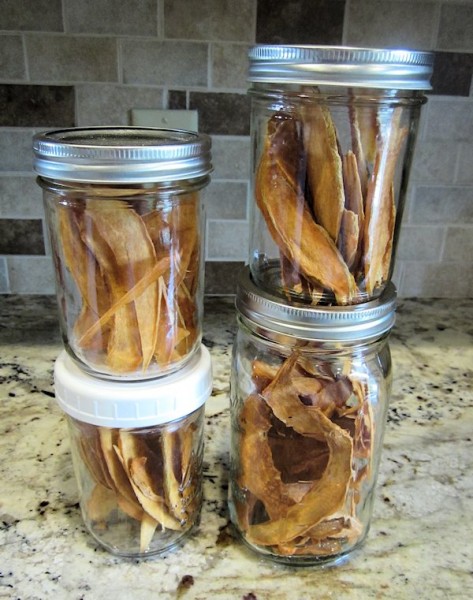 Two cantaloupes were thinly sliced and except that I ate quite a bit of it . . you know . . it has to be tested so I’ll know when it’s done.

I do believe we’ll be planting cantaloupe again next year.

While looking at ideas for cantaloupe, I saw dehydrated watermelon too. Our watermelons should be getting ripe soon so I’ll try some of that too.