First off . . just because I’m not sewing doesn’t mean I’m not spending time in the sewing room, and with Boots. Most of my yarn is stored in the sewing room, there’s a sofa in there and the a/c works much better in the sewing room so when I want to take a nap during the day, I love napping on the sofa over there, with Boots! He’s calmed down enough that I can sit and knit with him around . . most of the time. There’s never a day that goes by that I don’t spend several hours with Boots and then Vince spends time with him too so he isn’t a neglected kitty.

When I go in, no matter how long it’s been since I’ve been in there, he’s happy to see me, wants to be held and petted. After half an hour or so, he wants to move away and watch me from a distance. 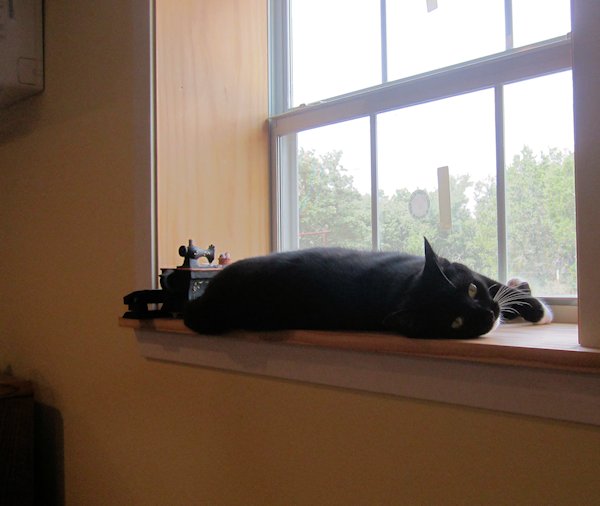 At one point I looked down and there he was . . stretched out on the floor by my chair. 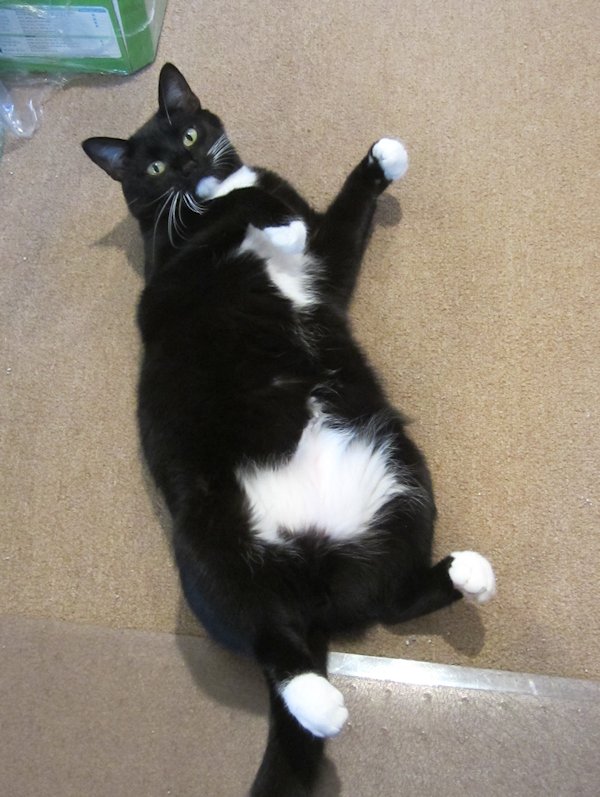 I can hardly believe he’s the same little kitten that came here last year! He’s such a beautiful cat and he’s so sweet.