Do you know what makes a mom happy? This was a call from Chad recently:

Chad:  You know what I really wish you would make for me?
Me:  What?
Chad:  If it isn’t too much trouble and when you’re feeling better.
Me: OK . . what do you want? (With Chad, you never ever know what he might be wanting!)
Chad:   Last year you gave me some sweet pepper powder and I’ve used almost all of it!
ME:  That’s easy! I can do it!

He went on to tell me that he wanted a really big jar of it this year but I told him several smaller jars would be better.

Sunday I picked enough peppers to fill one dehydrator. For the sweet pepper mix, I used banana, bell, pimento and added just a couple of jalapeno peppers just to give it a bit of a boost.

For all of them, I cut out the core and seeds and chopped them, obviously into big chunks. 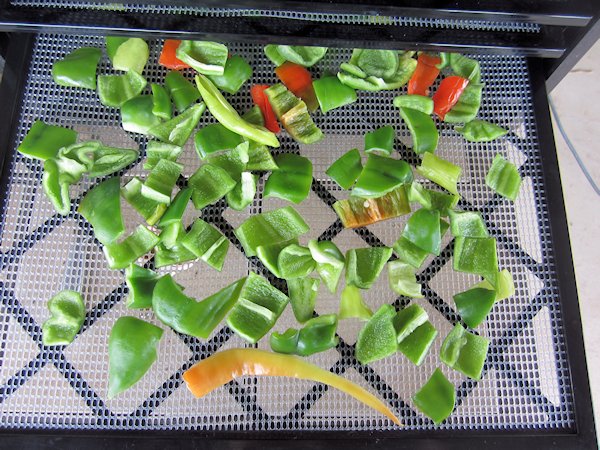 Half the dehydrator had sweet peppers and half had hot peppers – jalapeno, poblano, chili and tabasco peppers. 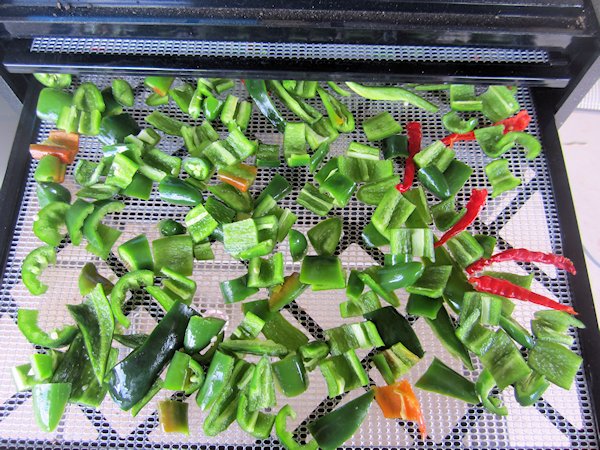 Once dried, they went into the Vita-Mix. I took the container outside and dumped the peppers into it. 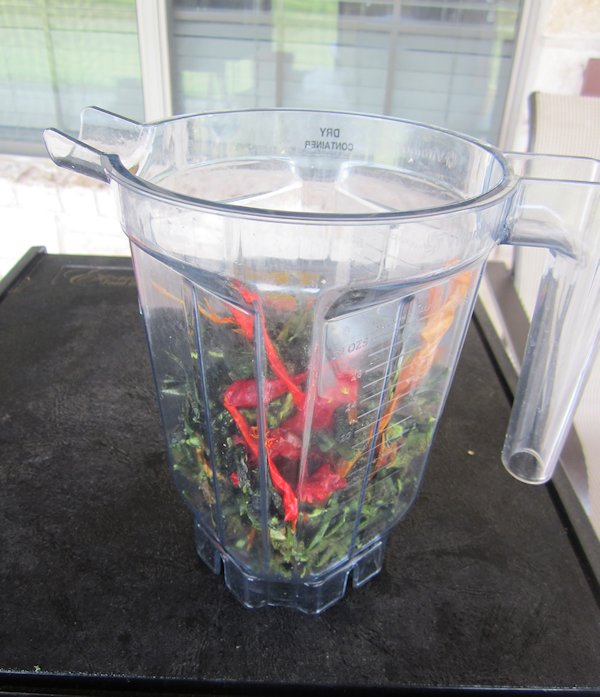 Then I brought the container in and ground the peppers. If you’re doing this, be sure to let it sit for a while before taking the lid off. The powder is fine and it’s floating around this stuff will take your breath away. If I’m doing more than a small batch (this is a small batch), I wear a particulate respirator. These respirators are so good to have around. Vince uses them when it’s dusty and he’s cutting grass or when he’s chipping cedar for mulch or sanding or anything that generates dust or . . particulate. I use them when dealing with powders in the kitchen that can be irritating. They’re very good to have in your supplies if you’re a prepper.   Full Disclosure:  They’re a 3M product. 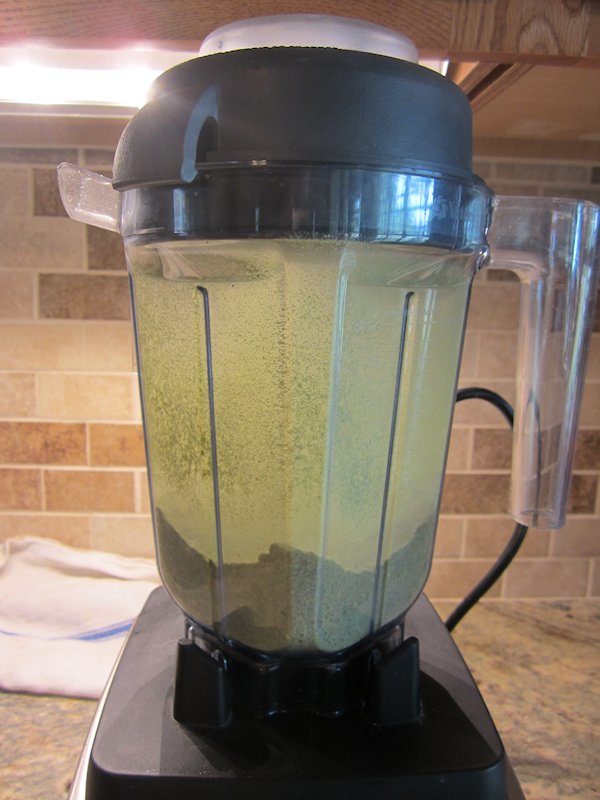 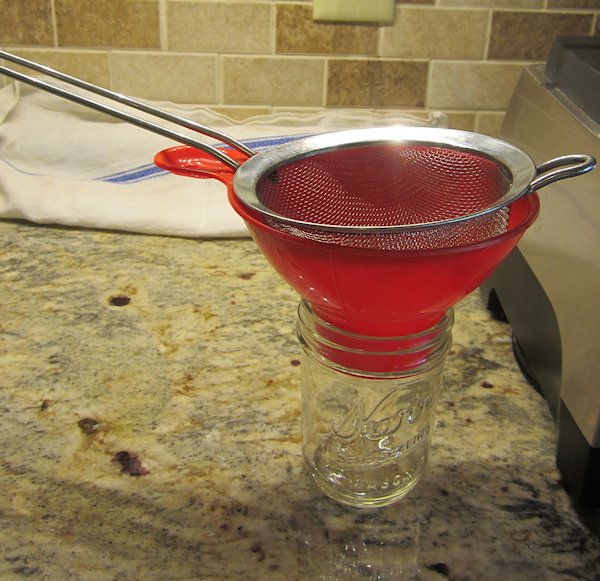 The powder was put into a half pint jar with a 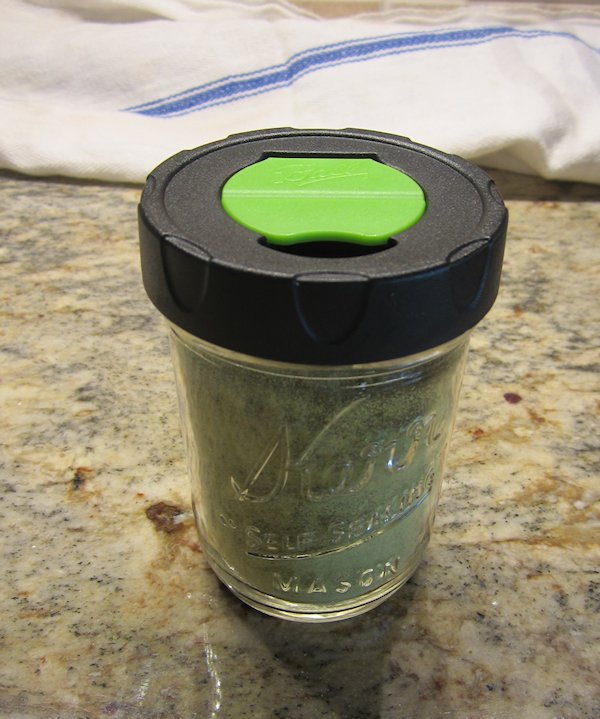 These lids are great because close tightly, they flip up for shaking. The holes are big enough to let roughly chopped pieces through . . like basil, oregano, rosemary, etc., but a gentle shake is all it takes for the finely ground pepper. 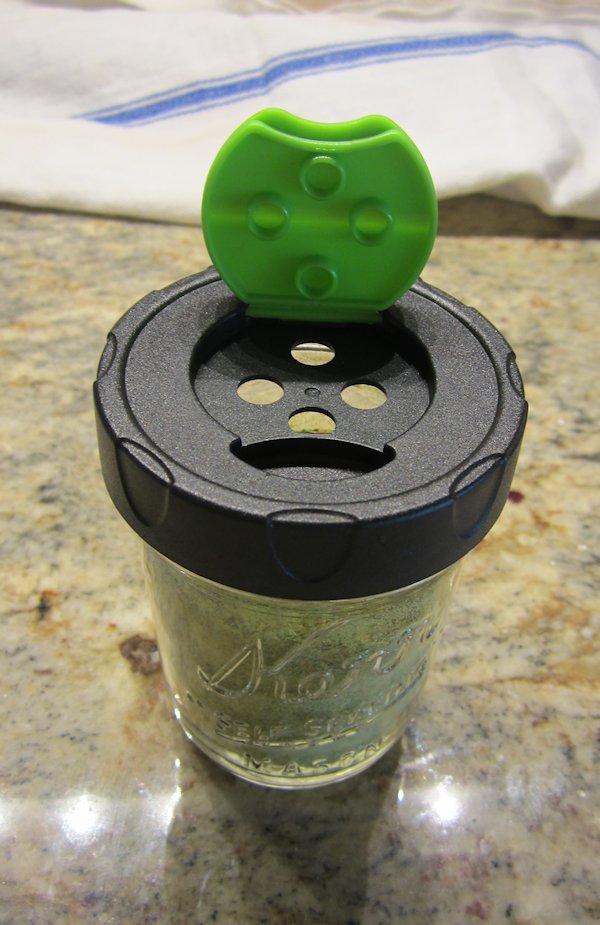 The Herb Shaker Caps can probably be found locally but, if not, you can order them here. 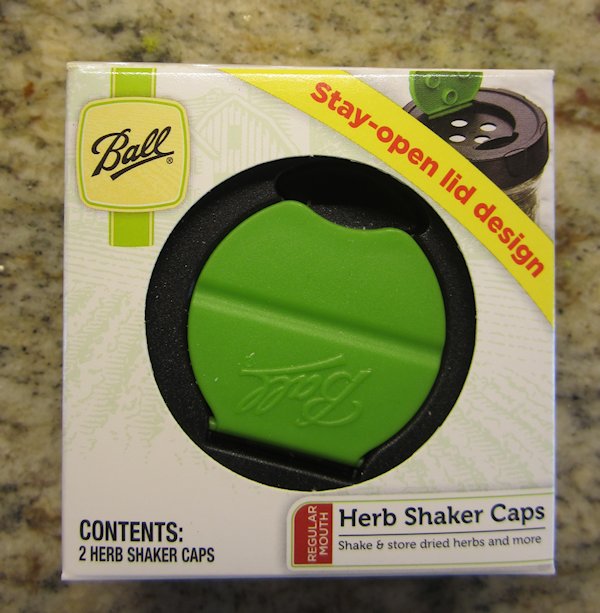 This blog post is long . . pictures are bit. I assure you that it took me longer to write this post than it took me to make the pepper powder, not counting the dehydrating time!