Many of you have asked me about Della . . the sweet little bantam girl who was living withe the evil red hens who pecked open all her eggs before they hatched. 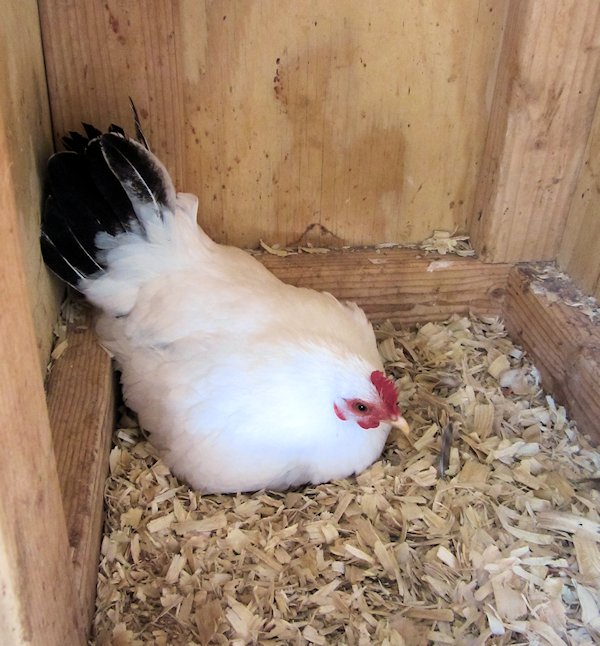 We removed her from the coop with the mean chickens and put Della in the little coop right next to the red chickens. She was alone but she could see them and they all hung out by the fence together each day. But Della was truly lonely. She wanted to be with her chickens her own size so we moved her into the bantam coop. It was not a smooth transition. A couple of the chickens in there were downright mean to sweet little Della. I would pick her up several times a day, hold her, tell her it was going to be ok, feed her strawberries or blueberries and then put her back in there. I am much relieved that they have all now bonded. 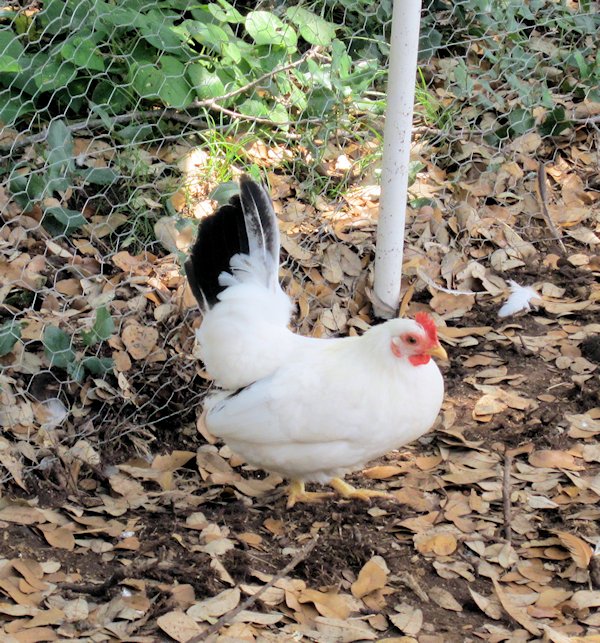 Della has not begun to lay again and I suppose it’s because of all the trauma . . losing her babies, then getting moved, then getting moved again, but she seems happy and content now and I’m hoping she will begin laying again soon. 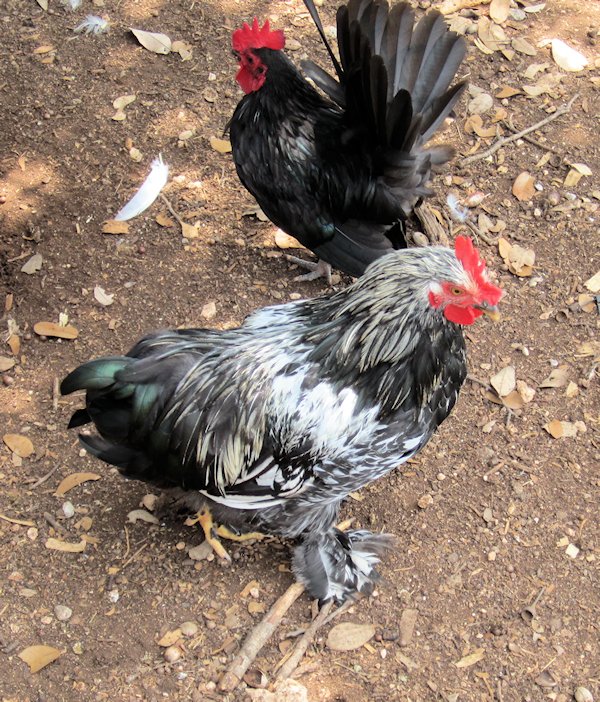 Boys in the Bantam Coop

We have some handsome guys in the bantam coop if Della decides she would like to have a boyfriend!  In front is Petunia, which really isn’t a good name for a boy but so far, he has not complained. In the back is Screech and he is still the dominant rooster in the coop. He makes sure everyone knows it  . .  including Vince and me. 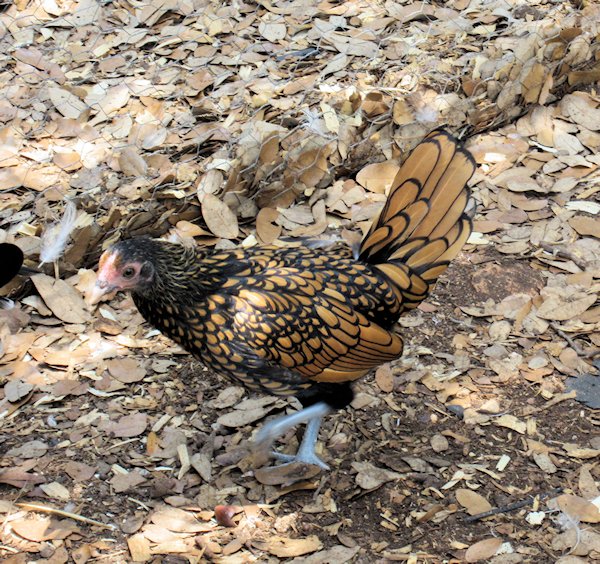 This is a Sebright and her name is Edith. She is very petite but not very friendly with us, though she doesn’t seem to cause any problems in the coop. 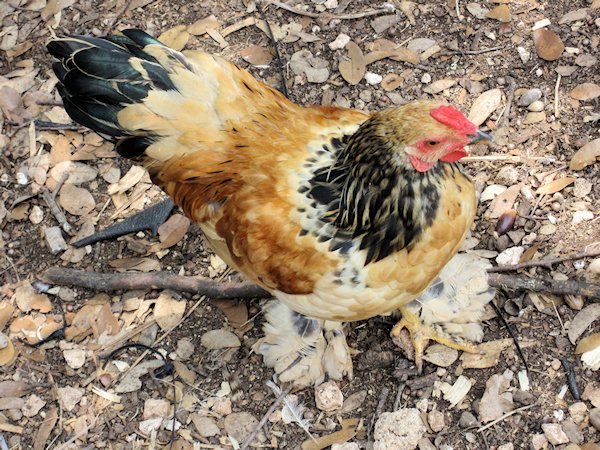 This is a  Buff Brahma  Bantam. We have several of these. One of them was one of Pearl’s original babies but she is no longer joined at the hip with Pearl. 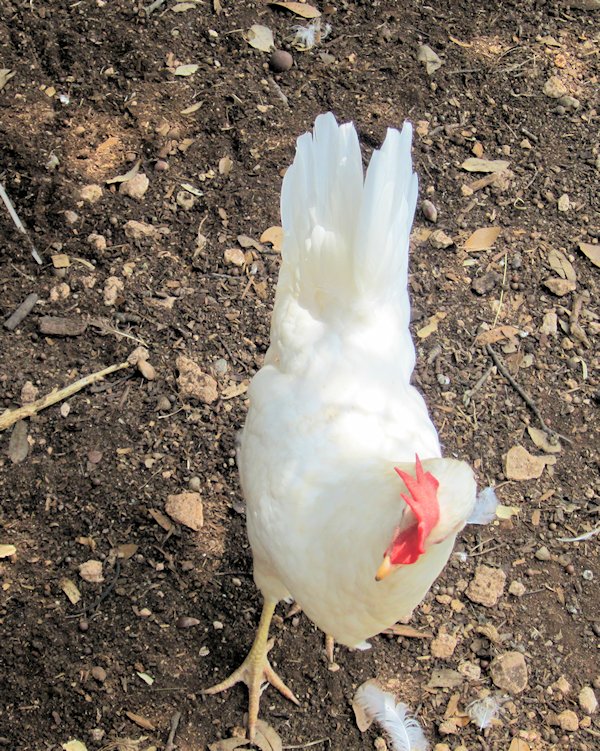 Pearl, of course, is not a bantam but I’m not telling her that! We tried moving her to another coop and she was heartbroken and stopped eating so we put her back. She doesn’t hurt anyone so she can stay in there with them. She’s a full sized white leghorn and she lays one big, white egg almost every day. 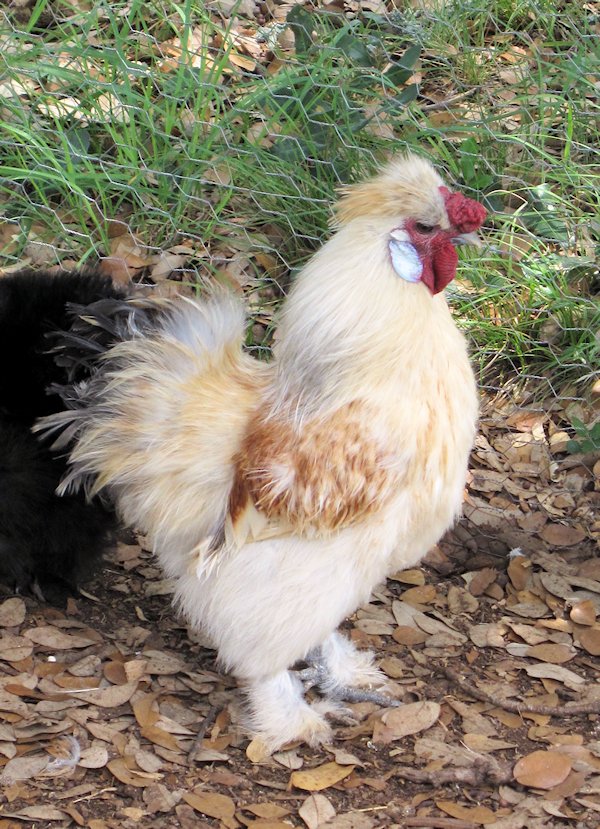 There are a few others but I didn’t get pictures of them. This little guy is Chief! He’s an offspring of our original Silkies. There were 6 that hatched out after we lost the others, I gave one rooster away, a snake killed one and we were left with 4 – 2 whites, a black and Chief. One of Pearl’s babies was a buff colored Silkie so now we have five Silkies, with Chief being our only Silky rooster. I love that Chief reminds me of all or our original Silkies. We had Thelma and Louise who were solid white. They were both supposed to be hens but Thelma ended up being a rooster. We had Tiffany who was buff colored and Smokey who was blackish/grayish/blue. Chief has the buff colors, just a little white, and the dark tail feathers. He’s such a pretty rooster!  His earlobes are turquoise, as they are supposed to be on a Silkie, but they’re huge and look like he’s wearing big ear rings. Don’t you think he’s so pretty? He was the only rooster in there til the other bantams moved in and little, bitty Screech quickly showed Chief who was the boss. They don’t fight but there’s no doubt who’s the top dog in that coop . . it’s Screech!