You will all remember that about two months ago, we had solar panels installed. I know you remember because I talked about it non-stop for months! 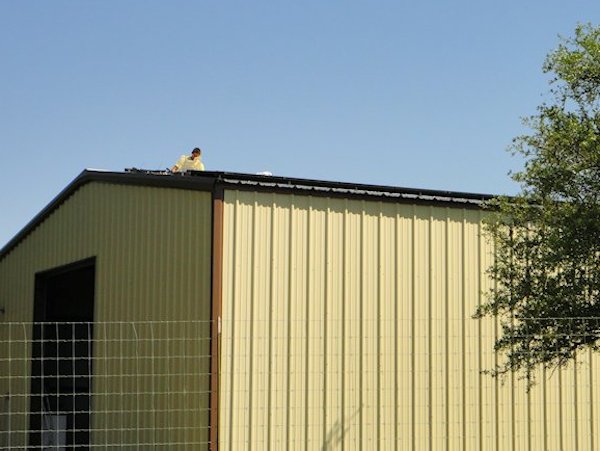 Having the solar panels installed was a piece of cake, though I had a friend who recently decided to do it and gave up because of the problems she ran into with the solar panel people.

Finding a “retail electric provider” (REP) turned into a problem that turned into a nightmare. Then we had the issue where the line company inspected and approved our system, then the meter reader came out and saw that the meter was spinning backwards, contacted the electric company and they came out to pull the meter because they didn’t know our system had been approved. That resulted in lengthy and frustrating discussions between me and the electric company guy in my backyard, and Vince and the people at their office. Finally, the right hand figured out that the left hand had approved our system and they backed off.

Fast forward almost two months . . you might think everything is running smoothly. The solar system is. The electric companies we deal with . . not so much!

They usually read the meter around the first of the month and they cut through the woods coming from reading the neighbor’s so I usually hear and/or see them. I was kinda watching for them on June 1, and June 2, and June 3 because I wanted to see what the meter reading was when they read it and then calculate to see if I could come close to what our bill would be. When I never saw or heard them, I figured I had missed them.  Around the 10th or 12th of the month, we usually get our bill. Since this would be our first month after deregulation and switching to a new REP, I wanted to see what the bill was going to be. Our bills are paid directly so I usually don’t pay any attention to them . . don’t even open them but look at them online.

It was getting time for us to go on vacation so I asked Vince if he thought we should call about our bill. He did . . on about the 12th of June. They said our meter hadn’t been read yet. That was strange. Then I was talking to the neighbor and asked if they had got their first bill. They had not. She went online and was able to read her bill there. Our account online was still showing that our meter hadn’t been read so Vince called them again on Monday. The REP still didn’t have a reading so, while Vince was on the phone, they called the line provider who said we had used a bit over 700 kwH. Wait . . that’s exactly what we used in May, 2013, before we had solar panels.

Vince began making phone calls. Monday afternoon we got an email from the line provider (who reads the meter) and they were “researching” it.  Two full days later and we’ve heard nothing. My guess is . . they didn’t even read our meter. I believe they think it’s a smart meter and reading itself but they’re the ones who installed it and it isn’t a smart meter.

This is not frustrating to me because of the electric bills. It will get sorted out. No matter what we’re billed for now, it will all get “fixed” with the next month’s bill.

What is frustrating to me is this: Why is it that we have to jump through so many hoops just to get the minimum service from these people?

Why did we have to go through 3 different REPS to finally get one one who would do what they said they would do? Why did the line company approve our system and then someone else from the same company think it wasn’t approved and try to remove or meter (thus turning off our power)? Why can’t they read our meter correctly, get the numbers to the REP so we can get an accurate bill?

If it was just the electric company, I could deal with it . . maybe. This seems to happen more and more with the companies we deal with. Vince and I were talking the other day and we’re thankful that we have our own water, our own sewer, no home phones, no cable, no trash pickup . . everything we DON’T have just means less frustration.