The block we will be making for March is this, which is called “Rhode Island”. As with the previous months, the block is 12″ finished and you will make two. The block is not hard but it’s different. There are some bias edges so take your time, cut accurately, sew accurately, press with care and no complaining!   🙂

Also, there are some eighth inch cuts. They aren’t hard . . just takes a little more time. Also, this is one of those blocks that took a whole lot more words than it should have so please don’t be intimidated by the length of the instructions. 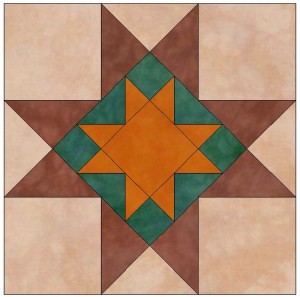 Beginning with the center star: 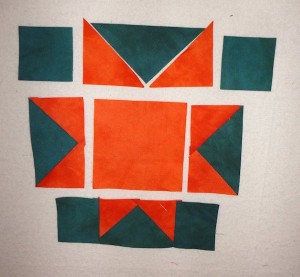 Start by laying out the Fabric 2 and 5 pieces. Make 8 flying geese. 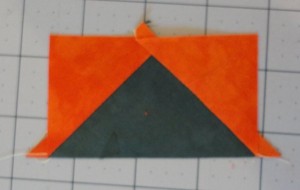 These will probably need a little trimming. 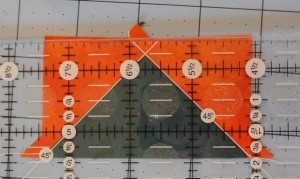 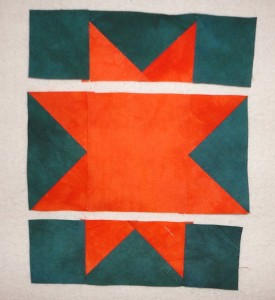 Sew those pieces to the top and bottom of the 3-3/8″ square to complete the center of the block.  Make 2. 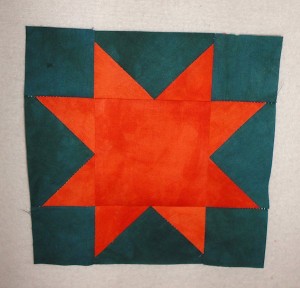 Turn the block on point. 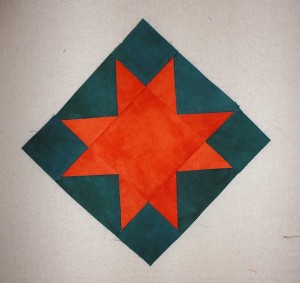 Lay out the additional pieces. 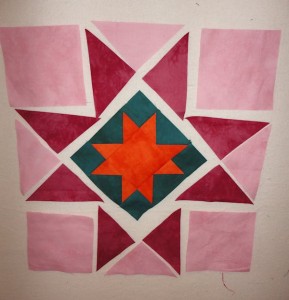 Using the 4-1/2″ squares, fold the square into quarters (in half and then in half again), finger crease so that you have a horizontal and a vertical line intersecting in the center of the square. 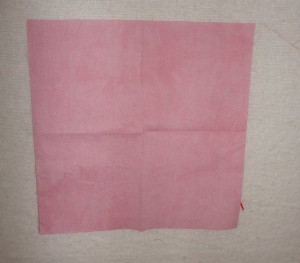 Using the Fabric 6 triangles, you’re going to sew them to two sides to create 8 of the following segments. 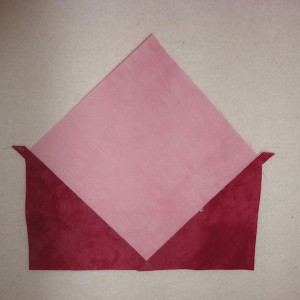 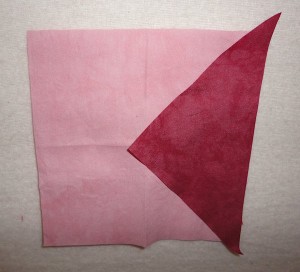 Sew the seam, then press, then sew the second triangle to create the segment.

Two of the units will go onto opposite sides of the center star.  Make 2.  The remaining units will have a Fabric 1 triangle sewn to the sides as shown. Make 4. 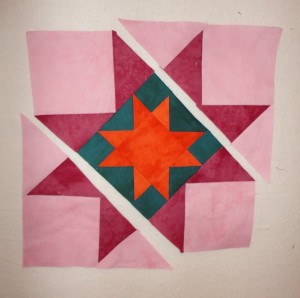 Sew the final sections on to complete the block.  Make 2. 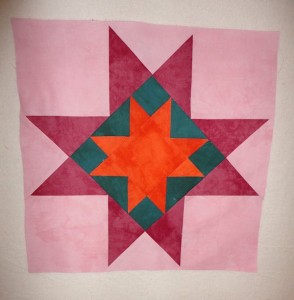 If your January and February blocks are done, please share a picture. On Wednesday I will draw for the winner . . who will receive a Stash Pack from Vicki Welsh’s Etsy Shop. When you need (or want) hand dyed fabric, please remember Vicki . . who sponsors this Mystery.