Before we ever moved, but after we knew we were moving here, I was looking online to learn everything I could about Brownwood and found that they have a local Dutch Oven Society.  I’ve never done any Dutch Oven cooking . . the kind where you use coals and do it outside, but I’ve wanted to do it.  I didn’t want to go to their meetings by myself and Vince wasn’t ever really interested in going.  You know how it is . . he wants good, hot food on the table but doesn’t care too much about how it gets there.

Today there’s a little festival in a neighboring town and the Dutch Oven Society was supposed to be there doing demos so I dragged Vince out there.  I just kinda wanted to see it all in action and I did.  “Was supposed to be there” . . therein lies the problem.  They were not there!  There was a real nice guy with a covered wagon and he was all set up like it probably would have been back in the wagon train days.  He was getting ready to cook in a big Dutch Oven so I started talking to him and he gave me all kinds of good info.  There was a blacksmith there so we bought a handle grabber thing from him.  Even the Lodge brand grabbers are now made in China and folks are complaining about the quality so I as glad to get one from a fairly local blacksmith.

We came home and I ordered an 8 quart Lodge Dutch Oven: 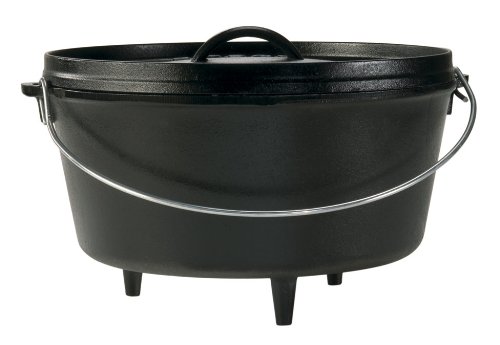 And a Lodge 4 quart Dutch Oven: 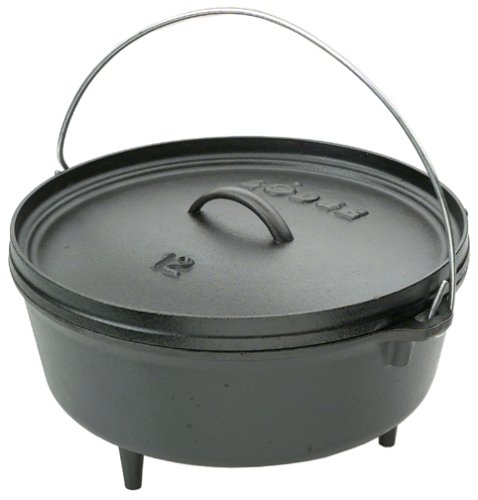 Vince is going to build a “fire wall” of sorts to keep hot embers from flying off.  We almost always have a burn ban here and the last thing I want to do is have embers blow off and start a fire.  I’m looking forward to playing with the Dutch Oven.