Earlier in the week when I knew my friend was coming over to bring those herbs, and I knew one of them was Saigon cinnamon, all I could think about was cinnamon toast for breakfast.  Mostly I make whole wheat bread or sourdough bread but I just wanted plain old white bread to make cinnamon toast. Another thing that I like best on white bread is toasted cheese sandwiches.  With the Fall weather, I figured it was time to make some tomato soup and toasted cheese sandwiches so one morning, I was up before daylight and had the mixer going. 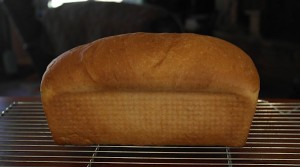 I made a loaf of white bread. 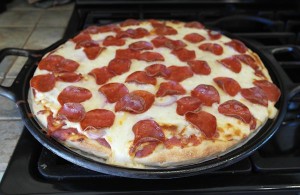 I made a full recipe of pizza dough and made a pizza for lunch. 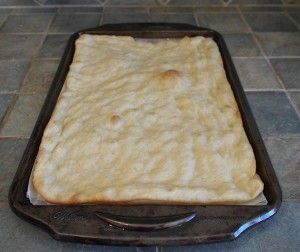 And I pre-baked another crust which will be a pizza to serve on another night when we’re having friends over.

That was a productive morning . . I love those kinds of days.  The day definitely flies by when I’m doing that kind of work!