Yesterday morning I had the Nikon out and was just looking for something to photograph.  Around here, it’s either chickens or snakes so I chose chickens!

Mean Chicken’s babies hatched in the middle of June. 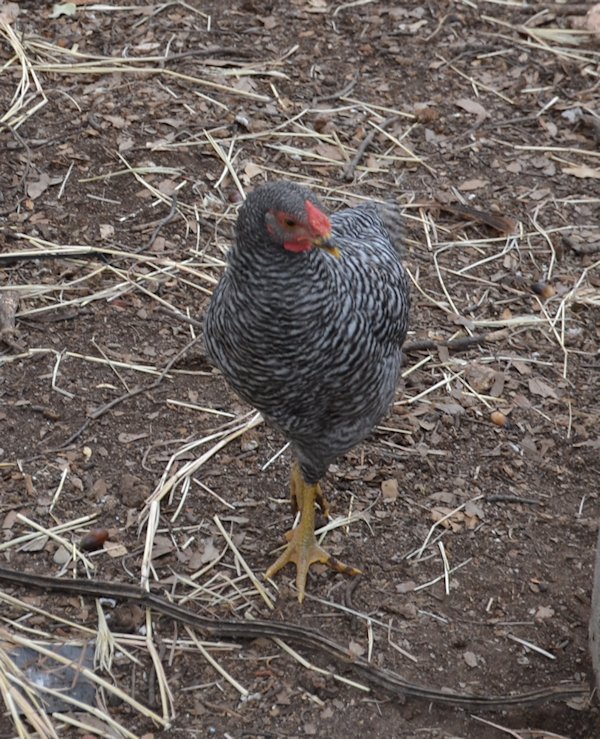 Still not sure how many are hens but the hens should be laying within the next month or so.  There are three Dominiques and one Silky. That poor little Silky tries to keep up with the others but she must be so tired at the end of the day. 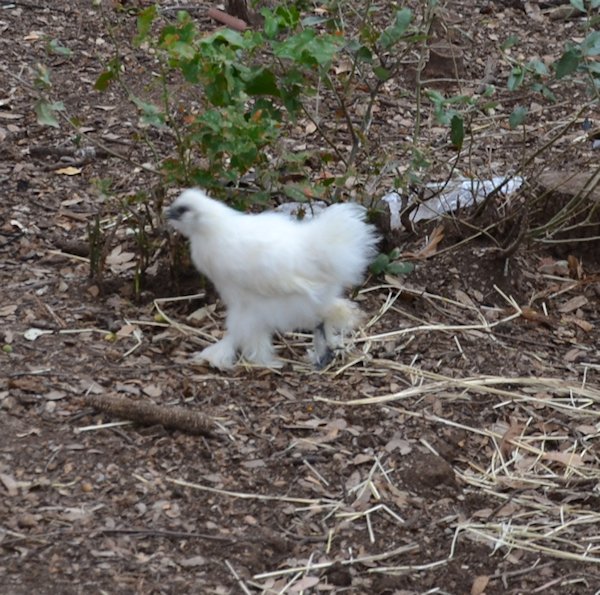 For the past three months, Mean Chicken has been sleeping in one of the nesting boxes with the four babies.  The nesting boxes are about 14″ x 14″.  Normally, the big chickens sleep on the roosts, which are two elevated boards in the coop.

For the past week, I go out to close the coop up for the night and the big chickens are all in but the four little chickens aren’t in.  I wait around and it sounds like there’s trouble in the coop.  When the babies started to go into the coop, one of the chickens was being mean to them and the babies would come running back out of the coop.  Finally, after several attempts, they would go in and everything seemed ok.

The other night I decided to open the big door and watch and see which chicken was being mean to them. It was Mean Chicken . . their mom!!  When the babies started in, she went after them, usually pecking the front one on the head.

I guess all four of them sleeping in the little 14″ x 14″ box was getting a bit tight and she’s trying to “wean” them off her.  She’s now sleeping on the roost and the babies are still sleeping in the nesting boxes.  Once Mean Chicken found her spot on the roost, the babies would come sneaking into the coop and waddle into the nesting box and there the four of them would sleep . . without their mom!

When the babies come up to her outside, she chases them away. It’s sad to watch, they don’t understand why mom is being mean, but I guess it’s nature . . she’s teaching them to stand on their own.

It made me wonder how many of us parents could take a lesson from the lowly chicken.  As parents, it’s really hard to see our kids struggle . . so much easier to take them under our wing, shelter them from the big, bad world but by doing so, we’re often not doing them any favors. There were plenty of times I wish I had the fortitude of Mean Chicken!