When Chad and Nicole arrived, Addie had been eating something that smelled like maple syrup.  I think Nicole said they were called wagon wheels or something like that.  Nicole bathed Addie and she’s asleep but Nicole and I were talking about it and Vince wasn’t paying attention but kept chiming in. 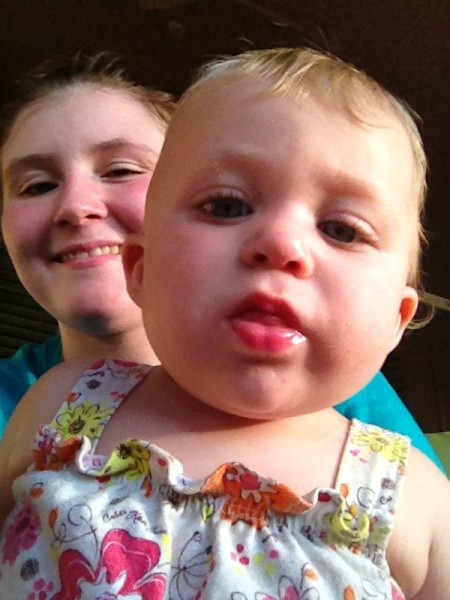 Me:  You bathed her, huh?
Nicole:  Yes.
Me:  She smelled like a bottle of maple syrup.
Vince:  You have soap that smells like maple syrup?
Nicole:  No, she was eating little things called wagon wheels and they are maple flavored.
Vince:  She was eating them in the bath tub?

Nicole and I were cracking up and Vince couldn’t figure out what was so funny!