Tomorrow I’ll show the additional colorings for Nicole’s sofa quilt but this evening, I’ll show you the fabrics I chose to use and how I got there.

I was hoping to use a coral/salmon where shown in the drawing but there aren’t many of those in my stash.  There’s plenty of pink and plenty of orange but not exactly what I was looking for.  The first few photos show the Blank Shade Cascade that I was going to use for the three greens but then realized that little piece is all that I have left and it isn’t enough! 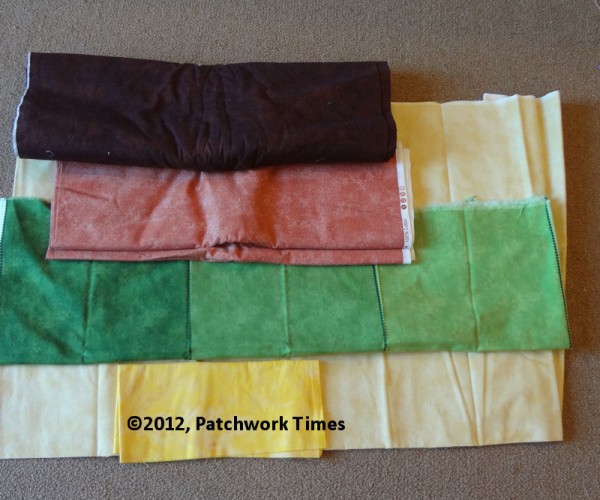 In the above picture I like the fabrics but think the brown is a bit too dark . . kind of overpowers the rest of the colors.  The background is a bit on the yellow side but I like it. 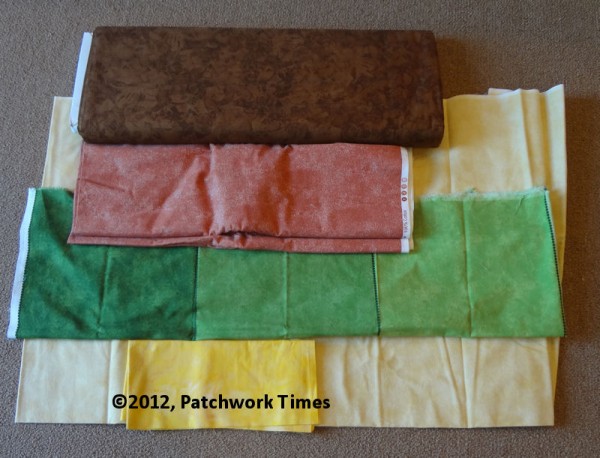 Here’s everything the same but a lighter brown.  I think that one is too light to stand out.  The brown is used just a little in the blocks and then again in the border.  I wish I had a brown that was between this one and the darker one but I don’t. 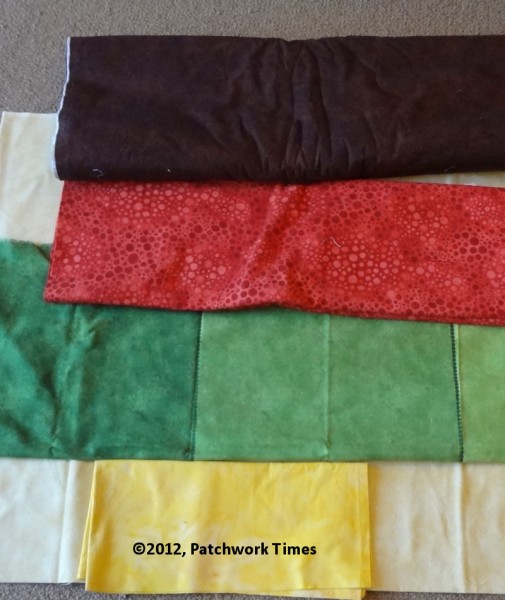 The peachy pink was swapped with an orange.  Everything else is the same.  I like the orange but still am not happy with the brown. 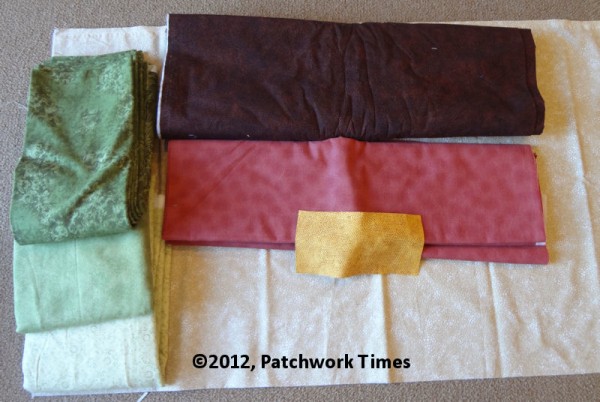 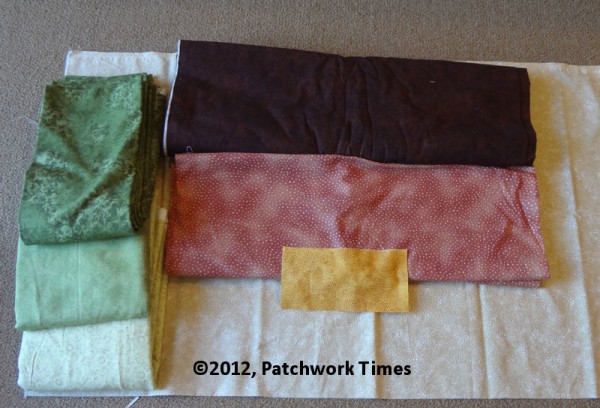 In this grouping, the peachy/coral fabric has been swapped.  This may be what I’m going to use.  I’ll take my own advice – this is not brain surgery . . it’s quilting!  If my colors aren’t perfect, no one is injured . . life goes on.  I’m not one to stress over the fabric choices.

Another thing to remember is that with the fabrics spread out on the floor, my eyes aren’t taking into account how much of each fabric will be used.  Even though the brown is darker than I prefer, there’s so little of it used except in the outer border that I’m not going to fret over its darkness.

As you might guess, I’ve made a huge mess in the sewing room trying to figure this out.