After having acquired three gallons of goat milk Friday,  the cheesemaking process began yesterday.  I’m doing a little experiment.  One gallon of milk was used for cheese which we will begin using as soon as it’s ready.  The second gallon will be used to make cheese that I will freeze and then see how it turns out after being thawed and the third gallon of milk is frozen and I will thaw it later and make cheese from it and see how that turns out.  Of course, I’ll let you know what that goes.

I will do a post about making the cheese, start to finish, once it’s done but here are a few things you might like to know if you’re feeling the desire to make chevre, or, goats milk cheese.

My favorite source for cheesemaking supplies is New England Cheesemaking Supply Company.  For chevre, if you don’t already have the supplies, this kit is a great start.

This morning, after sitting undisturbed for about 20 hours, the curds had formed and could easily be separated from the whey. 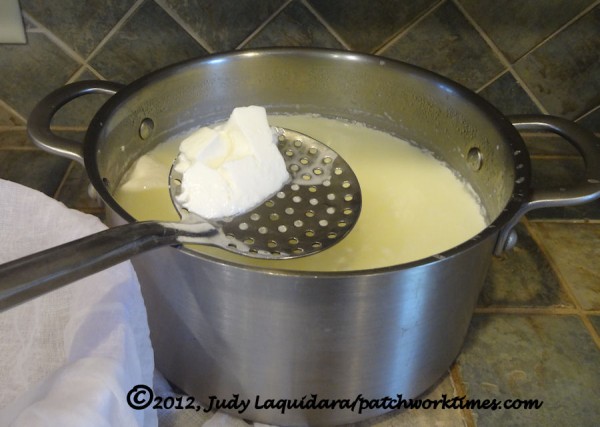 Whey is touted to have large amounts of protein and amino acids and is way too good to dump down the drain.  My white bread recipe calls for 2 cups of water so I freeze the whey in 2 cup containers and will use it in my bread in place of the water. 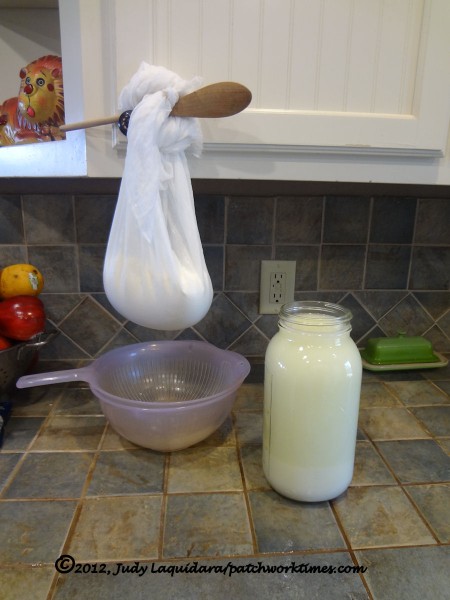 This morning, I  used 1 cup  of the whey in place of milk to make Apple Cinnamon Pancakes! 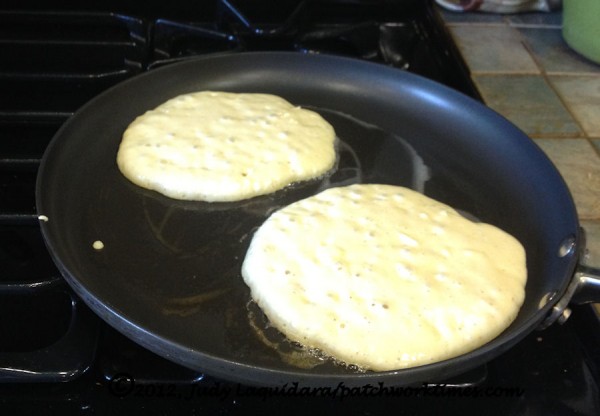 The picture may be a little blurry but the pancakes were delicious.  If you didn’t know I’d used whey instead of milk, you couldn’t tell.   It’s so nice to be able to use every drop of that milk for something yummy and nutritious. 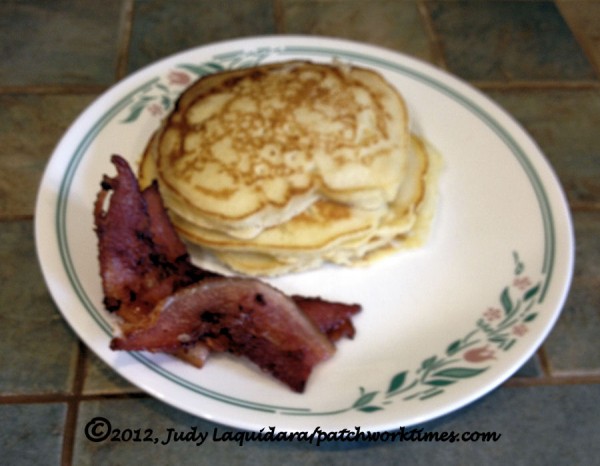