Yesterday we went to a local farm to get some goat’s milk.  I had no idea where I was going, which is pretty normal for me, so Vince went with me.  I’m so glad he did because . . well, this may surprise you, but sometimes I think he thinks I’m crazy!  🙂  He’s ok with having a garden and 25 chickens but he still breaks out in hives when I talk about getting a milk cow and a few goats.

Someone had told me about this lady and she doesn’t have a lot of milk . . just a few goats, but they had said her area was real clean and her kitchen was clean so I had asked for 3 gallons of goat’s milk.  I expected to get there and see a few goats.  Oh, my . . she had everything!!

I’ll just get the ugly part over with first.  These two turkeys were butt ugly!  I don’t know about that blue face.  Maybe with Memorial Day coming up . . and that red thing hanging down, they’re trying to be patriotic.  She said the blue sometimes changes . . I guess for Christmas if it turns green and the other part stays red, they’d be quite the festive guys.  There’s a mama turkey somewhere on a nest.  I’m glad I didn’t see her . . three ugly birds might have been too much. 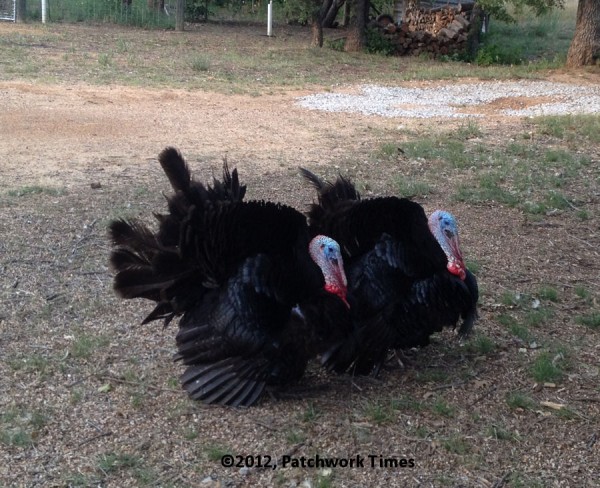 To make up for their ugliness, this guy decided to show all of his beauty! 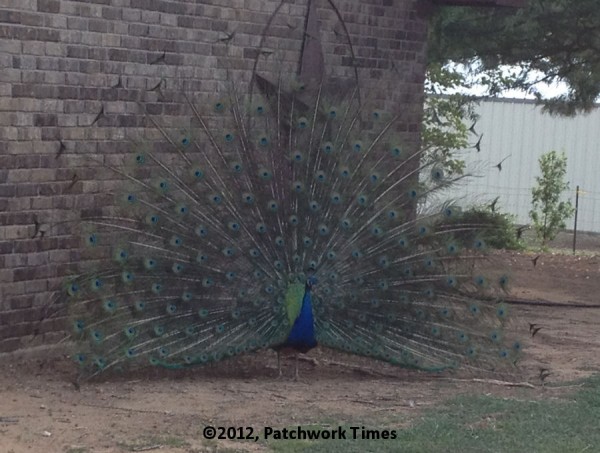 The colors in peacocks are so amazing.  And, how would you like to be able to do that?  Just have all your hair stand up like you stuck your finger in a socket . . just by thinking about it?  I wonder how that works.  He wouldn’t come near us but he strutted around and made sure we saw him.

Then there were the geese. 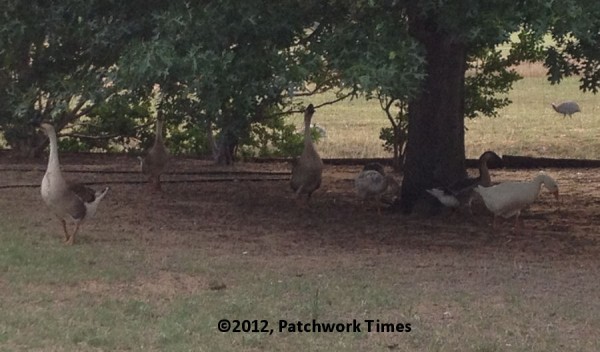 There were guineas too.  See that one way in the back?  The goose on the left is Charlie.  As soon as he saw us, he left the others and came running. 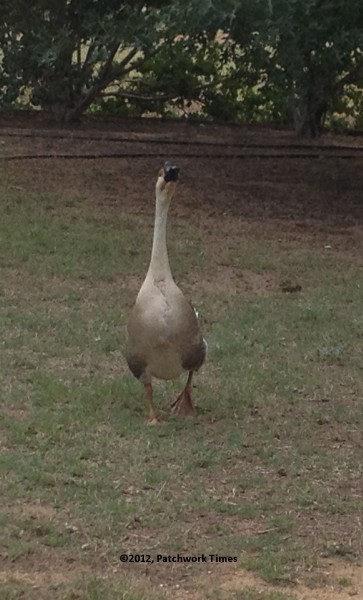 He couldn’t get to us fast enough!  The lady assured use he was friendly so we squatted down and he came waddling up to be petted.  Only problem was . . when we got ready to go, Charlie was ready to hop right in the car and come home with us.  No, Charlie!  No geese at our house . . yet. 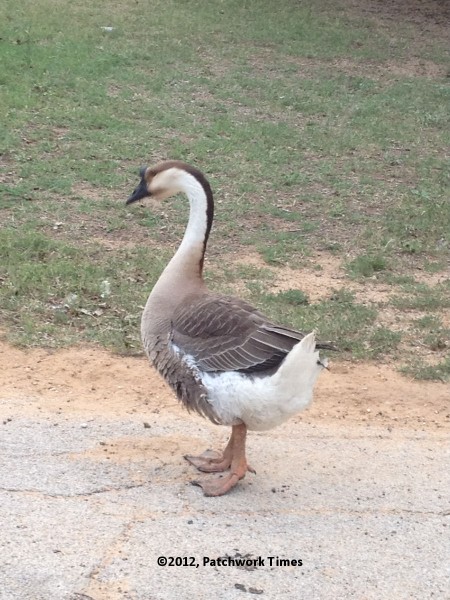 He turned and waddled away.  He was such a friendly guy!

They had just finished milking and the other goats had gone off to take care of business but this one was just wanting to get his head scratched. 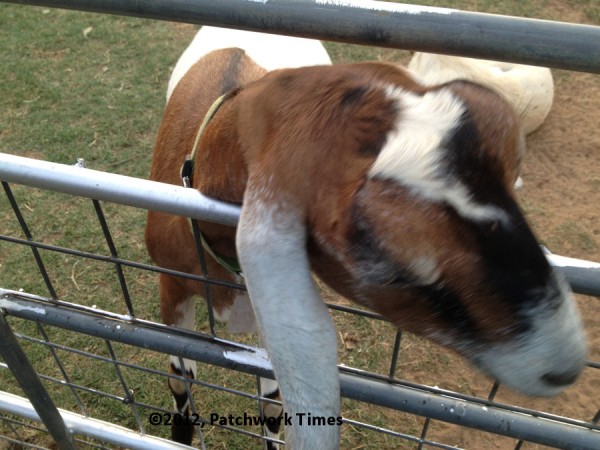 There were lots of chickens and ducks, and a few cats and a dog to protect the herd and cows and I don’t remember what else but it surely was a fun place to visit!

Vince asked lots of questions and I think he wouldn’t mind having a few more farm animals and he’s starting to see that I’m not the only weird one who likes having them, even though they’re a lot of work.