The yarn winder that I have is probably the least expensive one available.  It’s not that expensive or not expensive really makes a whole lot of difference I suppose and at some point, I have to ask myself . . how much is too much to spend?  I knit enough that I do need to have a decent ball winder and I think this one is no longer decent. 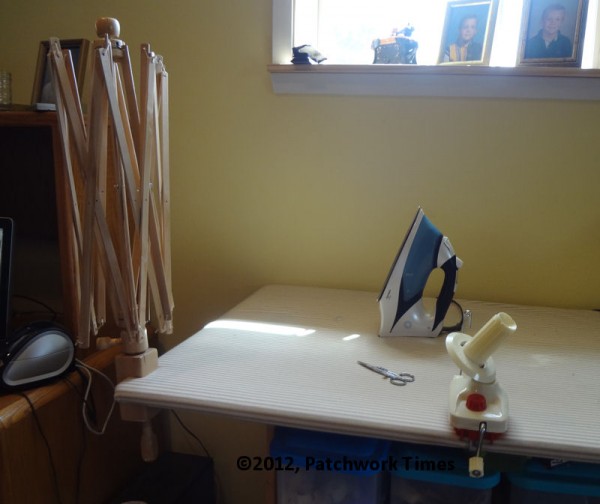 It slips and the yarn flies off and sometimes gets wrapped around the gears.  I’ve researched and come so close to ordering several different ones and after spending hours trying to decide which one to get, I still don’t have a clue which one is best.  I can wind one ball of yarn and my shoulder and wrist are aching.

If you’re a knitter and use a ball winder, which one do you use and do you like it?  If you’re using your husband’s legs and arms and winding by hand, that doesn’t really help me because I AM going to get a new winder.

The ladies at String Theory Yarn use this electric one and it makes the nicest, softest cakes.  They’re just barely tight enough to keep from falling apart so I don’t think the yarn is being stretched at all with this winder.  It’s probably the nicest cake I’ve ever seen.  But, I just cannot justify spending $500+ for a yarn winder.  Last night after winding one skein of yarn, I had my credit card out and was just about to order it and the I said . . I just can’t.  I might wind 30 skeins of yarn a year . . probably more like 20.  It comes with a one year warranty and I just can’t see buying it for the small amount of yarn I wind.  But, it sure would be nice!  🙂

Those same folks also have one that’s not electric but it’s $219.  How much better can it be than a good plastic one that costs $50 . . especially for the amount of winding I do.

This one was in the running but when I look at those pictures and where the bar is that attaches it to the table, I can see me hitting my knuckles on that bar and I’m using my right hand which has the finger that had the cyst removed .. the cyst that came back bigger and more sore than before.   Gently touching that knuckle is painful and I surely wouldn’t want to bang it against that bar.

The most highly recommended winder is the Royal Ball Winder.  I question whether it’s that much different from the one I have but I guess for the price, it’s worth a try.  It’s kinda hard to believe that (1) I’m struggling so much with this decision and wasting so much time with it and (2) as popular as knitting is these days, there seem to be so few choices.

I’m anxious to hear what the rest of you use.