Since leaving my Kindle Fire at mom’s and while waiting for the new Kindle Touch to arrive, I got out my old Kindle 2nd Generation to use.   I tried to download books to the computer and then using the USB and cord, to transfer books from the computer to the Kindle but I couldn’t get that to work.  The computer wouldn’t recognize that anything was plugged into the USB port and Vince was going to look at it and never did.  This morning as I went to remove the Kindle cord that was still laying on the floor by the computer, I noticed this. 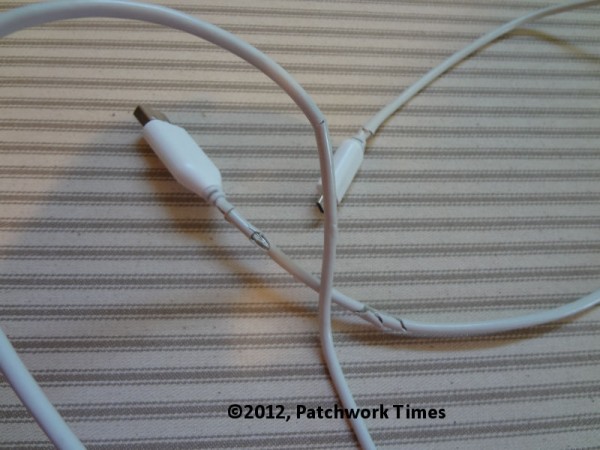 My first thought was that Speck had chewed the cord.  It’s been many years since he chewed anything but you never know.  Then I noticed the rubbery stuff was cracked everywhere and was just falling off the cord. 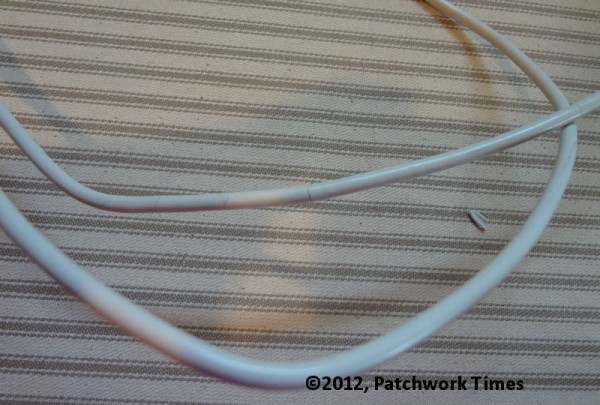 I called Amazon and yes, that’s a known problem for 2nd generation Kindles purchased in 2009 and 2010.  They said to definitely not use the cord as it can be hazardous.  They’re sending me a new cord, which was nice but I think, since they know just about everyone who has a Kindle, they should have been a bit pro-active and contacted us.

If you have a second generation Kindle (or maybe any Kindle), please check your cord and check it often.  Mine was not like this at all when I plugged it in last week.