Yesterday Vince decided to build a small run for the big chickens and let them out while we could watch them and see what they would do. 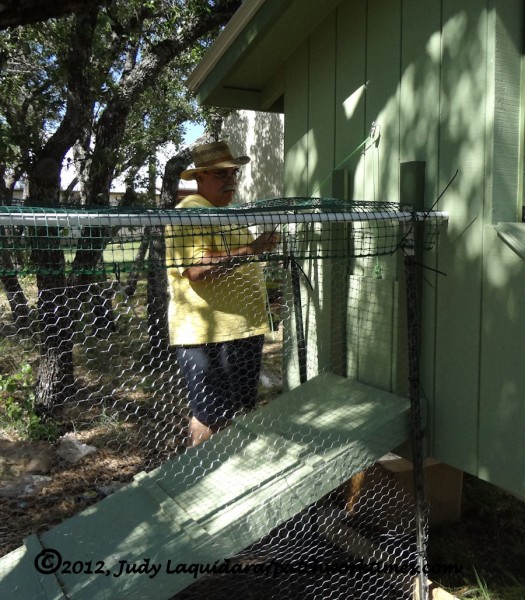 When it got time to let them out, we opened the little side door.  Some of them looked out, some of them ran to the other side of the coop but not one of them would venture out into the world. 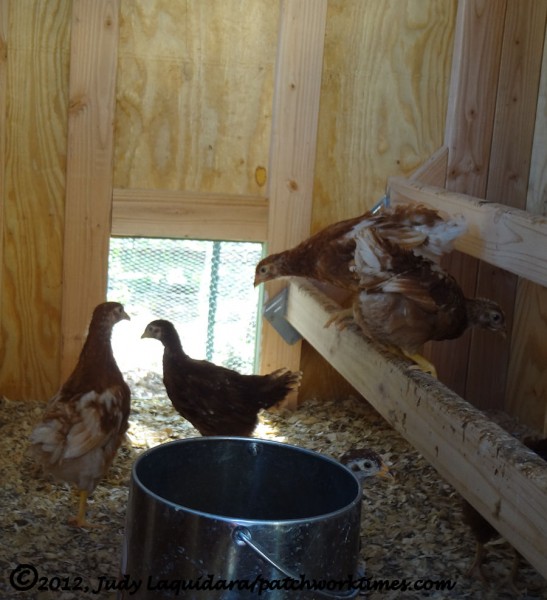 Finally a couple of them stepped out. 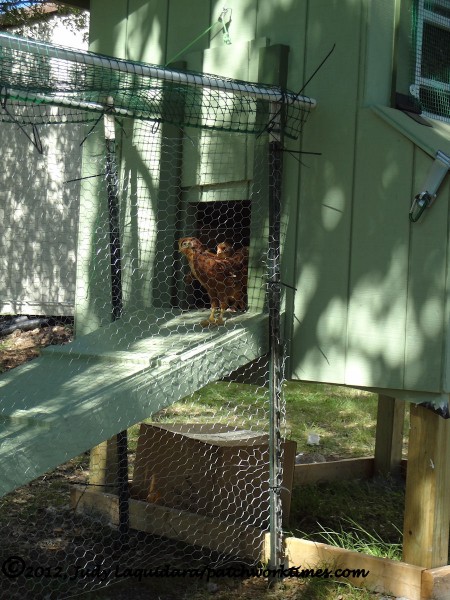 We dropped some wheat down the ramp and they would go down just a little ways and run back into the coop. 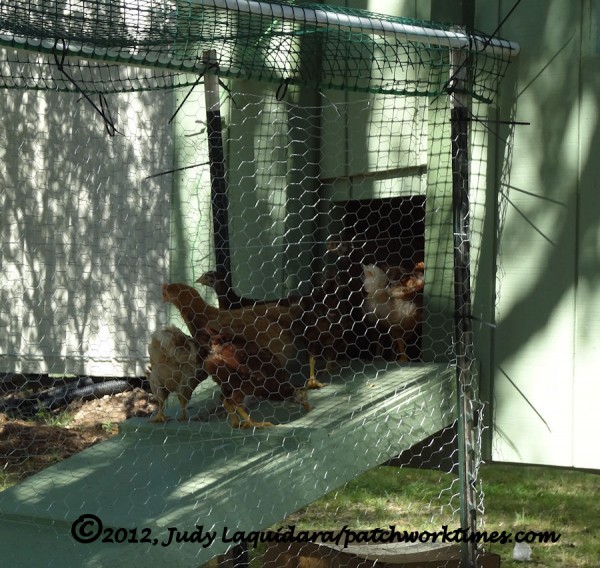 Once they went back into the coop, it was hard to get them to come back out.  I dropped some lettuce down the ramp and finally got a couple of them all the way down to the ground. 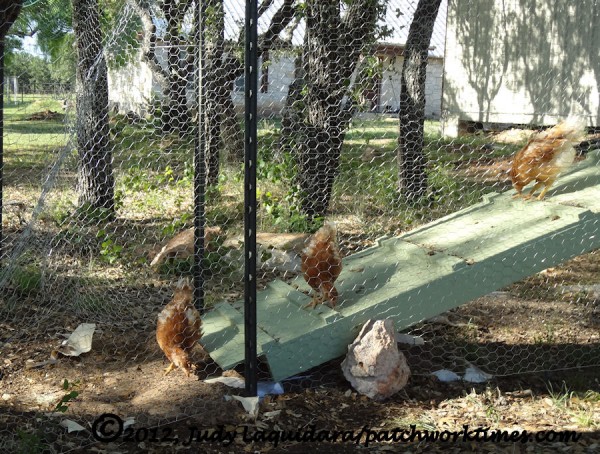 Once they went back into the coop, they stayed . . no more coming out for this day.  They are so scared of anything new but they’ll get used to being outside and then they won’t want to go back inside.

I’m pretty sure these chickens are the exact same kind I had in MO.  We called them Red Stars or Sex Links.  Some call them Golden Comets but I  believe they’re all the same or close to the same.  There are 6 of them and probably 1 Buff Orpington.  The others, all 7 of them are probably Rhode Island Reds.  They are some crazy chickens!!