Last week when I whined about my iron refusing to heat up, a blog reader wrote me that she had the same iron that she didn’t like and she would be happy to send it to me.  I was thrilled.  She sent it on Monday and sent me all the info and told me it would be here on Wednesday.  It did arrive on Wednesday and I didn’t even realize Vince had gotten it til Wednesday night.  Last night I opened the box, set it all up and started ironing.  The iron steams so much but I’m no longer recommending it due to mine failing 18 months after purchase, especially since at least 6 months of that time, it wasn’t being used due to the move.  Enough blog readers have written me that they had the exact same problem that I will not buy another one of these.

But, thanks to the generosity of a blog reader, I have another one. 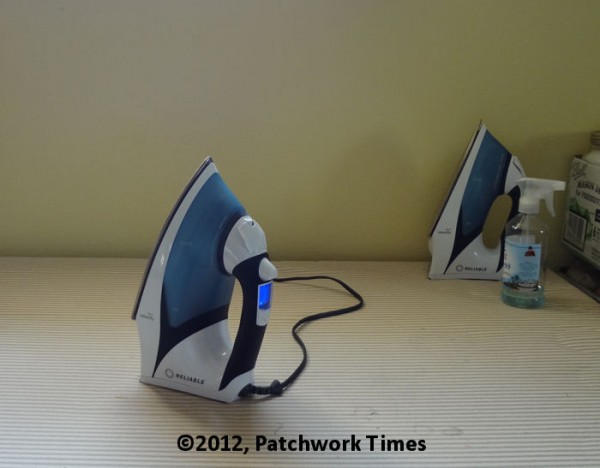 The one sitting in the back corner is my broken iron.  I’ll keep it for parts .. I guess.

This morning I grabbed the box in which the iron arrived so I could toss it out and it seemed heavy.  On further inspection, there was a second iron in there! 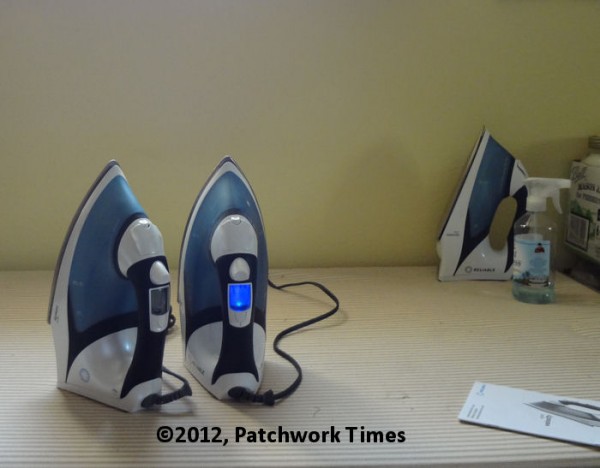 I wonder if I could get more accomplished if I ironed with both hands at the same time! : )  Oh, my . . I am happy!  I have a backup and I feel very blessed to have been the recipient of these two irons.  Thank you so much!!